Huseyin Kurtdere, 39, will no longer be charged in the US over his wife’s death

A Turkish military officer who allegedly beat and held his wife captive in their Tampa apartment while stationed in Florida will not face criminal charges in the US for her death.

Huseyin Kurtdere, 39, was arrested and charged with battery and false imprisonment in July for the killing of his wife, Nalan, 38.

Kurtdere, a major in the Turkish military on assignment to US Central Command at MacDill Air Force Base, is accused of tying Nalan up with bed sheets and fitness bands to stop her leaving their apartment in Hyde Park and drugging her with melatonin.

Authorities said he got one of their three children, aged under one, four and seven, to help tie up their mother.

US prosecutors announced in a Tampa court hearing Thursday that Kurtdere will no longer be charged over her death in America – where the crime took place – but will be handed over to the Turkish government.

Prosecutors did not explain the reasons for the case leaving the US in the hearing but Burç Ceylan, the consul general for the Turkish Consulate in Miami, told the Tampa Bay Times Turkey has jurisdiction over the case because of a NATO agreement between the two countries.

Ceylan said the Status of Forces Agreement determines which NATO country has jurisdiction over criminal matters committed by members of their respective armed forces.

Kurtdere, Turkey’s senior representative to CentCom – an alliance that aims to tackle international terrorism – and Nalan are both Turkish citizens, meaning Turkey has primary jurisdiction over the US.

Kurtdere requested the case be moved to his home country the request was accepted. 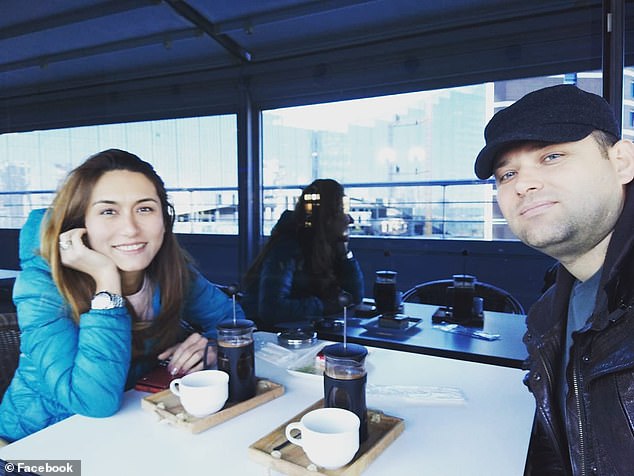 Turkish military officer Kurtdere allegedly beat and held his wife Nalan captive in their Tampa apartment while stationed in Florida. Pictured the couple together 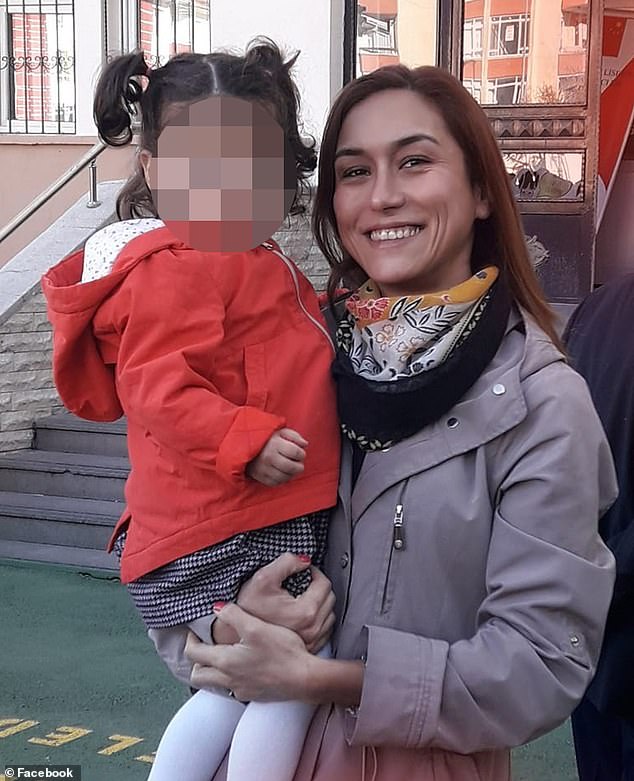 Nalan pictured. Prosecutors Thursday said he will not face criminal charges in the US for her death as Turkey has jurisdiction over the case because of a NATO agreement between the two countries

Emergency services were called to the Hyde Park home where the Kurtderes lived with their three children on July 27.

Police and paramedics found Nalan’s body on the bedroom floor with Kurtdere over her trying to resuscitate her, according to court records.

Kurtdere later told investigators he believed his wife was suffering postpartum depression after the birth of their youngest child and had been prescribed medication.

He said she had stopped taking the medication because she was breastfeeding and the infant had reacted to it, records show.

Kurtdere claimed his wife had been acting erratically for several days so he tied her up with bed sheets and fitness bands to stop her leaving and drugged her with melatonin to get her to sleep, the arrest warrant states.

He told police he untied her and put her in their daughter’s bed on July 25, adding that she had a weak pulse at the time. 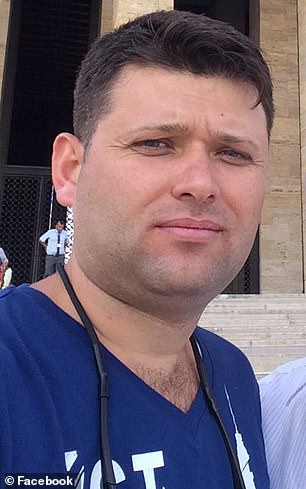 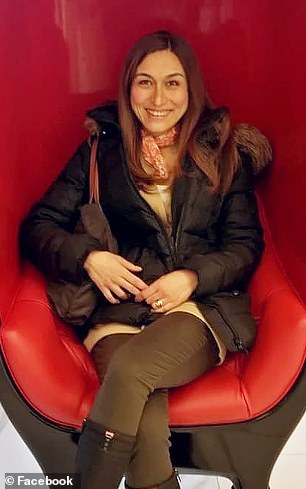 Kurtdere (left) is accused of tying Nalan (right) up with bed sheets and fitness bands to stop her leaving their apartment in Hyde Park and drugging her with melatonin. Authorities said he got one of their three children, aged under one, four and seven, to help tie up their mother too

Two days later on July 27, Kurtdere said he found her dead in the bed and called police, the warrant says.

Police said the father made one of the young children help restrain their mother.

The child told authorities they saw their mom bound with fitness bands and gagged with a sock.

Kurtdere was arrested and booked in to Hillsborough County Jail in July.

His bail was set at $245,000 and he was scheduled to appear in Tampa court in November.

Kurtdere will be taken to Turkey where the case will be handed to authorities which will decide whether to pursue charges.

It is not clear what will happen to the couple’s children who were all placed in the custody of the Florida Department of Children and Families after Kurtdere’s arrest for their mother’s death.