A British sailing crew gave up on winning a race across the Atlantic Ocean to save the life of a sea turtle trapped in a plastic fishing net.

The crew spotted the turtle struggling in the sea around 200 miles north of the Cape Verde Islands, and decided to stop to help.

Photographs capture the rescue effort as the crew haul the turtle out of the water and cut it free from the net before releasing it back into the wild.

Free again: The crew on the sailing boat release the turtle back into the ocean

Michelle Howell, a retired West Yorkshire Police detective, was taking part in the Atlantic Rally for Cruisers with her husband and their crew, when they spotted the struggling Loggerhead turtle in the distance.

Mrs Howell, who now runs a sailing company said: ‘When we first spotted the turtle, although at first sight we thought it was a whale.

‘When we got closer we then saw it was a plastic fishing net with what looked like a dead turtle trapped in it.

‘As we neared the net, the turtle then attempted to swim away from us but couldn’t as it was so tied up and obviously tired and very weary 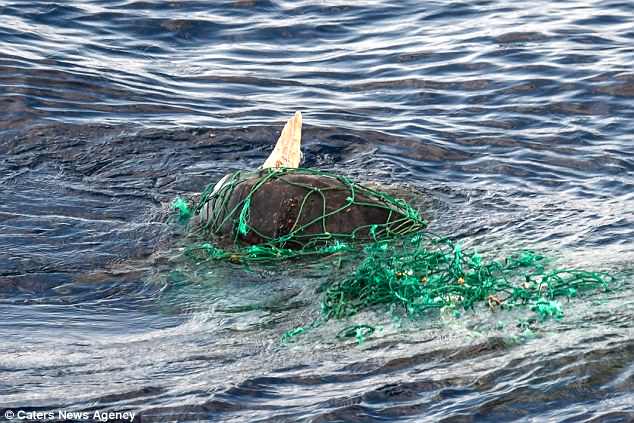 In need: The crew spotted the struggling turtle stuck in a fishing net some 200 miles north of the Cape Verde Islands in the Atlantic Ocean 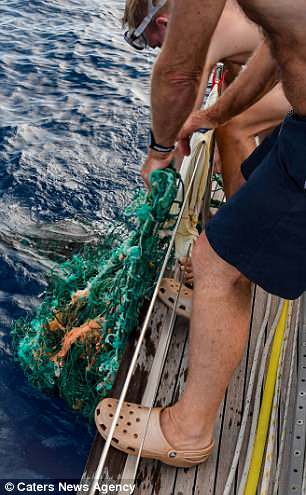 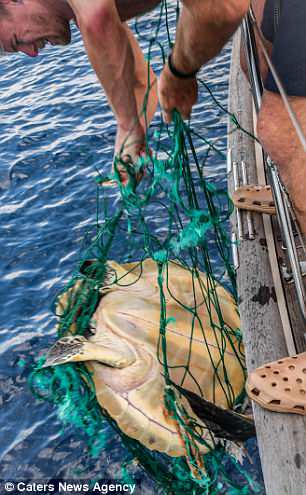 Rescue mission: They decided to break off from the Atlantic Rally for Cruisers  to help 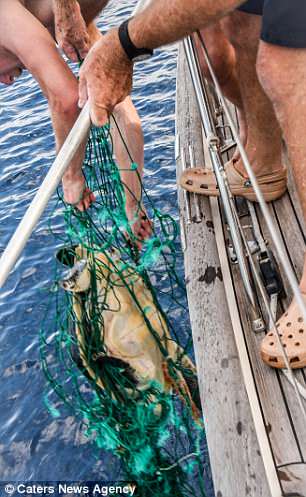 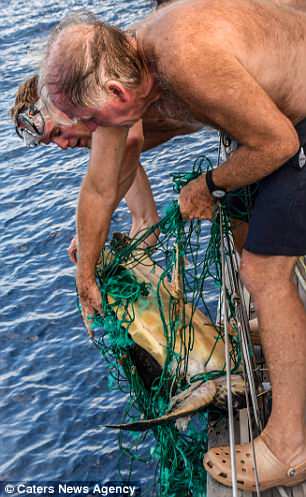 Effect of pollution: Photos show the crew hauling the turtle out of the water and onto the boat

‘We hauled it aboard and cut it free from the net and by that point it had stopped struggling, almost as if it knew we were trying to help it.

‘Once we had cut it free and released it back into the ocean we were all so jubilant, tears of joy were shed amongst us at what we had achieve.

‘It was the absolute highlight of our three week crossing and something none of us will ever forget.

‘We are all so proud of our rescue that day.

‘The pollution in our oceans has got to stop, as a sailor I have come across so much unnecessary pollution, especially in the Mediterranean Sea where the garbage has nowhere else to go. 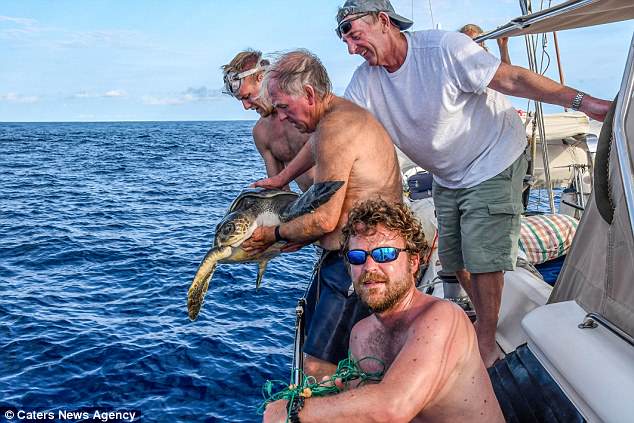 Drop on three: After cutting the turtle free from the net, the crew released it back to freedom 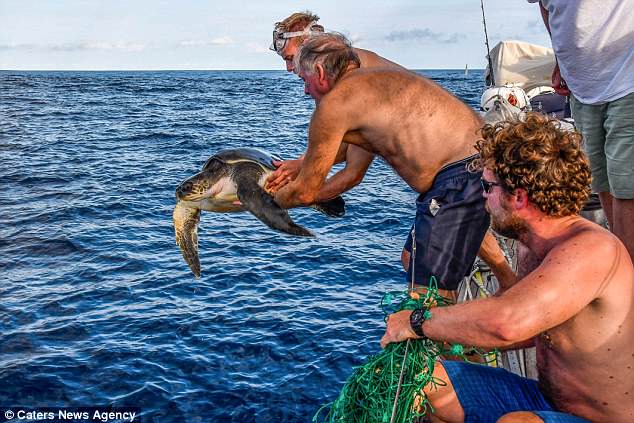 Back she goes: Retired West Yorkshire Police detective, Michelle Howell, who was part of the crew with her husband, said everyone on board cried tears of joy when the turtle swam away

‘I have literally sailed through garbage at the top of the Adriatic Sea where it seems to gather in a bottleneck.

‘The effect on wildlife is horrendous, especially turtles and whales who seem to eat plastic mistaking it for food.

‘Fishermen also have a part to play in reducing the plastic pollution by not leaving nets floating around the oceans which catch unsuspecting creatures and trap them, usually resulting in death by drowning.’