Tutankhamun: Treasures Of The Golden Pharaoh

When Pharaoh Tutankhamun died in about 1323 BC, those who followed were determined to write him out of history – even scratching his name from the monuments created to commemorate his reign.

But thanks to Howard Carter, who excavated his tomb in 1922, the 19-year-old boy king with a club foot has become the most famous pharaoh of all.

This grand show promises to be the largest Tutankhamun exhibition staged outside Egypt, and the last time these timeless treasures will ever leave those shores. 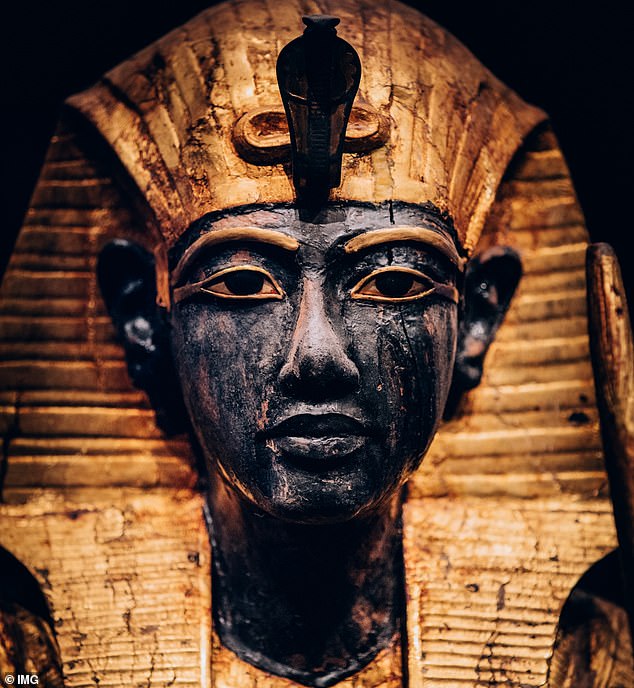 Among the 150 original artefacts from Tutankhamun’s tomb, is one of two life-sized guardian statues of the king that flanked the entrance to his burial chamber

Among the 150 original artefacts from Tutankhamun’s tomb, 60 of which have never left Egypt before, is a gold inlaid miniature coffin that contained the king’s liver after it was removed during mummification.

There is also one of two life-sized guardian statues of the king that flanked the entrance to his burial chamber. Sadly, Tutankhamun’s golden death mask is not part of the show – deemed too fragile to travel.

Thirty years ago I saw these treasures in the dusty and leaking rooms of the old Museum of Cairo. But the triumph of this show is the context in which these beautifully crafted objects are displayed, offering a real glimpse of the way Tutankhamun lived and played as a boy king. 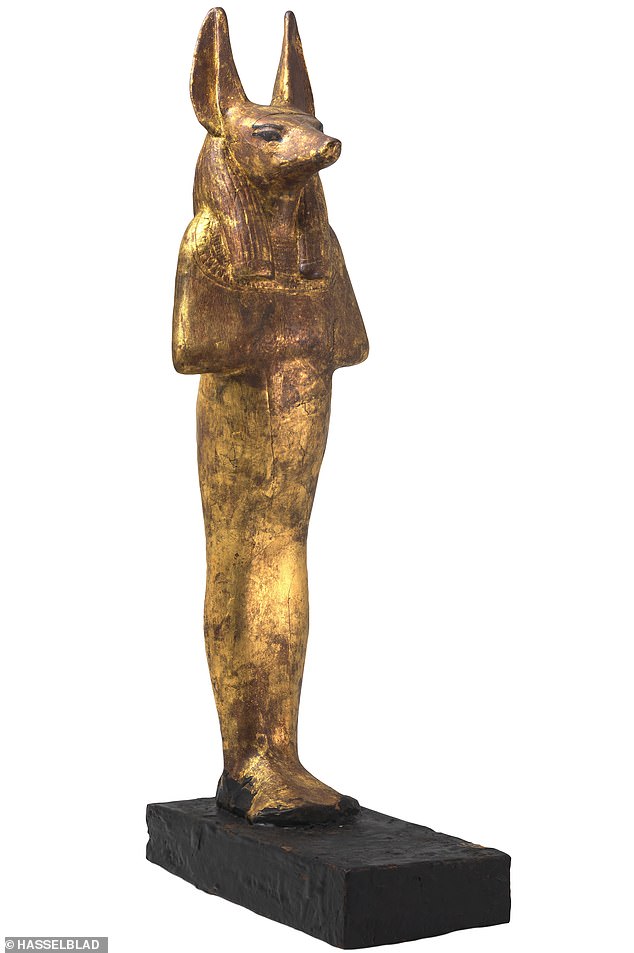 The Ancient Egyptians believed that a person died twice: once literally, and the second time when people stopped speaking his name (above, a gilded wooden figure of the god Duamutef)

We even see the vessels used to contain the food it was believed Tutankhamun would need to sustain him in the afterlife. Particularly exquisite is a lovely alabaster cup, called the Wishing Cup by Howard Carter.

The inscription reads: ‘May your soul live thousands of years, may your eyes see wonderful things.’ In addition to the exhibition there’s an incredible virtual-reality ride, which lasts eight minutes and takes you deep and eerily into the tomb in the same way Carter first discovered it.

The Ancient Egyptians believed that a person died twice: once literally, and the second time when people stopped speaking his name. Tutankhamun, therefore, has had the last laugh: the fame of his burial chamber has rendered him immortal.

There’s been criticism of the entrance fee (about £27) and the additional price of the VR tour (around £16). The prices of the Tut tat at the gift shop are exorbitant, too.

But this is a deeply evocative and beautifully curated exhibition. And it costs less than a night at the opera.

Alan Davie was an eccentric Scot with a fondness for flinging paint about the canvas. It’s little wonder he took a while to break through in post-war Britain.

One fan, though, was the young David Hockney, who attended Davie’s first retrospective, in Wakefield in 1958. This exhibition compares work by both men, with emphasis on the senior artist’s impact on the junior.

The trouble with shows comparing one artist to another is that, all too often, similarities can be exaggerated and relationships with outside figures ignored. But that’s not the case here. 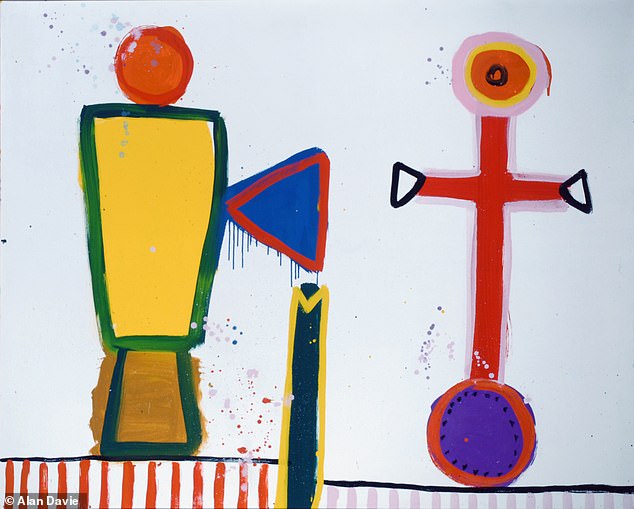 Alan Davie was an eccentric Scot with a fondness for flinging paint about the canvas (Cross For The White Birds, 1965). It’s little wonder he took a while to break through in post-war Britain

The curators acknowledge that the artists’ paths soon diverged, Hockney’s into pop art and Davie’s into mysticism.

In fact, the final paintings here are as good as any on view – especially Hockney’s, as it was with these that he really came of age (1964’s The Actor features the statue of an Egyptian pharaoh in a contemporary English living room).

This show is a win-win: resurrecting the largely forgotten figure of Davie, at the same time presenting Hockney’s art in a fresh light.