A schoolboy was left with horrific injuries after ‘bullies’ forced him to recreate a YouTube stunt known as the ‘Roundabout of Death’.

Tyler Broome, 11, of Tuxford, Nottinghamshire, was left with possible damage brain damage, blurred vision and bulging eyes after being found unconscious near a playground roundabout.

The youngster had been told to sit in the middle of the wheel by a group of teenagers who spun him around at high speed using the rear of a motorbike wheel.

Doctors say his injuries are the result of  being subjected to extreme levels of gravitational force (known as G-force) normally only experienced by pilots and astronauts.

Medics told his devastated mother the G-force has sent blood and other fluids rushing to the youngster’s brain, which could leave him vulnerable to a stroke.

Tyler Broome, 11, was left with possible damage to his brain and vision and with bulging eyes after being found unconscious near a playground roundabout 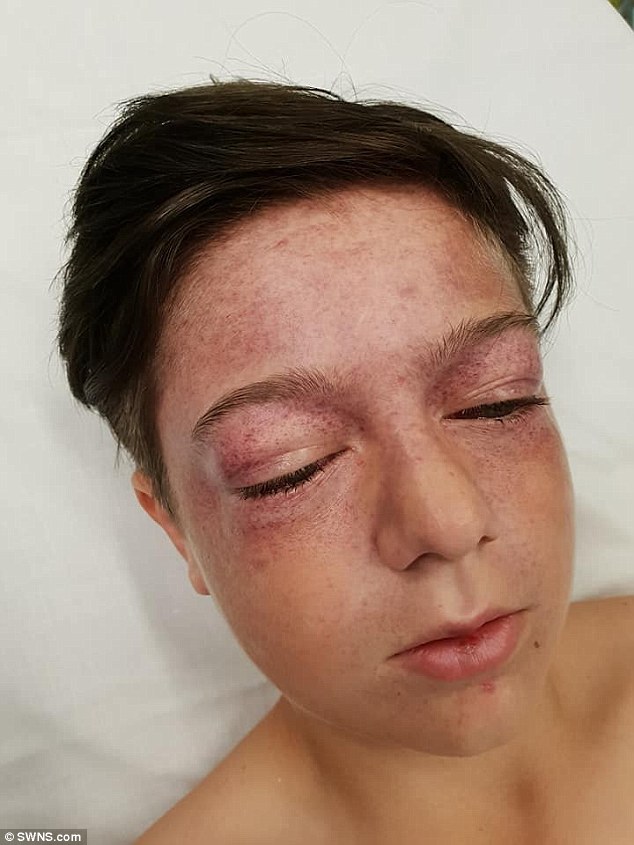 In shocking footage circulated on social media, Tyler appears to have passed out during the ride but the teenagers around him do not appear to realise, and continued to rev the engine of the motorbike powering the wheel.

Tyler with his friend at the park near his home when the pair were approached by a group of older teenagers – one with a motorcycle, his mother Dawn Hollingworth claims.

Ms Hollingworth, 51, says the group wanted to recreate the YouTube stunt, which involves the rear wheel of a motorbike being placed against the roundabout to spin it at high speed.

She says her son was encouraged to sit in the middle of the roundabout while it was sent spinning, subjecting the boy to enormous G-force.

Ms Hollingworth is now waiting by his bedside and hoping that the swelling on his brain will subside.

The Tuxford mother said: ‘I don’t recognise my child – he is on the verge of having a stroke.

‘Tyler sat on the roundabout, and the boy who came over was about 17. Tyler doesn’t know him, they are not friends.

‘He puts his motorbike on the floor, gets the roundabout spinning at such a speed. When they all stopped, the group just cleared off – it is bullying.’ 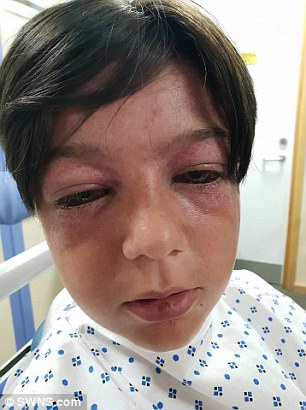 After: Young Tyler has been left with bulging red eyes as a result of the incident at a park in Tuxford, Nottinghamshire

Tyler had to be immediately rushed to the Queens Medical Centre, in Nottingham for treatment for severe injuries.

His mother claims his injuries are so rare hospital staff had never witnessed anything like them before and had to research it before they could treat him.

She added: ‘The injuries were so extreme he just looked like elephant man.

‘They have never seen it before, they are going to make a medical report from it.

‘His head has completely swelled up, his blood vessels have burst, his eyes look alien.

She also took to Facebook to share her devastation and find the people responsible: ‘A decent young lad who I only know as Liam who lives in Tuxford who entered the park and saw my son laying on the ground ran and called an ambulance. 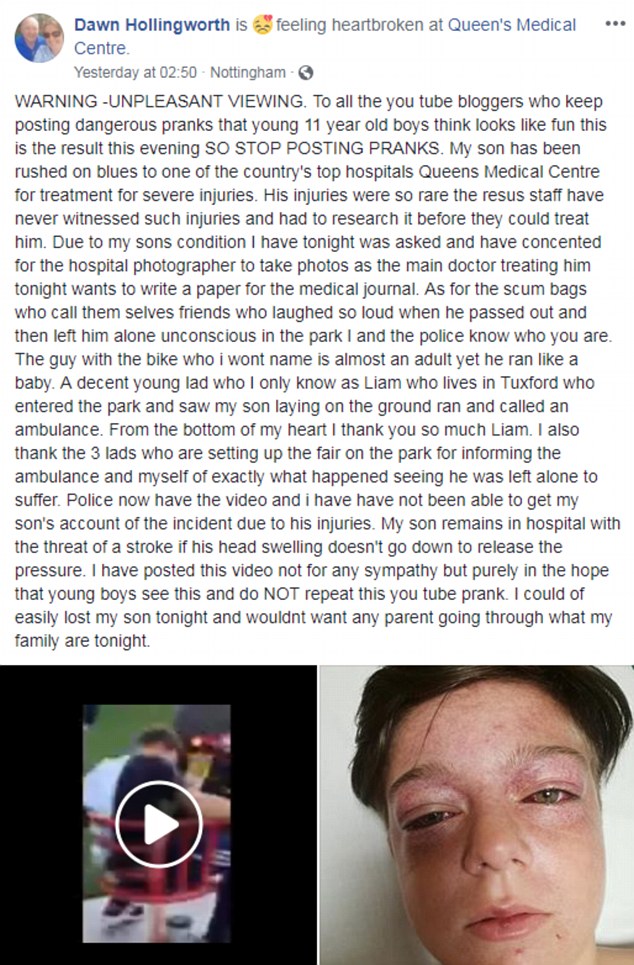 ‘My son remains in hospital with the threat of a stroke if his head swelling doesn’t go down to release the pressure.

‘I could of easily lost my son tonight and wouldn’t want any parent going through what my family are tonight.’

She continued: ‘The bruises will take four to six weeks but doctors just don’t know how long internal symptoms will take. We are just taking each day as it comes.

‘I feel so frustrated that there is such a site like YouTube where bloggers get paid for putting such ideas and videos into young children’s heads.

‘There needs to be some discussion about banning these videos after what’s happened to my son.’

A Nottinghamshire police spokesman said: ‘Police are investigating after a boy sustained serious head injuries at a park in Tuxford Wednesday (12 September).

‘The boy fell off a roundabout in Ashvale Park after a moped is believed to have been used to spin it around.

‘The boy remains at the QMC in a serious but stable condition. If anyone has any video footage of the incident, or was in the area at the time, please call us on 101, quoting incident number 62 of 13 September 2018.’ 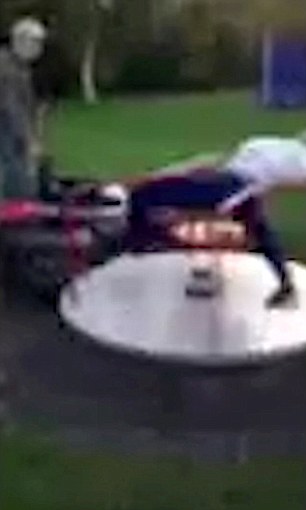 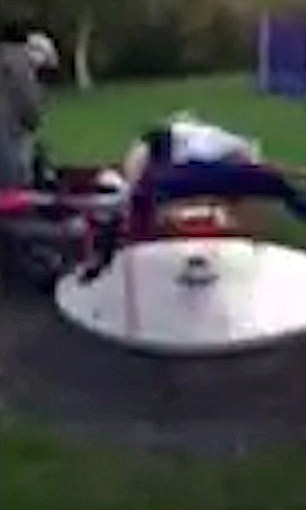