An Argentinian TV news channel made an awkward blunder after announcing the ‘important writer’ William Shakespeare had just died in an evening news report.

Viewers were left completely baffled on Thursday evening when Noelia Novillo, a newsreader on Canal 26, reported that William Shakespeare, ‘one of the most important writers in the English language’, died this month.

The ultimate comedy of errors came after an 81-year-old man from Coventry called William ‘Bill’ Shakespeare died five months after getting the Covid-19 vaccine and was mistaken for the 16th century playwright.

According to The Guardian, Novillo announced on air: ‘As we all know, he’s one of the most important writers in the English language – for me the master. Here he is.

‘He was the first man to get the coronavirus vaccine. He’s died in England at the age of 81.’

Viewers were left baffled on Thursday when Noelia Novillo (pictured), a newsreader on Canal 26, reported that iconic playwright William Shakespeare had died this month 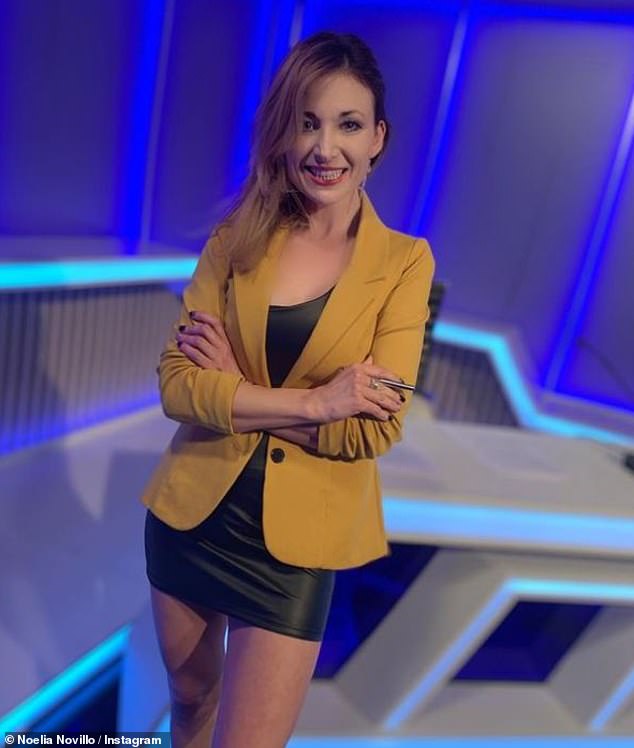 William Shakespeare famously died in 1616 after penning 38 famous plays, including Romeo and Juliet, Macbeth, Twelfth Night and As You Like It.

While Bill Shakespeare, who was the second person in the world to get the Pfizer vaccine in December last year, died of a stroke on May 20, which was unrelated to his Covid-19 jab.

Viewers were quick to take to Twitter to point out the monumental TV blunder, pointing out that although the two men share a name, more than 400 years had passed since the Bard’s death.

One person wrote: ‘Ok … If that man really was called ‘William Shakespeare’ and he was a ‘famous writer’ … Wow!

‘Either he was the same (over 400 years), or he was a clone or he was reincarnated. Although you do not believe it!’

Another joked: ‘Damn! Who could imagine such a tragedy? The death of William Shakespeare has taken us all by surprise, with just 457 years. Gone in the prime of life…’ 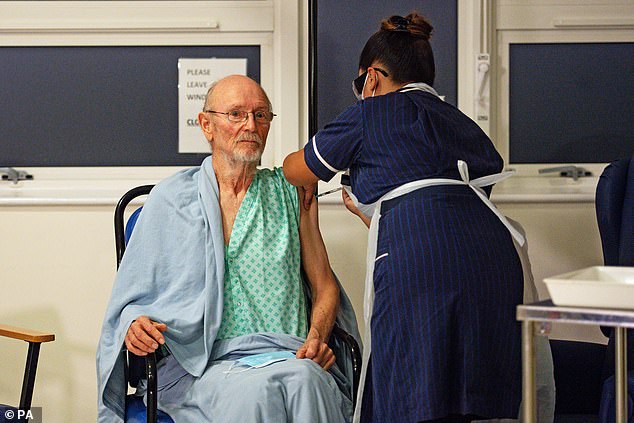 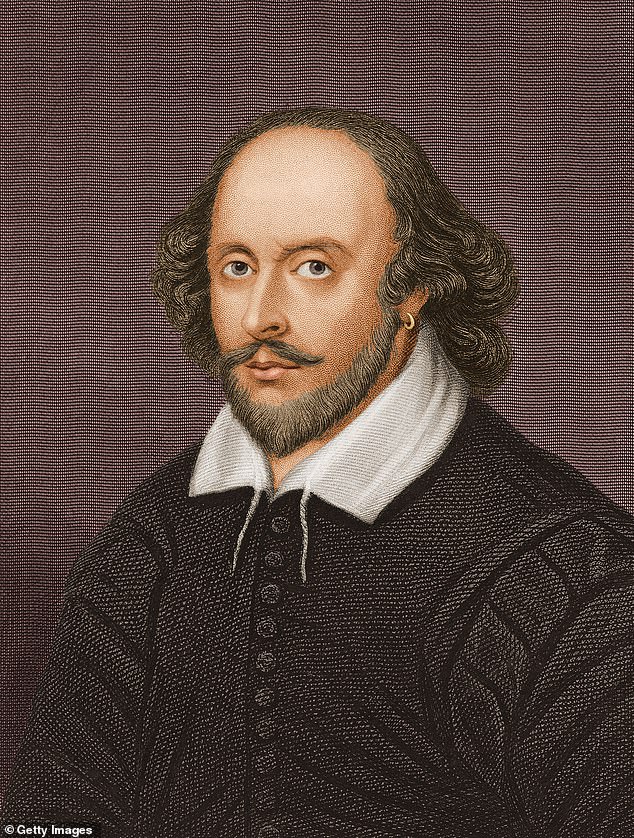 William Shakespeare (pictured) famously died in 1616 after penning 38 famous plays, including Romeo and Juliet, Macbeth, Twelfth Night and As You Like It

A third tweeted: ‘There were only a few years between them’

And a fourth quipped: ‘Such a fuss over William Shakespeare’s death, but they didn’t mention that he was in such a bad way that he hadn’t produced a hit in centuries. Over-rated.’

But in the days after his Covid jab, Coventry-born Bill Shakespeare’s family did claim that he had been believed to be related to the Hamlet author.

His niece Emily Shakespeare, a PhD candidate at Waterford Institute of Technology in Ireland, said relatives thought the connection was very likely.

She tweeted at the time: ‘Around 86 per cent sure we are. Bill’s ancestors closely follow Coventry’s past with the industry there. And I have glimpsed a connection with the ‘Kerseley branch’ of the Bard’s descendants.’

Ms Shakespeare added that her uncle was ‘English through and through’, and there was no link to Ireland.

He was the second person to get an approved vaccine after Margaret Keenan, 91, got hers at the same hospital moments earlier.

Mr Shakespeare, who was a long-term patient at the Coventry hospital’s frailty ward, died after a period of illness at the same hospital where he famously received his vaccine. He leaves behind his wife Joy, their two adult sons and four grandchildren.