Conservative council election candidate George Stoakley, pictured, is alleged to have made a highly offensive tweet referencing Anne Frank’s effort to hide from the Nazis

A prospective Conservative Party councillor who is running in next month’s local elections has deleted offensive tweets referencing Anne Frank and AIDS.

George Stoakley, who is running for the Tories in Fenn Ditton and Fulbourn in South East Cambridgeshire, made the tweets in 2013.

One tweet, which is believed to refer to Anne Frank and her family’s two-year effort to hide from the Nazis in Amsterdam, has since been deleted, along with several other offensive messages.

The 23-year-old would-be politician describes himself on his twitter biography as a Libertarian Conservative.

After the controversial tweets were discovered yesterday afternoon, Mr Stoackley made his Twitter feed private.

He had earlier begun deleting some of the controversial messages before taking his account private.

He also appears to have deleted his LinkedIn account.

MailOnline has made several attempts to contact Mr Stoakley who has yet to comment on the controversy.

As well as the Anne Frank message, made on July 10, 2013, other comments included: ‘Some people call it aids, I just call it weaponised semen’.

He also made comments about loosening the UK’s strict firearms laws.

He continued: ‘What the f*** getting pregnant at 11, and giving birth at 12 dirty little s*** should have the child taken away.’

His old comments follow a pledge given by Conservative Party Chairman Brandon Lewis who unveiled the party’s Respect Pledge ahead of next month’s election.

Speaking at the Conservative Councillors’ Association meeting on March 3, Mr Lewis said: ‘Robust debate in politics is part of a healthy democracy but abuse and intimidation have absolutely no place in public life.

‘That’s why all Conservative candidates standing in elections this year will be signed-up to our Respect Pledge.

‘I would urge the Labour party to now step-up and follow suit.’

Candidates who breach the Respect Pledge ‘will be investigated and subject to disciplinary action’. 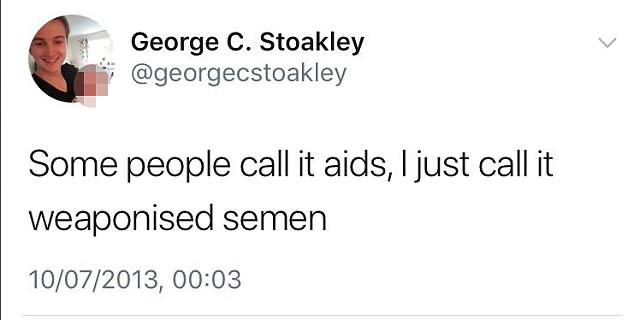 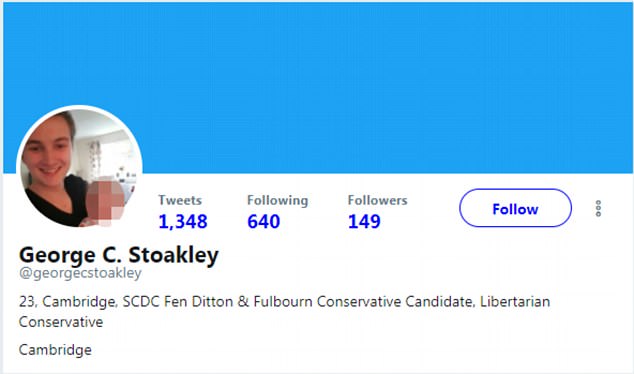 On his Twitter Bio, Mr Stoakley describes himself as a ‘Libertarian Conservative’ 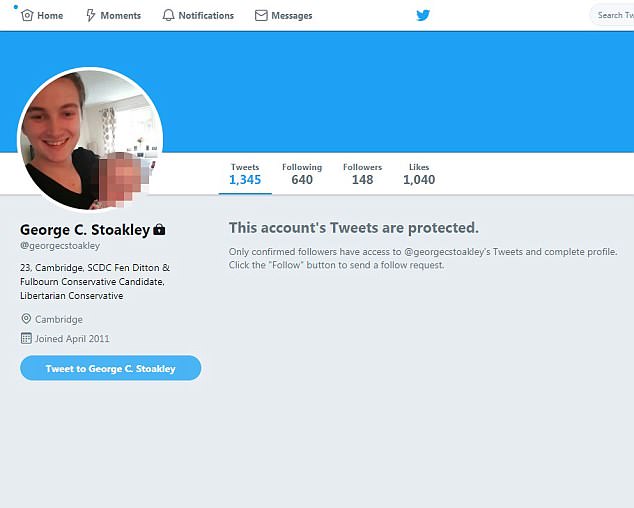 According to the pledge, candidates must ‘refrain from making abusive or offensive attacks on other candidates in written literature, on social media or verbally.

‘To encourage our supporters to campaign on social media in a respectful manner, and to condemn supporters who engage in intimidatory behaviour.

‘To abide by the Code of Conduct for Conservative Party Representatives as published under the authority of the Party Board.’

In April 2014, Stoakley made comments about an 11-year-old girl who became pregnant 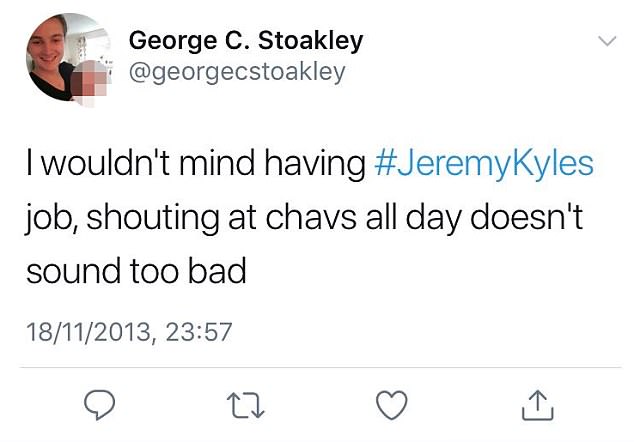 George Stoakley was chosen by the Conservative Party to run on May 3, 2018 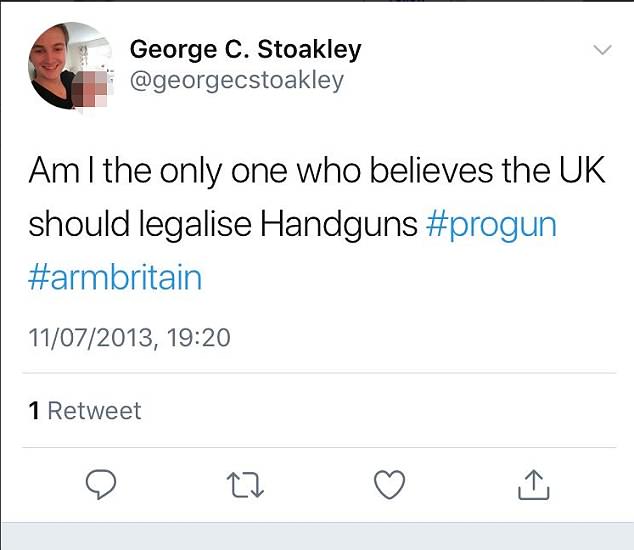