Twins prospect, 23, dies in his sleep at a hotel in New Zealand

Minnesota Twins prospect, 23, dies in his sleep at a hotel in New Zealand days after signing with an Australian baseball team

Minnesota Twins prospect Ryan Costello was found dead in his hotel room in New Zealand on Monday, days after joining the Auckland Tuatara in the Australian Baseball League.

‘The Tuatara express their deepest condolences to Ryan’s family back home in the United States and to the whole Minnesota Twins organization,’ the club said in the statement. 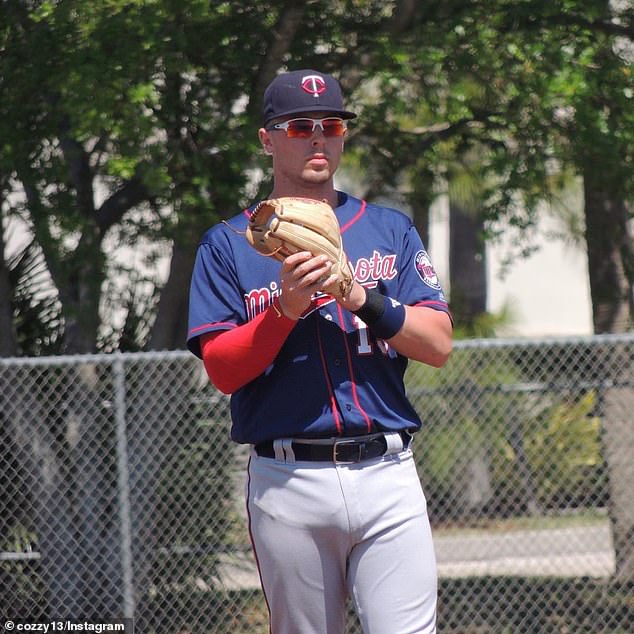 The statement said Costello’s teammates were ‘naturally devastated’ by the news. Concerns were raised when Costello failed to report for practice Monday morning, days ahead of the Tuatara’s opening game of the 2019-20 ABL season.

Costello was traded to Minnesota last year as part of a deal that sent Zach Duke to the Seattle Mariners.

‘On behalf of the entire organization, the Twins send their most sincere condolences to Ryan´s family, friends, coaches and teammates,’ the Twins said in a statement.

Born in Hartford, Connecticut, Costello played minor league baseball for the Clinton Lumberjacks and later for the Fort Myers Miracle during their 2018 championship run.

In an interview with Twins Daily in October 2018, Costello said his greatest strength is ‘my ability to stay positive through tough times and understand that it’s part of the game and ups and downs are going to come.’

He spoke of his desire to spend time with family after his first professional season in 2019.

‘My dad has a bass boat and has had it since I was a kid,’ Costello told Twins Daily. ‘The first thing we do when I go home is go fishing.

‘I’ve been home for seven days, I’ve been out fishing about four of those days. I live about five minutes from a river, the Connecticut River, so we go fishing on the river a lot.’

The Tuatarás season gets underway against Perth at North Harbour Stadium on Thursday night, where a tribute is expected to be held honoring Costello. 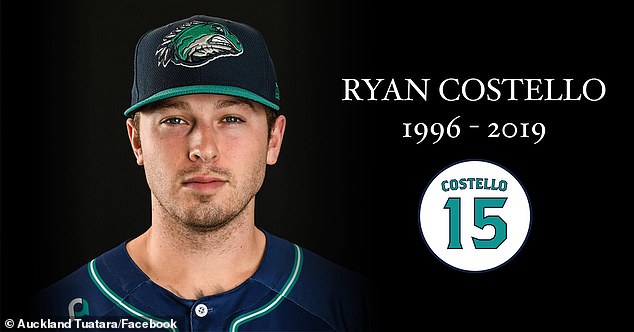 The Auckland Tuatara club has paid tribute to its star recruit, who arrived just last week