Twin sisters who struggled with disordered eating have regained so much confidence after ditching dieting and taking on body-building that one of them has participated in bikini competitions.

Business owner Emily Seelman and personal trainer Allison Ferrante, both 27, grew up in a sporty environment. The sisters, from Pennsylvania, had high metabolisms, meaning they would eat as much as they wanted and needed.

But Emily and Allison started struggling with their body image, feeling as though they were too big. 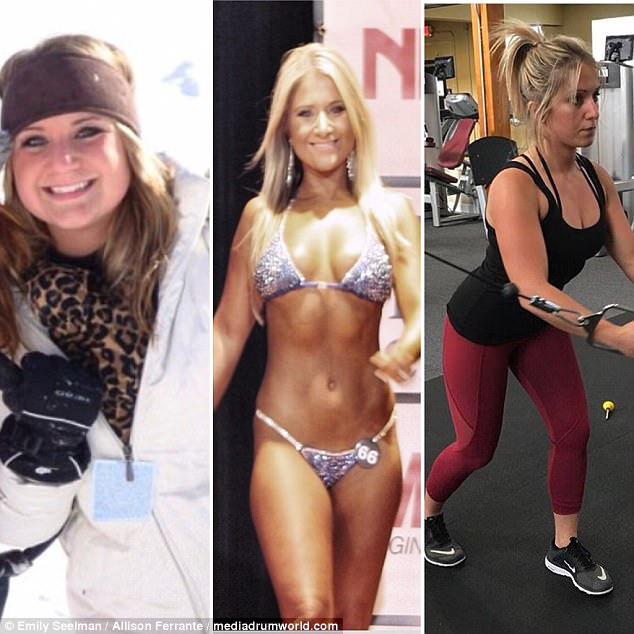 Transformation: Allison (pictured left before, center during a bikini competition and right at the gym) once weighed 145 pounds but is now down to a slim 125 pounds

They began starving themselves, with Allison shrinking to 93 pounds while Emily went down to 95 pounds.

Following orders from their doctors, they both were instructed to follow a regular eating plan.

This led them to reach their highest weight of 145 pounds. While their sizes are considered normal, Allison and Emily remained uncomfortable in their own bodies.

Their unhappiness with how they looked caused them to shy away from wearing bikinis.

This prompted them to change their lifestyle. After finding out about body building, the sisters found a comfortable balance with exercise and formed a better relationship with food.

Emily is now a svelte 123 pounds, and Allison has reached a slim 125 pounds. 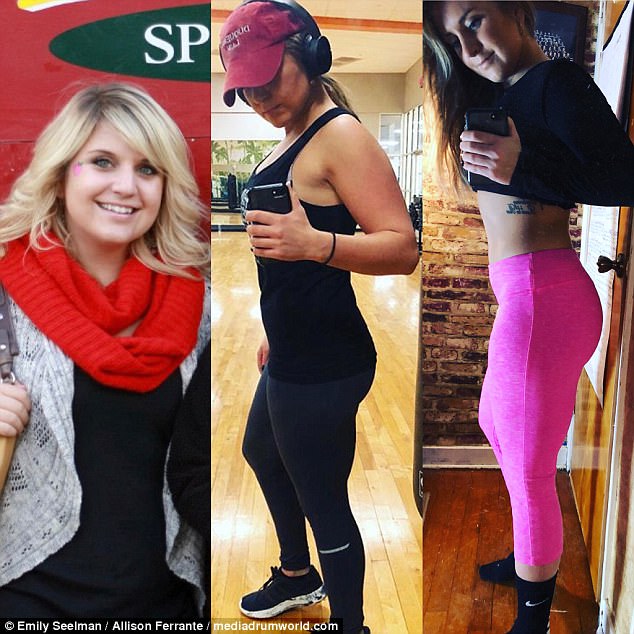 Evolution: Emily (pictured left before her weight loss, center and right after) went from 145 pounds to a svelte 123 pounds 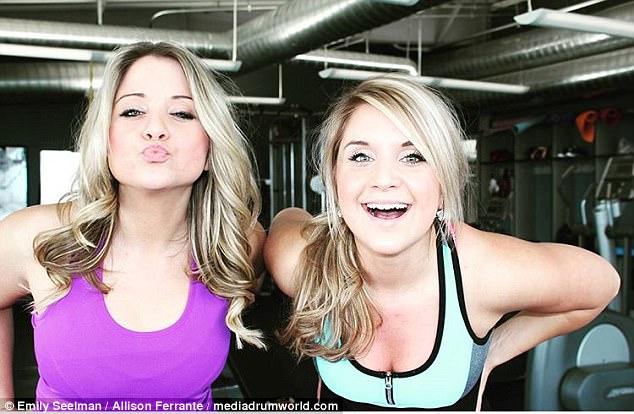 Past: Both sisters once had what doctors described as ‘anorexic tendencies’ before struggling to find balance in their approach to food and exercise 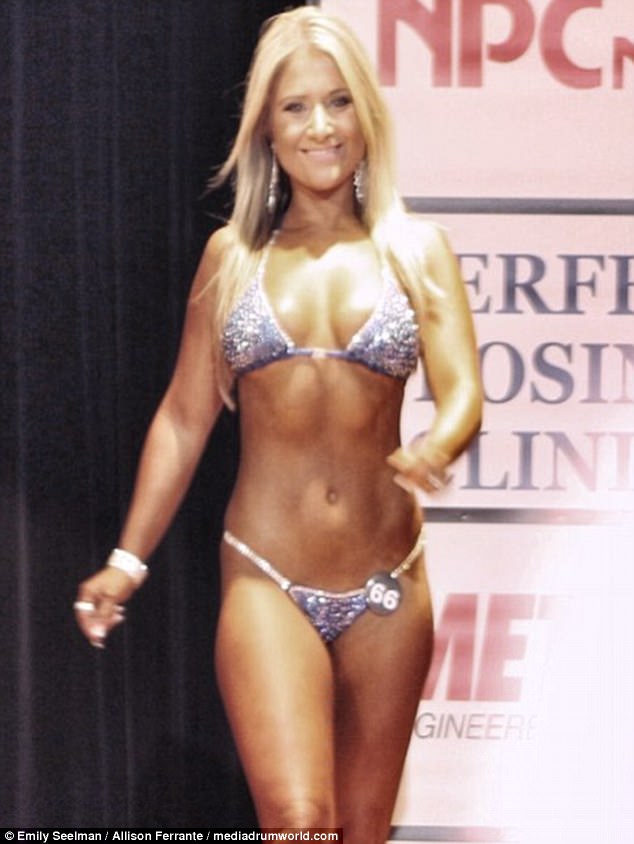 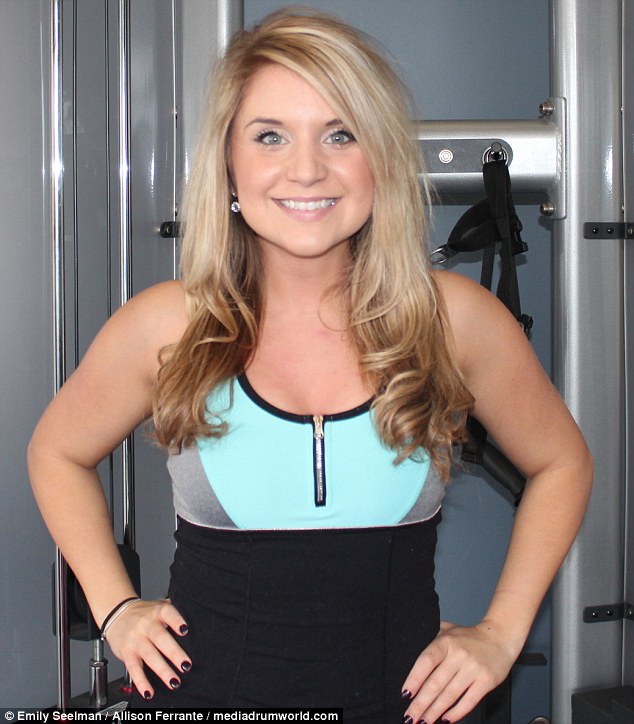 Mindset: ‘Once my self-esteem went up and I saw my own value, I was then able to work on my weight in a healthy way,’ Emily said

‘I always believed that my weight was genetic and, therefore, out of my control. I just assumed I would be overweight because it was just who I was,’ Emily said.

‘I had low self-esteem. My weight fluctuated from what the doctors described as “anorexic tendencies”, to being largely overweight.’

As for Allison, she placed her issued with body image on misunderstanding food and nutrition.

‘There was a time when I had “anorexic tendencies” and was very thin (in an unhealthy way) but when I looked in the mirror I thought I was huge,’ she said.

‘I then had to gain weight (per the doctor’s orders) and completely blew up. I still looked in the mirror and hated what I saw, but this time I would starve myself and then binge eat, totally messing up my metabolism.

‘I believed the magazines that told me to eat 800 calories and run miles every day. It was so unhealthy.

‘I hated how I looked in pictures but, more importantly, it just wasn’t who I was. I knew I wanted to be able to control how I looked and felt, I just didn’t know how.’

After settling into a new exercise and diet routine of lifting weights five days a week, doing cardio three times a week and a high-fat, low-carb, plant-based whole-food diet, the twins reached a weight that they feel comfortable with. 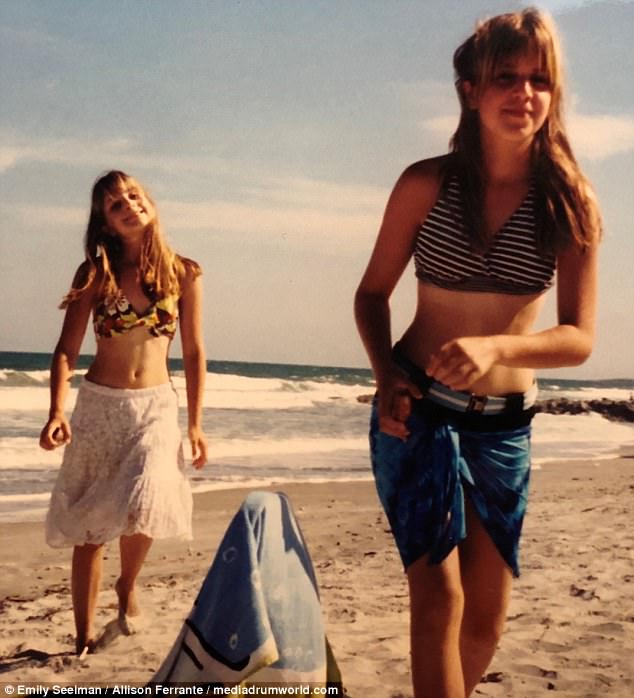 Treatment: Emily and Allison (pictured when they both struggled with anorexia) were put on a meal plan to put some weight back on 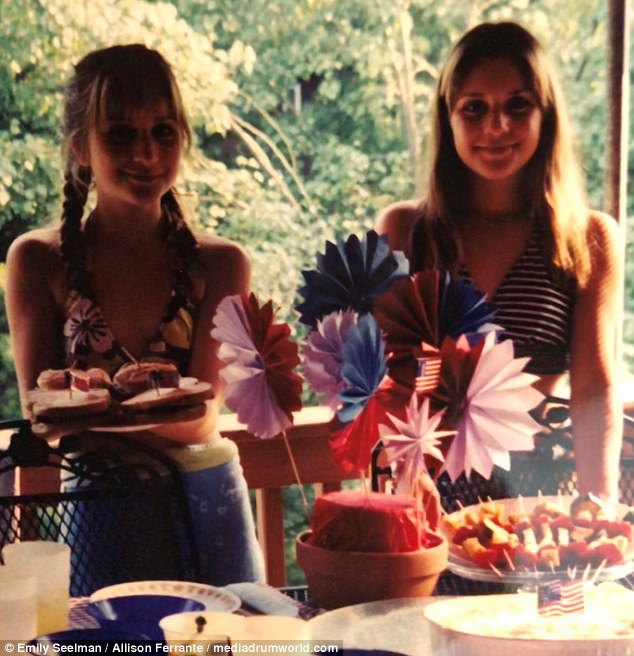 Searching for balance: After the sisters (pictured when they had anorexic tendencies) reached their highest weight, they struggled to accept their appearances

Body image: Allison (pictured) once ‘hated’ the way she looked in a bathing suit or in the mirror

They now take pride in flaunting their bodies on social media.

‘I was always trying fad diets and trying to fix my self-worth through weight. One day, however, I took the step of figuring out myself worth despite my weight and body,’ Emily said.

‘Once my self-esteem went up and I saw my own value, I was then able to work on my weight in a healthy way.

‘I shifted from all cardio to primarily lifting weights. I studied the process and what it was all about and began learning how to lift weights in a regimented way.

‘From there, I began cutting out dairy, white processed sugars, processed foods, and foods with preservatives. I wanted to eat for health, energy, and a clear mind.

‘My body fat continues to drop while I gain muscle mass. In the moments where I look back and remember how terrible I felt, like I was always losing, I realize how much of a lie it was.

‘Truly, much of it came from falling for these lies that starving myself or running all the time would work and when it didn’t, I just felt like I would always be overweight and would never find a way out.’ 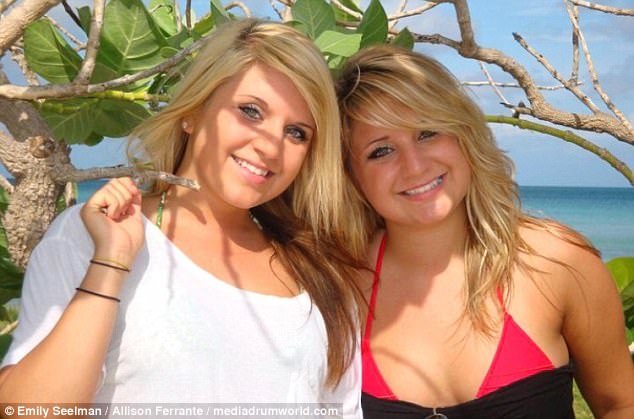 Learning: After finding out about body building, the sisters (pictured in a before shot) found a comfortable balance with exercise and formed a better relationship with food 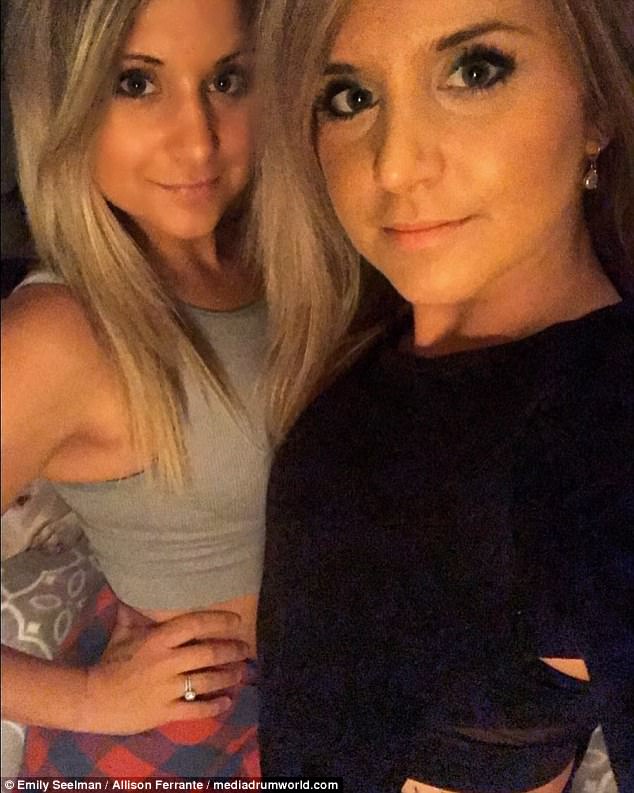 Important: Changing their mindset about what was considered a ‘good body’ turned out to be a real challenge for the twins, but they say the experience has been life-changing 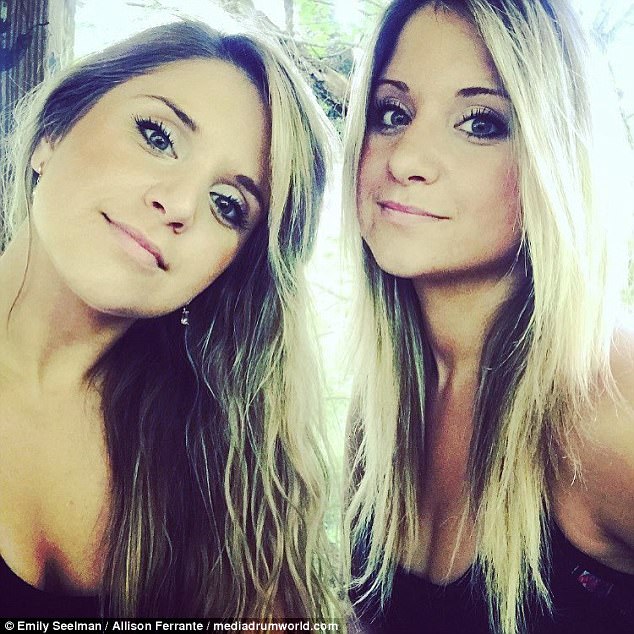 Group effort: Both sisters got rid of the junk food in their house to make it easier for them to adopt a healthier diet 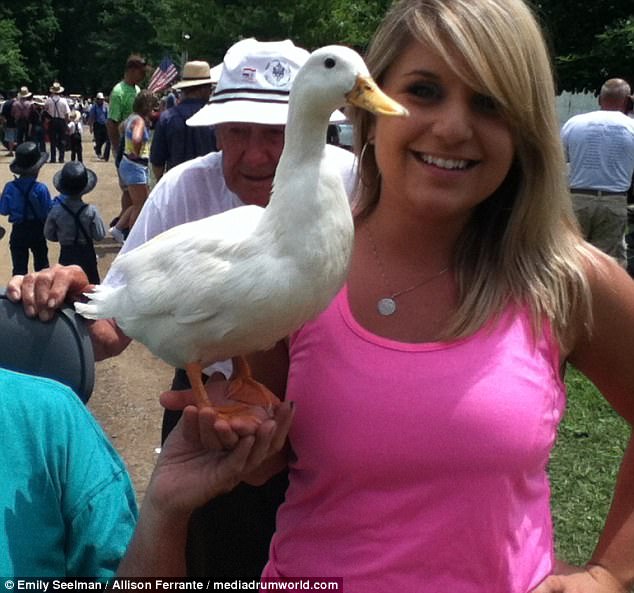 Loving it: Emily (pictured in a before photo) wakes up every day with renewed motivation to carry out her new approach to exercise and nutrition

Allison recounted how she once ‘hated’ the way she looked in a bathing suit or in the mirror.

‘I lost weight by eating more of healthier food (rather than starving myself and then binge-eating on junk food),’ she added.

‘Emily and I threw out all of the bad food in the house so we didn’t even have the opportunity to eat junk food.’

Changing their mindset about what was considered a ‘good body’ turned out to be a real challenge for the twins, but they say the experience has been life-changing.

‘It’s so much more than looking great in clothes — although that is definitely a huge part of it. It’s all about mindset. If you think “I am on a diet and can’t eat this” — you’re going to lose.

‘But if you think “I am eating healthy, whole foods for my health and I don’t want to eat junk because it makes me feel gross” — you’ll be successful.’

Emily wakes up every day with renewed motivation to carry out her new approach to exercise and nutrition.

‘I used to lose weight and think to myself, “I wonder when I’ll fail at this and gain all this weight back?”‘ she recounted.

‘Now I know I am not going to lose, because I can’t lose. Exercise has become a major source of stress relief for me. I feel great.

‘The hardest part for me was overcoming that story I always told myself. I had to rewrite my story. My story now is; I am prized, I am loved, I am enough.’