Theo Hayez’s cousin suggested the Belgian backpacker could have been on drugs when he disappeared, after tracing his unusual route to the beach.

Theo was last seen leaving the Cheeky Monkey’s nightclub in the New South Wales tourist town of Byron Bay after being asked to leave at 11pm on May 31.

But instead of returning to his accommodation at WakeUp! Hostel, the teenager opted for a strange path through bushland and to the beach.

After scouring through the bushland, the group followed Theo’s movements to the northern end of Tallow Beach, at Cosy Corner.

The data shows Theo climbed a steep hill through the dense bushland a few minutes before midnight.

He then stopped for about five minutes, in a spot hidden by vines, before moving on.

The group were perplexed by Theo’s speed moving back down the steep hill to Cosy Corner and why he would have found himself in the hidden among the foliage in the first place.

Lisa agreed his movements suggested he was ‘on something’ as it was difficult to fathom how Theo would move so quickly through an area he didn’t know.

‘When you are on MD or acid or anything, you just go and you don’t think about what you’re doing,’ Lisa told the podcast. 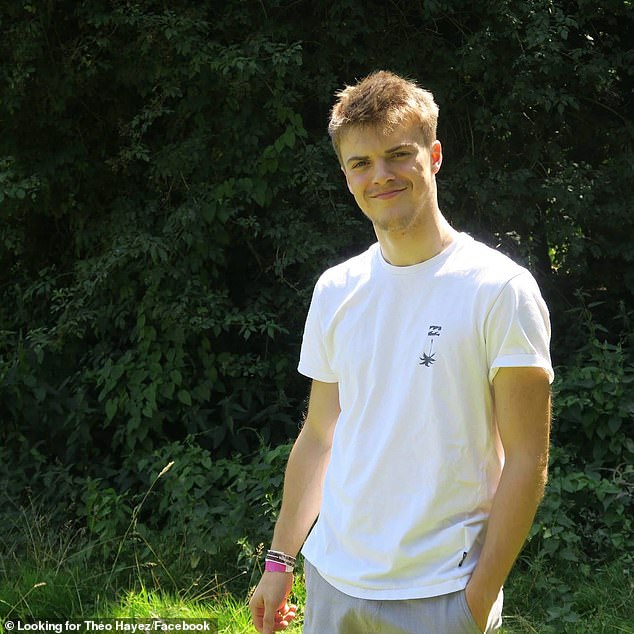 Instead of returning to his accommodation at WakeUp! Hostel, Theo walked through bushland to the beach

Lisa, who is aware that Theo was not known to use drugs, then hypothesised ‘someone put something in his drink’.

Before reaching the beach, the group walked through the dense bushland at Arakwal National Park.

They met with 62-year-old Tommy Volk, who occupies an illegal campsite in the park.

Mr Volk said he had not seen Theo on the evening he disappeared but his father had come to visit.

Pictured: Dense bushland Theo would have travelled through on the evening he disappeared

The group also followed Theo’s movements to the northern end of Tallow Beach, at Cosy Corner

‘This is a jungle, you know. Fallen trees everywhere, you got to duck your head all the time becau­se you might poke out your eye. You got to be real careful walking around here,’ he told the podcast.

‘At night you need a torch because this place is black, black, you can’t see anything. I suggest don’t walk here at night.’

Theo veered around Mr Volk’s campsite, leading Byron resident Nicoletta Revis to believe the teenager was walking through the area with someone who knows it well.

After Theo made it through the bushland, he walked a worn path to the sand of the beach. There are remnants of another well-­established illegal campsite at the sand dunes nearby.

The data shows Theo climbed a steep hill through the dense bushland a few minutes before midnight. He then stopped for about five minutes, in a spot hidden by vines

Theo was last seen leaving the Cheeky Monkey’s nightclub in the New South Wales tourist town of Byron Bay after being asked to leave at 11pm on May 31.

Google Timeline logs showed Theo left the bar and walked away from the main street of town, turning from Johnson St down Kingsley St into a dark, quiet, residential area.

Theo then turned left onto Tennyson St and followed the road up towards bushland near the Youth Activity Center and Byron Bay Recreational Grounds. 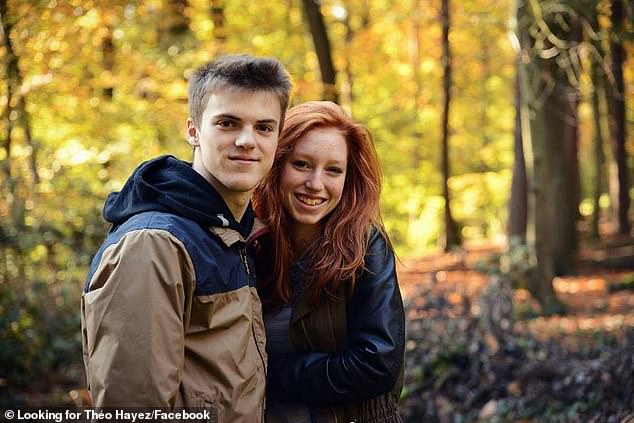 Theo (pictured with his girlfriend) had searched how to get to WakeUp! Hostel during the evening but continued to move in the opposite direction

He left from here, heading east and away from his hostel through more residential streets, before arriving at the Milne Track, which is an access track through bushland to Tallow Beach.

Theo followed the Milne Track before making a wayward turn to the north, and battled through thick bushland at midnight before reaching the sand at Tallow.

He made his way along the sand to Cosy Corner at the northern end of Tallow beneath the cliff under the lighthouse before his GPS signal shut off.

The podcast also revealed Theo had searched how to get to WakeUp! Hostel during the evening but continued to move in the opposite direction.

THE TIMELINE OF THEO HAYEZ’S DISAPPEARANCE

May 31st 11pm: The last confirmed sighting of Hayez. He was spotted leaving the Cheeky Monkey bar and appeared to be heading in the direction of the WakeUp! Backpacker hostel where he was staying.

October 13th: Theo’s family confirm a cap found in dense bushland near to where the missing backpacker’s phone last ‘pinged’ belonged to him.