‘She was robbed’: Twitter erupts in anger over MasterChef fan favourite Poh Ling Yeow losing immunity to Laura Sharrad – guaranteeing her a coveted spot in the top six

MasterChef: Back To Win viewers have erupted in anger over Poh Ling Yeow losing the immunity to Laura Sharrad on Tuesday night.

Poh, 47, failed to win the challenge after presenting a delicious smoked duck breast, coal-charred persimmon and a roasted octopus emulsion with tarragon.

Despite getting glowing reviews from the three judges, it was Laura, 24, who won the challenge with her brown butter roasted bugs.

A number of viewers were less-than-impressed over it, with a social media campaign beginning with fans saying the beloved cook was robbed.

‘Poh was robbed. Period point blank,’ one viewer wrote of the decision.

Another said the fan favourite knew she should have won the challenge.

Controversial: A number of viewers slammed the win, saying Poh was robbed

‘Poh totally knew she was robbed; she massively fobbed off the judges compliments,’ they wrote, in reference to the judges critiques.

Yet another thought the win for Laura was surprising: ‘Really thought Poh was gonna win today. That dish looked spectacular. But congrats to Laura on her win.’

Poh and Laura went head-to-head on Tuesday night’s episode, with the two women joining Callum Hann for the immunity challenge. 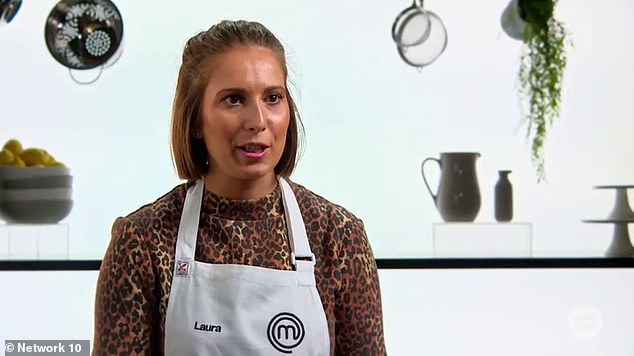 Winner: While Poh was heavily complimented for her creative duck breast, it was Laura’s brown butter roasted bugs that managed to take the win. Pictured: Laura

While Poh was heavily complimented for her mouth-watering duck breast, it was Laura’s brown butter roasted bugs that managed to take the win.

The win meant Laura is safe from the all-in elimination on Sunday, guaranteeing her a place in this season’s top six.

Poh said of her dish: ‘I’m really happy… I actually spent more time getting organised than I ever have in any cook and it really worked.’ 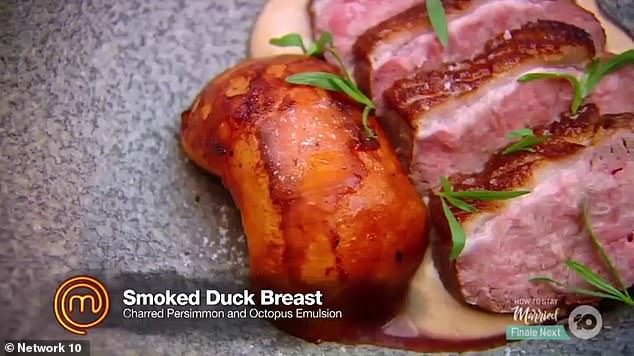 Winner or not? Poh said of her dish: ‘I’m really happy… I actually spent more time getting organised than I ever have in any cook and it really worked’

Laura had never won an immunity challenge, which featured heavily in the arc of the episode. Laura made mention of the importance of winning.

‘I’ve had a few bad cooks lately, but I feel like I’m starting to put up dishes that I’m happy with again. So I’m hoping just to kind of continue that stride today,’ Laura said, earlier in the cook.

‘I think this is my fifth immunity cook now and I’m still without a win. And Poh and Callum have both won. Top six, it’s like my next milestone.’

MasterChef: Back To Win continues Sunday at 7.30pm on Channel Ten 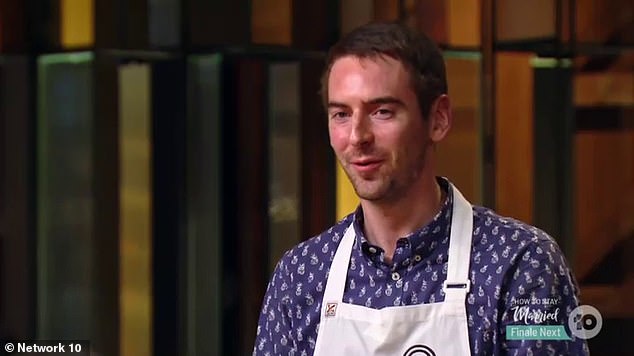