She’s the former Australian Idol winner who skyrocketed back to fame in 2017 after years of public obscurity.

And Casey Donovan capped off a stellar twelve months with a performance on ABC’s New Year’s Eve broadcast.

The former Uber driver, 29, belted out a cover of the popular nursery rhyme Incy Wincy Spider for kids watching at home, which was met with rave reviews on social media.

The pre-recorded performance began with Casey sitting at a piano accompanied by Hoot, a cartoon owl who appears on ABC’s popular Giggle and Hoot program.

She stated: “At the end of the year it’s hard not to think about the struggles and the obstacles but we have to remember the sun will shine again’.

The Blacktown-born babe then belted out the track, which was applauded by Twitter users. 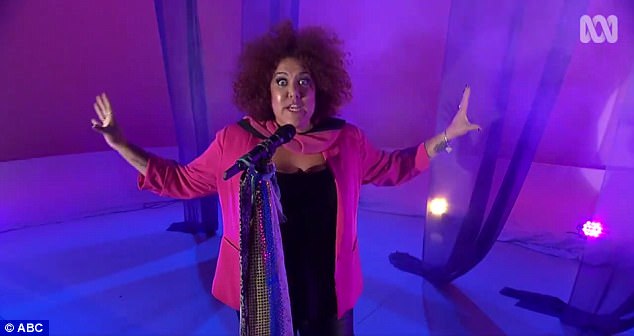 Wowing audiences! Casey’s cover of the nursery rhyme came after a stellar year

That’s impressive! One user even went as far as describing Casey’s cover as ‘genius’

Another fawned that the act was ‘awesome’, while a third even went as far as describing Casey’s cover as ‘genius’.

‘Just saw @CaseyDonovan do Incy Wincy Spider on @ABCTV she killed it. Genius. Now 2017 you can rack off. I’m done with you ‘, a user cooed. 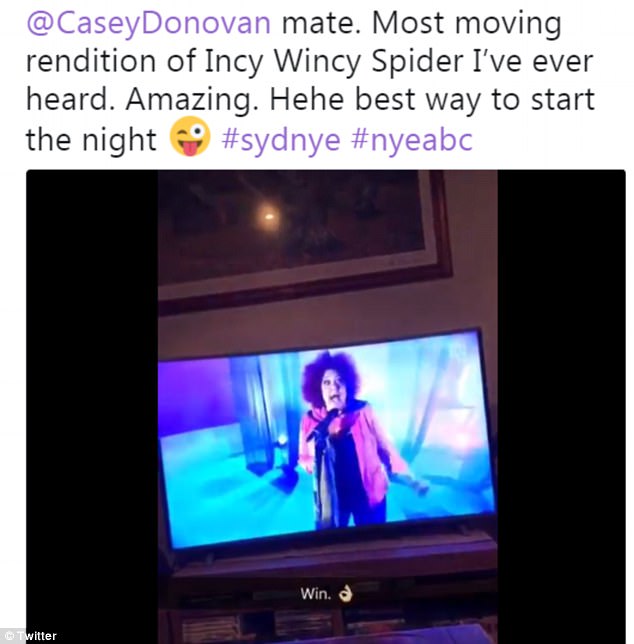 Casey became a national sweetheart after her return to the spotlight as contestant on I’m A Celebrity… Get Me Out Of Here! early in the year.

The star went on to win the series, catapulting her back onto the A-List.

The popular crooner has showed off her vocal chops at events including Carols By Candlelight.

She was also behind the catchy Coles jingle ‘Prices Are Down’. 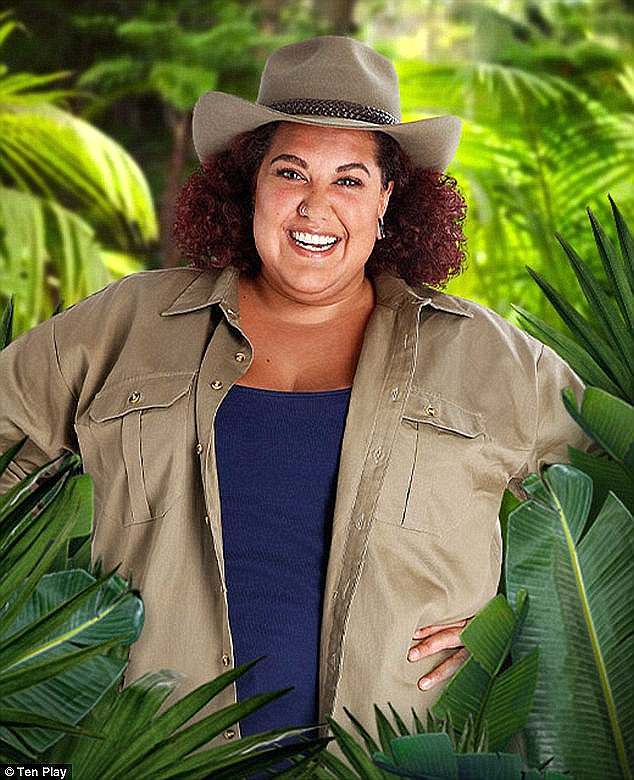 Out of the wilderness and into the jungle! Casey has become a bona fide celebrity after years out of the spotlight