Twitter has lost NINE PERCENT of its 8,200 staffers since Elon Musk announced takeover

Twitter has lost about nine percent of its 8,200 staffers in the months since Elon Musk announced his takeover bid, as many staffers have blamed the mogul’s behavior and public statements for their departures.

In late August, the company told staffers that its attrition rate – which is the rate at which employees leave – was 18.3 percent. In general, businesses prefer to keep that rate close to 10 percent, especially in the perk-filled and high-salaried tech industry.

And during a two week period alone between the end of July and mid-August, around 300 workers left. Many did so because share options they held in Twitter had vested, leaving them free to cash-out and take a new job.

But numerous others at the famously woke firm complained that Musk’s antics were what had prompted them to resign from the social network.

When the Tesla CEO spoke to employees in June about his intent to purchase the platform for $44 billion, there had already been major rumblings of discontent from staffers and dozens had put in their notice.

Employees were told in April their jobs were safe for six months, but the company reportedly banned from releasing new updates, over fears that someone would ‘go rogue’ and push out something damaging on their way out the door in response to Musk’s buyout.

Musk also hinted at the possibility of lay-offs to cut costs, further destabilizing staff. But he now wants out of the proposed $44 billion deal after alleging Twitter had lied to him about the number of fake profiles on its site.

Twitter is suing him to complete the deal, with the case set to be heard by a Delaware court in October.

Twitter’s headcount stood at 7,500 in February, per company disclosures, and the firm brought on a few hundred more workers in the following months. However, people familiar with its hiring practices told Insider that the workforce has now shrunk by 9 percent 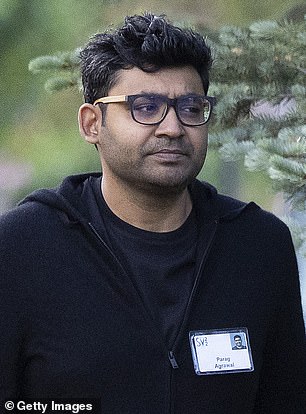 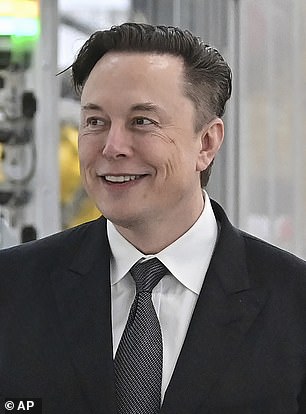 Twitter employees have been fleeing the company by the hundreds since Elon Musk, at right, announced his takeover bid in April. Left: Twitter CEO Parag Agrawal

Twitter’s headcount stood at 7,500 in February, per company disclosures, and the firm brought on a more workers in the following months.

That brought its total number of staffers up to around 8,200. However, the same number hired has since departed the firm, meaning that the work force has shrunk by 9 percent, according to Insider.

‘We’re really starting to feel it now,’ a current employee told the business publication, referring to the impact of attrition – when employees quit and aren’t replaced – on individual teams.

The person said that some teams have lost up to a third of their staff. 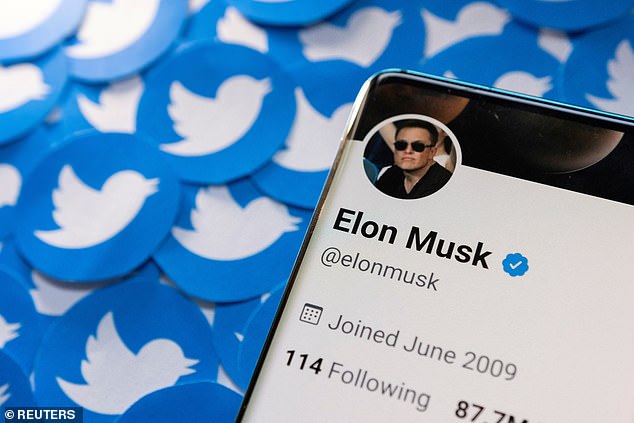 ‘We’re really starting to feel it now,’ a current employee told the business publication, referring to the impact of attrition – when employees quit and aren’t replaced – on individual teams

Employees told Insider that they receive ‘last day’ emails and notes multiple times a week from colleagues who are departing the firm.

Twitter even cited the high employee turnover in its ongoing court battle with Musk as a damaging effect of the mogul’s attempt to back out of his planned buyout.

Many workers’ restricted stock shares became full vested in August, meaning they could cash out their shares, which pushed turnover up even more, the sources noted to Insider.

Even so, company leaders reportedly did not expect so many people to leave.

An employee told Insider that there’s now talk of ‘backfilling’ positions, which means replacing a departing worker as fast as possible, regardless of whether they left the company or just moved into a new role internally.

At the all-hands meeting, Musk criticized the company’s work from home policy, reiterated his views about allowing people to say what they want on the platform and said he hoped Twitter could reach a billion users worldwide – almost four times its current user base.

The California-based firm currently has over 150 open positions posted on LinkedIn.

‘The general morale is so low,’ a worker who recently left Twitter told Insider. ‘But for sure, people started to leave because of Elon.’