After the veteran Frenchman announced that he is to step down at the end of the season, players, pundits and fans had their say on the end of an era.

Piers Morgan, who has been among the most vocal Arsenal fans calling for Wenger to leave, posted a picture of the 68-year-old with the words: ‘Breaking: Wenger out.’ 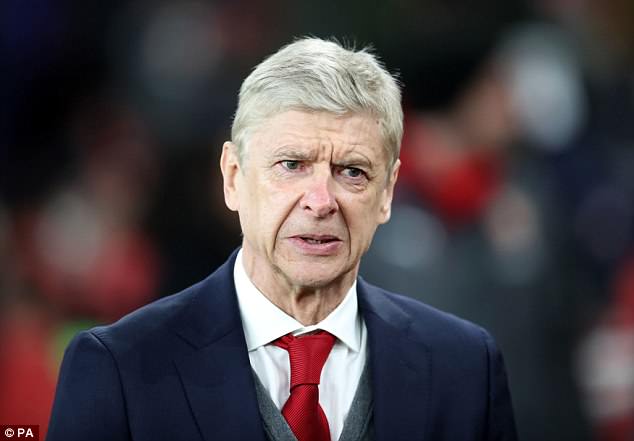 Gary Neville preferred to offer praise for Wenger’s accomplishments, writing: ‘Arsene Wenger built the best teams that I played against in English Football.

‘The 98 team was Amazing. The biggest compliment is that he played football that made us change the way we played against them.

‘He now deserves the most incredible send off from all in the coming weeks.’