If you want to make utterly and absolutely sure that your name will be spelled correctly on your Starbucks cup, pay with the app.

Otherwise, it’s sure to be a gamble. Baristas at the coffee chain are infamous for getting names wrong, coming up with strange and unique spellings for even the most common of names, like Ben and Dave.

Sometimes, they make up new names altogether, stringing together nonsense syllables or writing things out phonetically.

In many cases, it’s an honest mistake, though quite a few baristas have admitted on Reddit and social media that they do it on purpose, simply because they get a kick out of it.

Luckily, many of their customers find it quite funny too — and a bunch have shared their funny name mistakes on social media, posting pictures of their cups on Twitter to show what the people behind the counter at Starbucks came up with.

That’s a weird one! A woman named Lucy was surprised to see her name spelled Lousi on her cup, and asked: ‘Do Starbucks employees try to spell your name wrong on purpose or…?’ 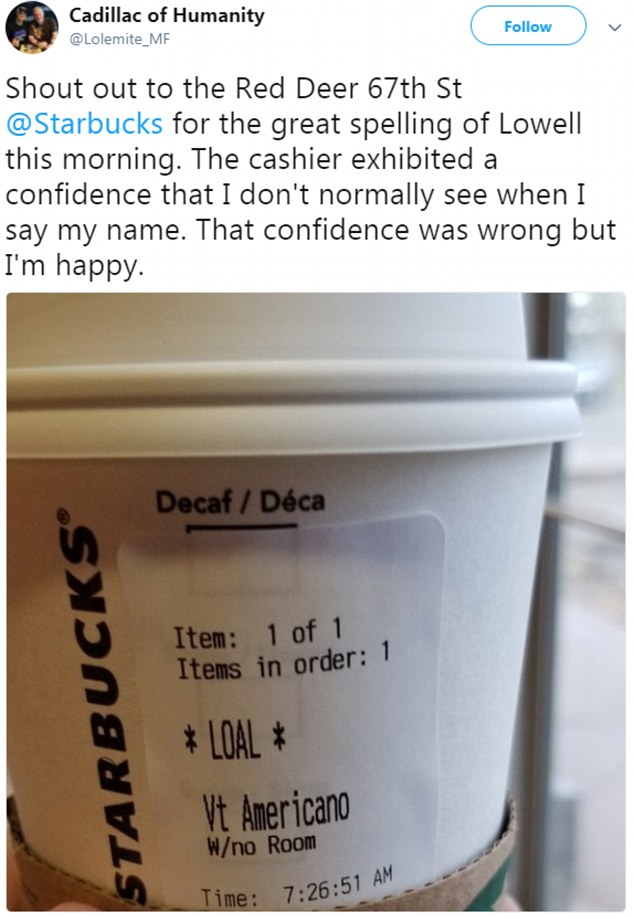 A man named Lowell found ‘Loal’ on his cup and tweeted: ‘The cashier exhibited a confidence that I don’t normally see when I say my name. That confidence was wrong but I’m happy’ 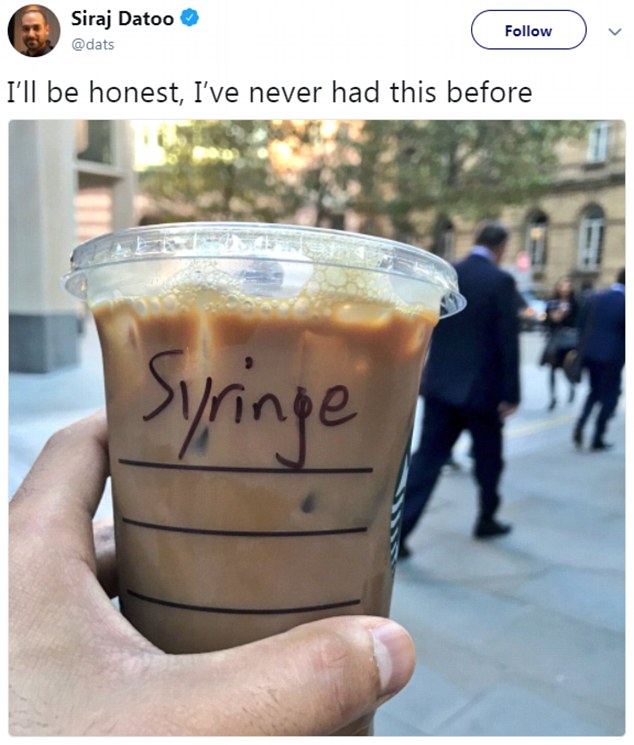 Sharp! A man name Siraj might not have been surprised to see his name sounded out on his cup in a strange way — but surely no barista actually thought his name was ‘Syringe’ 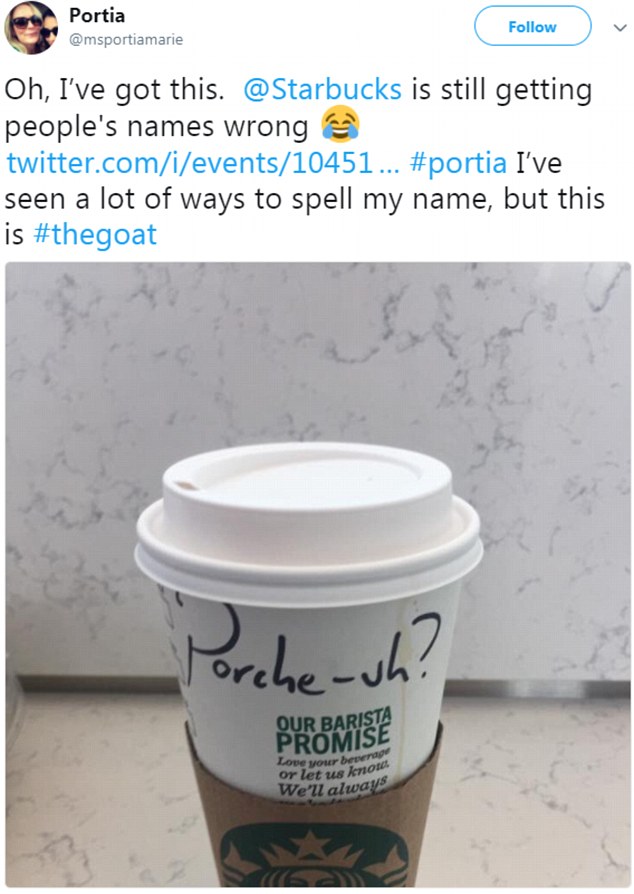 Whoops! A barista really seems like she was trying to be funny when she heard ‘Portia’ and scribble down confusion about a fancy car 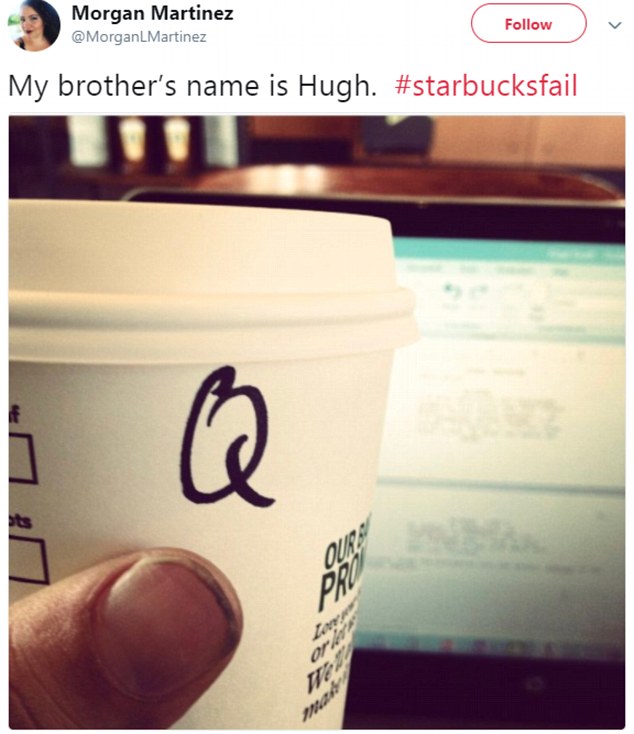 Just a letter: It seems likely that a barista was calling out ‘Q’ for a long time before the customer, Hugh, realized this drink was for him 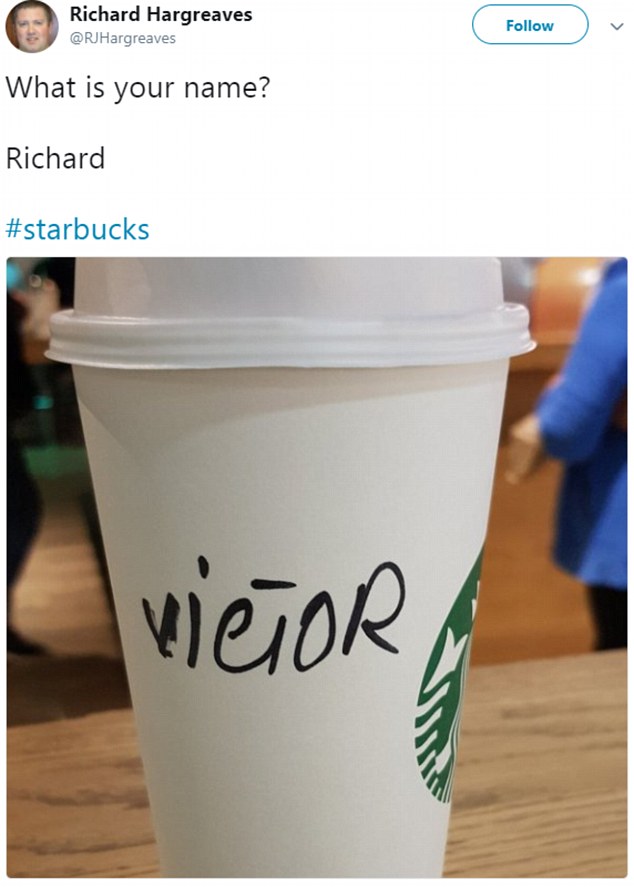 Say what? How this barista got ‘Vieior’ from Richard is one of the great mysteries of our time 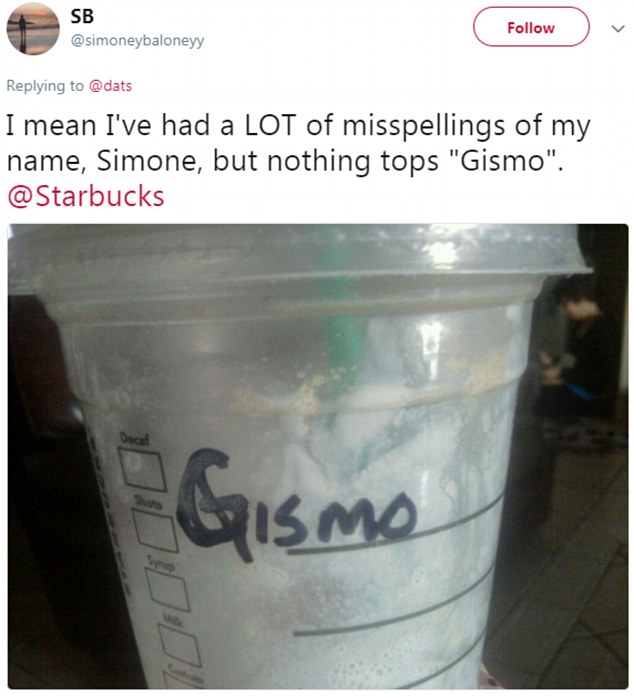 Weird: Simone found herself transformed into (probably a puppet) named Gismo at Starbucks 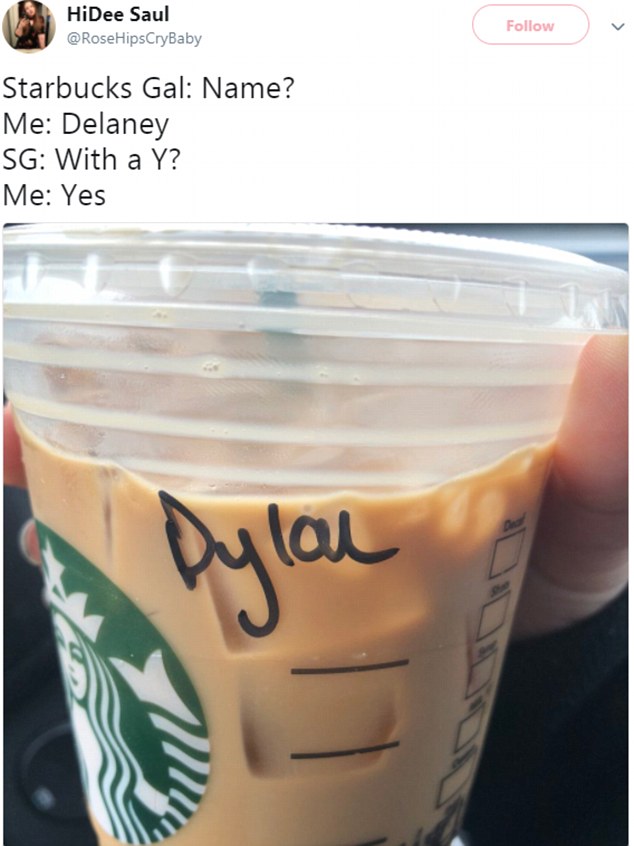 Trolling you: This barista even asked about the spelling — and got it way off, writing ‘Dylan’ instead of ‘Delaney’ 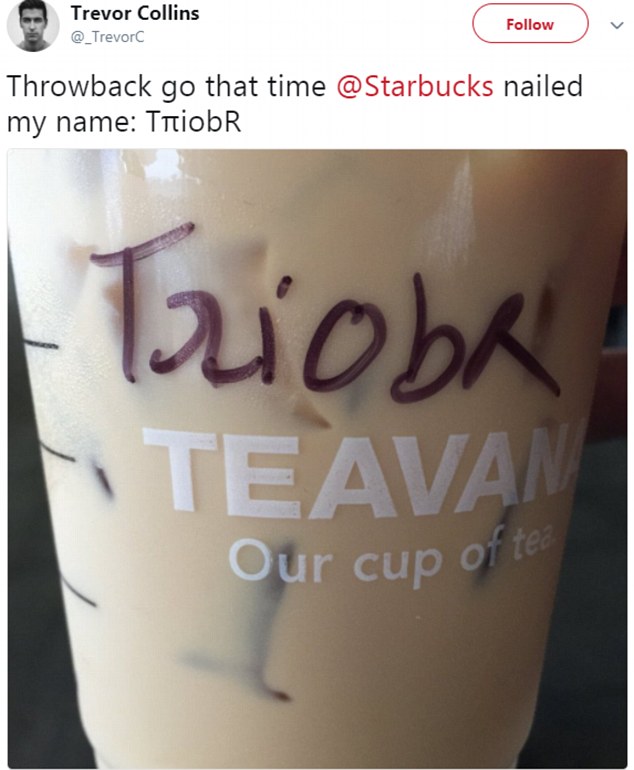 Did the drink cost $3.14? Someone was likely joking around when they wrote ‘TπiobR,’ using a pi symbol, instead of ‘Trevor’ 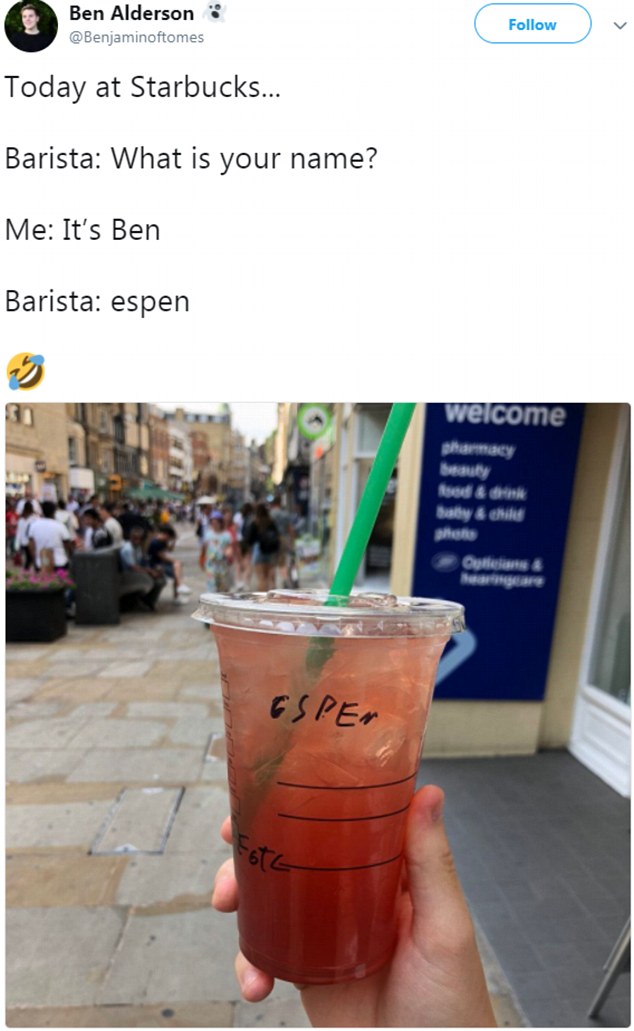 Sound it out… Ben answered the barista’s question about his name with, ‘It’s Ben’ — and paid for it 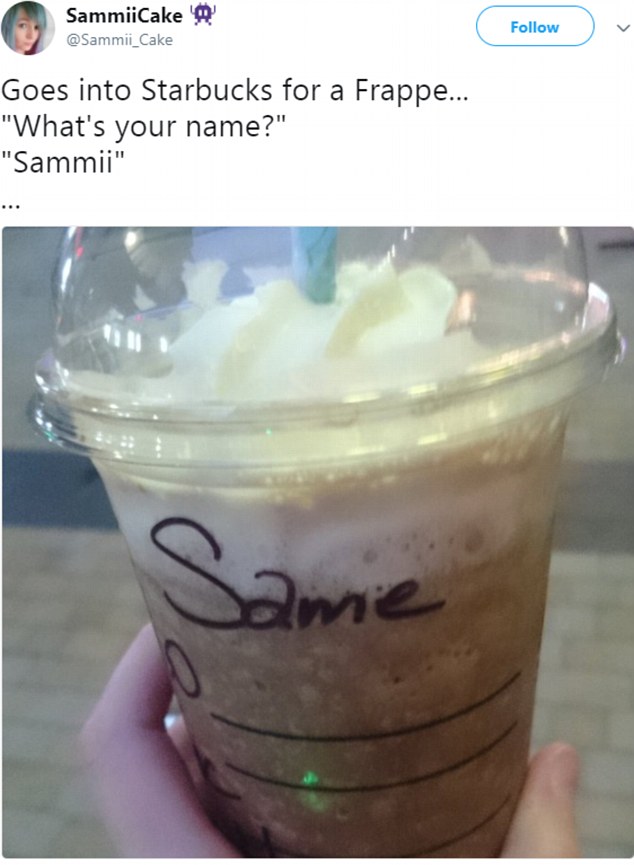 Seriously? Yes, the name ‘Sammi’ as an ‘e’ sound at the end — but ‘Same’ makes no sense 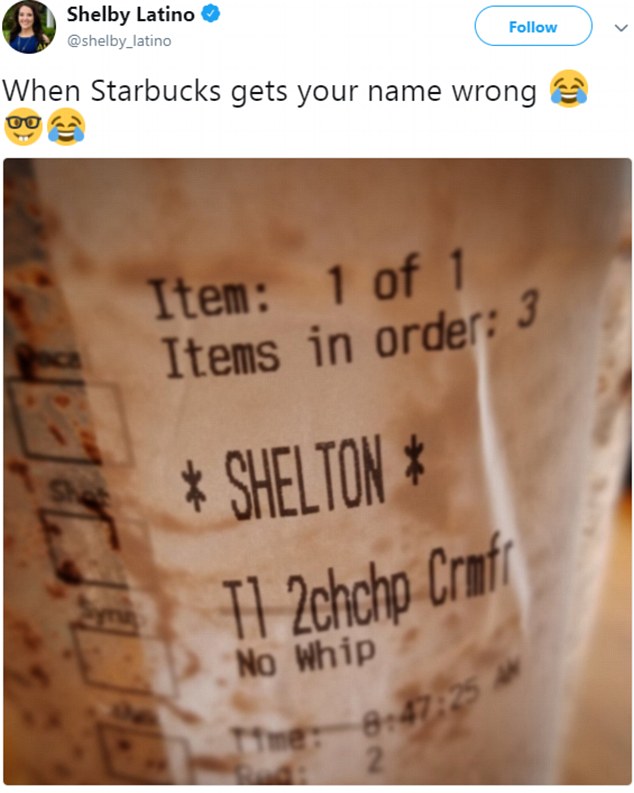 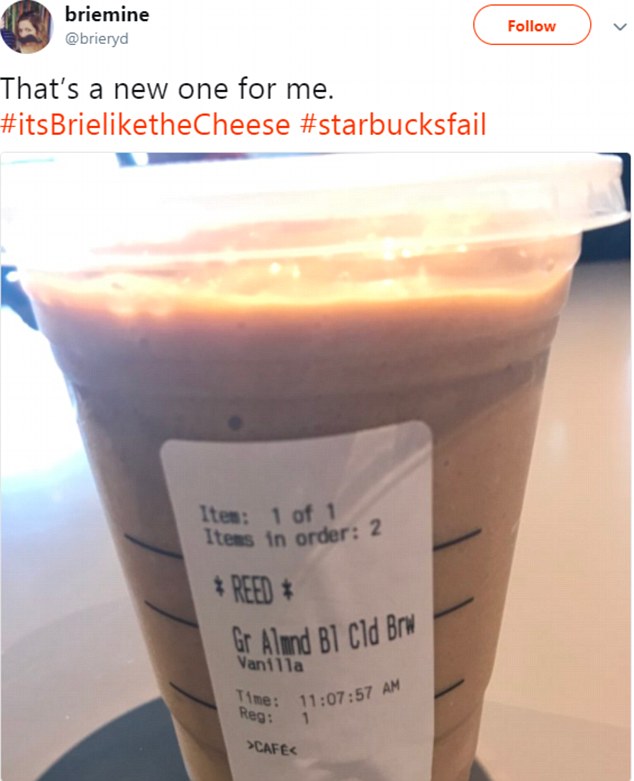 Not even close! She said ‘Brie,’ but the barista wrote ‘Reed’ — it’s a wonder she knew the drink was hers 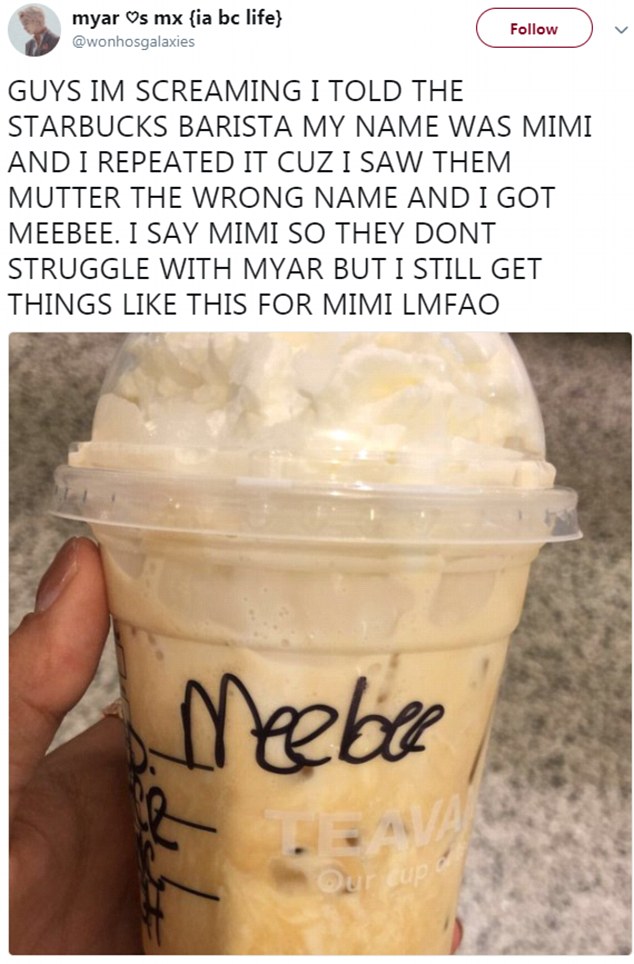 Too funny: Mimi got ‘Meebee’ on her cup, even after repeating her name. What’s worse? Mimi isn’t even her real name — it’s actually Myar, but she says Mimi to make it easier 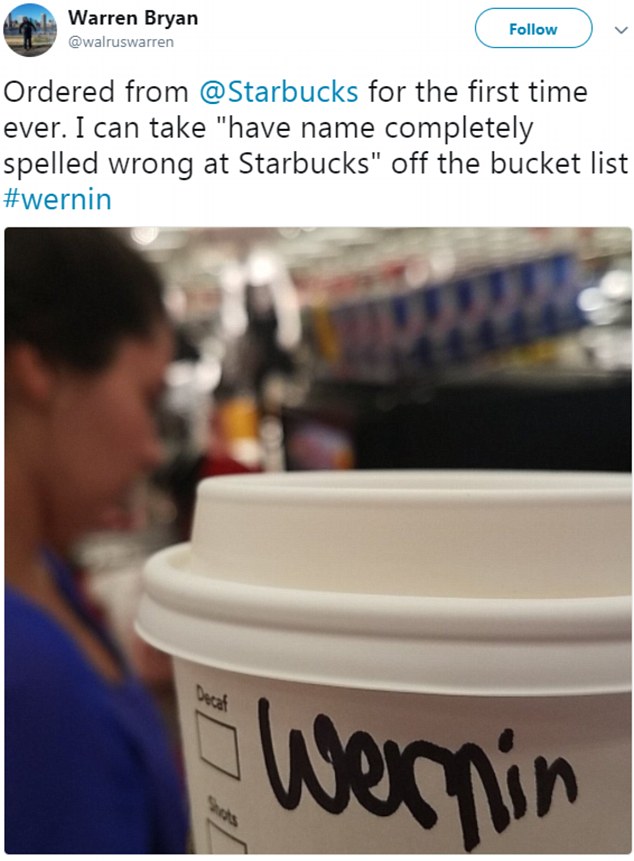 Yikes: Warren is not so uncommon a name — but certainly, no one’s name is ‘Wenin’? 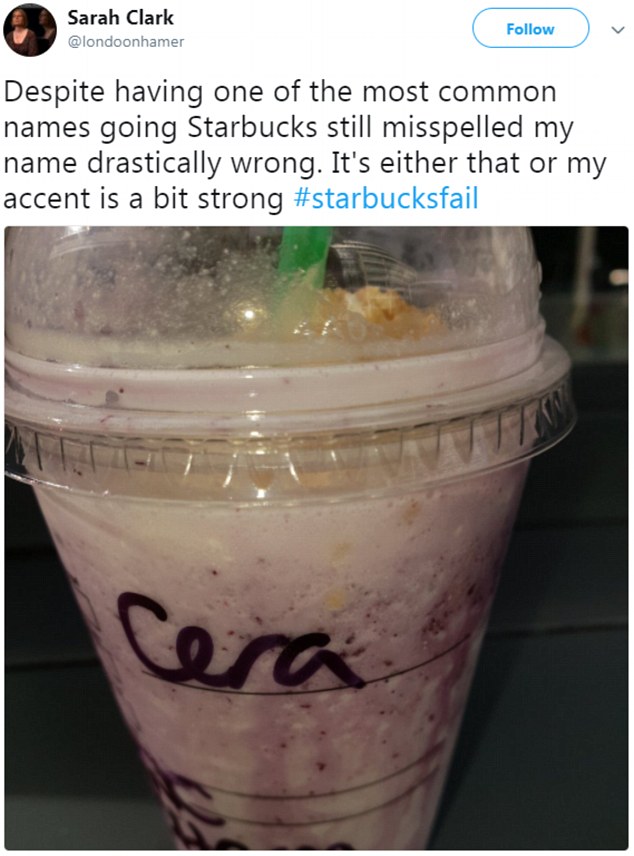 Sarah wrote: It’s unlikely Sarah would have commented if they just left the ‘h’ off her name, but how did the cashier hear her say ‘Sarah’ and write ‘Cera’? 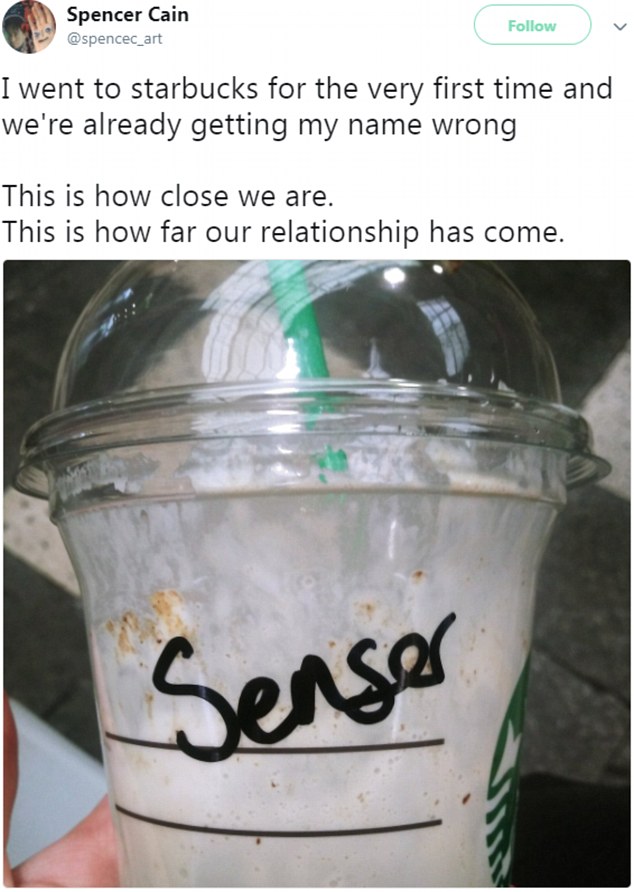 Beep beep beep: Spencer was surprised to see ‘Senser’ written on his cup 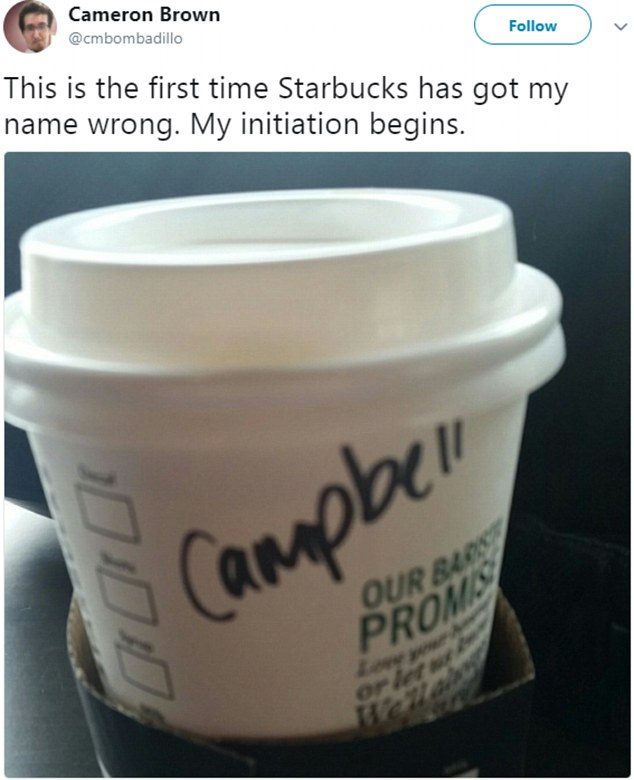 Switcheroo: Cameron didn’t just have his name spelled wrong — he got a cup with a totally different name: Campbell 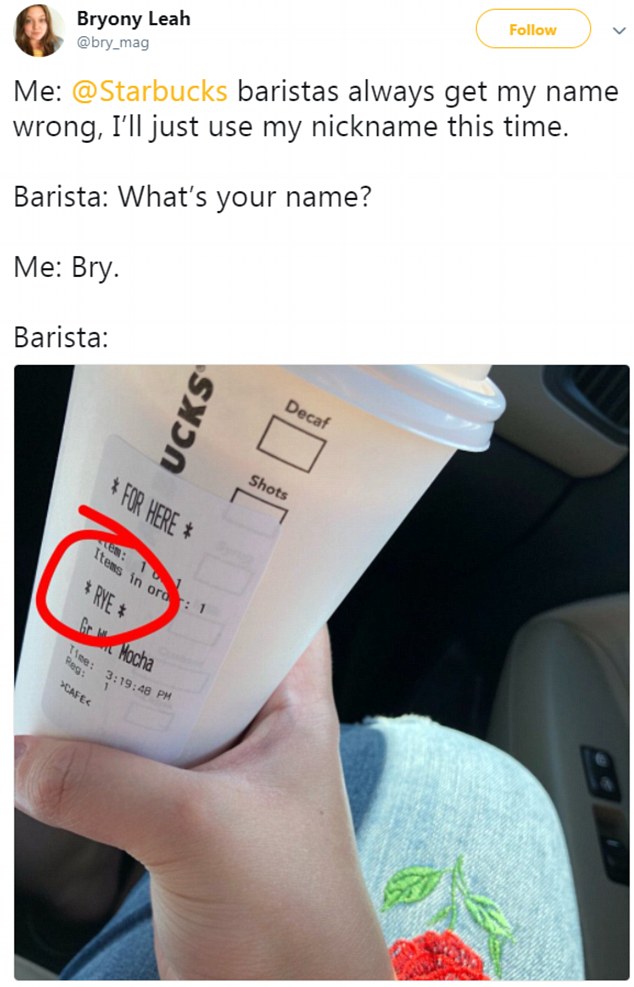 Like the bread: Bryony shared a shorted version of her name, Bry — and got ‘Rye’ on her cup 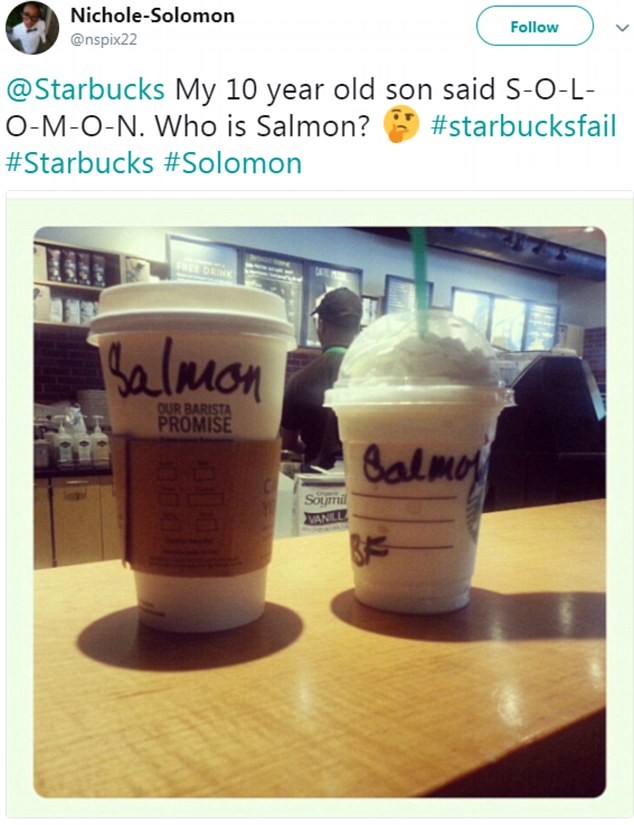 That’s rough: The barista must have been wondering about the poor kid named after a fish 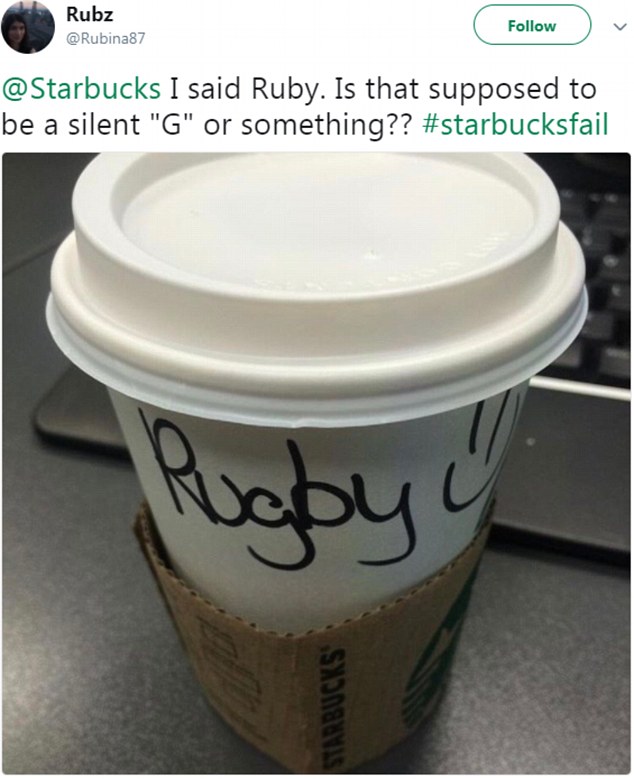 What a gem: Ruby is pretty sure she’s not named after a sport — and she definitely doesn’t have a silent ‘g’ in the middle of her name