Two people have been arrested outside the Qantas terminal at Sydney Domestic Airport in a police operation.

Officers acted on late Thursday afternoon, after they were called to a car park close to the Domestic terminal.

One person was in NSW Police custody at Mascot, while the Australian Federal Police are handled the other one.

The Daily Telegraph reported a parking officer saw a gun inside a red Hyundai rental hatchback, parked on the side of a road that loops past the Qantas terminal.

The vehicle’s hazard lights were flashing and the car was abandoned at the time.

The hatchback has been seized for forensic investigation.

NSW Police told Daily Mail Australia two people were assisting with inquiries and that the operation is not thought to be terror-related.

The AFP have since handed the matter over to police. 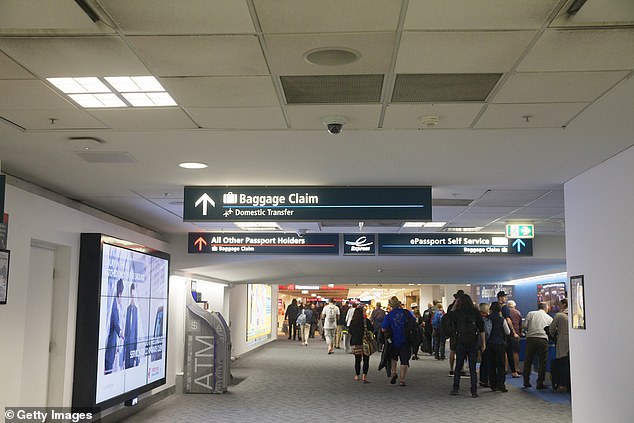