Two British teachers have been locked up in a ‘hellhole’ jail in Oman after being accused of stealing dogs.

Jennifer Green, 33, and a female friend have been held for the past 12 days but claim they were ‘trying to rescue abused animals’ from a ‘cruel’ owner.

Relatives say they are worried sick and Ms Green’s brother Mike said he has been trying to fly to Oman to help.

The women were working as English Language teachers for the British Council – which promotes UK culture abroad – in Muscat before they were arrested.

Jennifer Green, 33, pictured, and a female friend are being held in Oman after being accused of trying to steal dogs and public intoxication

Mr Green, of Stockton-on-Tees, County Durham, said the women were trying to ‘save two mistreated dogs’ who had been left out in ‘scorching’ heat.

He accused Omani officials of imprisoning them on ‘trumped up’ charges including drink driving and public intoxication ‘without evidence’.

He told The Sun: ‘I’m worried sick. She’s being locked up in prison for the last twelve days and because it’s Ramadan, nothing is happening.’

Mr Green, 35, who is currently in New Zealand on business, added one of his sister’s friends has told him the authorities are trying to pressure the women into admitting crimes they didn’t commit.

He said they were initially released by police after agreeing to pay the dogs’ owner £4,000 but that when it went to court the judge called for a further investigation because he thought they had been drinking.

He added: ‘I’m really worried and so is the entire family. Initially she was just brought to the police station but was let go.

‘She phoned me when she was released and she didn’t seem too bothered about it at the time but it has obviously escalated since then.’

Ms Green has been in Oman for more than a year and it is understood the British Council has been in touch with Omani officials to try to resolve the situation.

A British Council spokesperson said: ‘We are aware of an incident in relation to two British teachers employed locally in Oman.

‘We cannot discuss the details of an ongoing legal case and await the outcome of due process by the Omani authorities.’

It is understood the British Council has also been in touch with the British consulate over the case.

A spokesperson for the Foreign Office added: ‘We are providing support to two British women, and their families, following their arrest in Oman. We are in contact with the Omani authorities.’

Radha Stirling, CEO of Detained in Dubai, a firm that represents foreigners abroad, said the case was a ‘reminder there are vast cultural and legal disparities between the West and the Gulf States’. 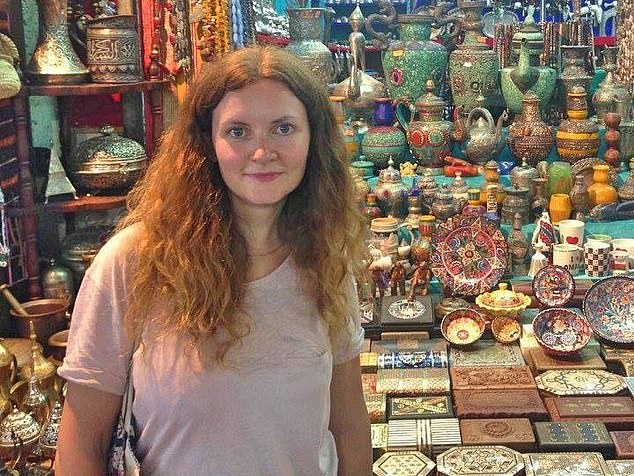 She added: ‘Jenny Green and her friend were in Oman working for the British Council, specifically to help promote UK culture in the country.

‘They allegedly intervened to save abused animals, which is something honourable in Britain, but is a crime in Oman.

‘Abusing animals apparently is not a crime in Oman, and rescuing an animal can apparently lead to abuse by the legal system. I would encourage the Omani government to intervene in this case before the suffering of these young women is prolonged any further.

‘The absence of due process and a genuine rule of law defines the legal culture in the Gulf; from the UAE to Qatar, from Saudi Arabia to Oman. As we see in this case, the original charges of ‘theft’, which were wrongful in the first place; appear to have been arbitrarily compounded with charges related to alcohol by judicial caprice; reportedly because the judge in the case ‘thought the women may have been “intoxicated”.’

She added ‘Conditions in Omani prison are well known to be dismal, with little or no access to medical care, overcrowding, the mixing of violent convicts with people still on trial for nonviolent offences, harsh and abusive treatment by guards, and extreme restrictions on access to communication.

‘It is outrageous that Jenny Green and her friend are enduring this blatant mistreatment, and the UK government needs to step in to secure their release.

‘There is an abject failure throughout the Gulf States in police and prosecutorial investigations, so I have no doubt that the animal abuse which prompted the young women to rescue the dogs, has neither been investigated nor prosecuted.

‘The women allegedly took actions which are praiseworthy in Great Britain, they no doubt assumed it would be appreciated in Oman as well. This case comes down to a cultural misunderstanding, and these two young women do not deserve to be locked up in prison over it.’