The three suspects charged over the ‘massacre’ of three best friends appeared in a Florida court via a video link for the first time Thursday afternoon.

Tony ‘TJ’ Wiggins, 26, his girlfriend Mary Whittemore, 27, and his brother Robert Wiggins, 21, have each been charged over the deaths of Damion Tillman, 23; Keven Springfield, 30; and Brandon Rollins, 27, in Frostproof on Friday evening.

Security footage released by cops Wednesday shows as TJ chats to Tillman, 23, shortly before the shooting on Friday night as he made a purchase at a Dollar General store; at times the suspect, TJ, is seen raising his arms in a surrender gesture and shrugs his shoulders. The victim then leaves the store and TJ walks out after a short delay.

Police claim TJ  then followed Tillman to the remote fishing spot in Frostproof where he was meeting friends Keven Springfield, 30; and Brandon Rollins, 27, before shooting all three dead over a ‘truck deal gone wrong’.

TJ then headed straight to McDonald’s with Whittemore and Robert to order 10 cheeseburgers and two McChicken sandwiches, police say. 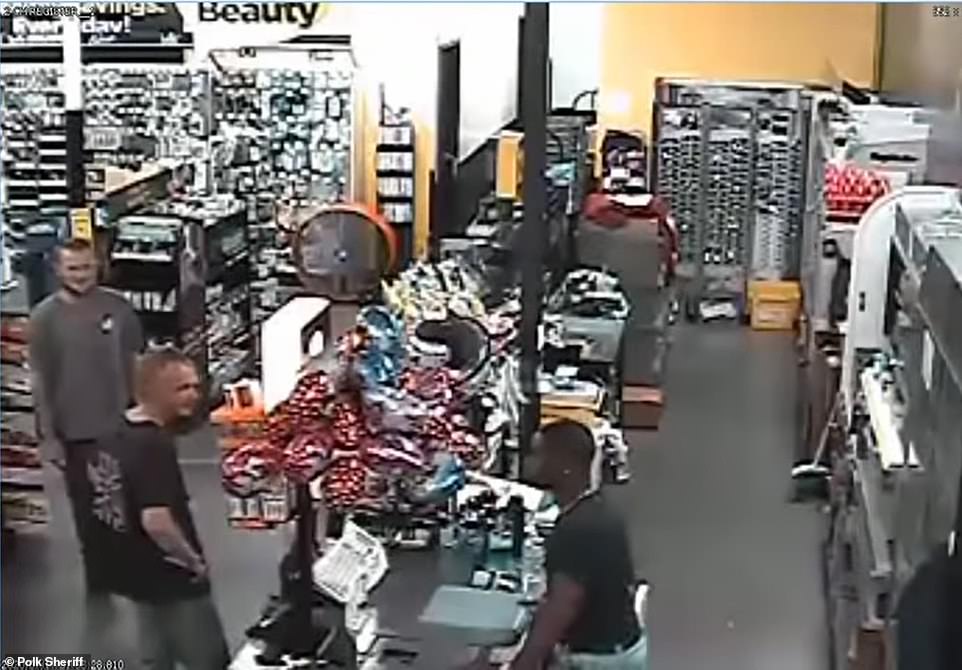 Tony ‘TJ’ Wiggins, 26, is seen talking to Damion Tillman, 23 on Friday night as he made a purchase at a Dollar General store in Florida and at one point he raised his arms in surrender. In a detailed account of what police believed happened, all three suspects are said to have followed Tillman after overhearing his fishing plans with Keven Springfield and Brandon Rollins 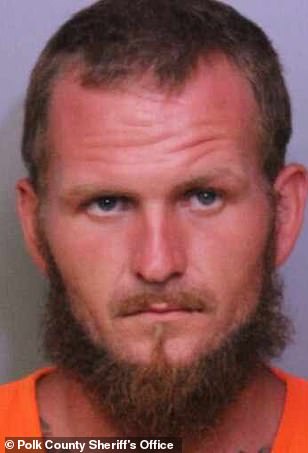 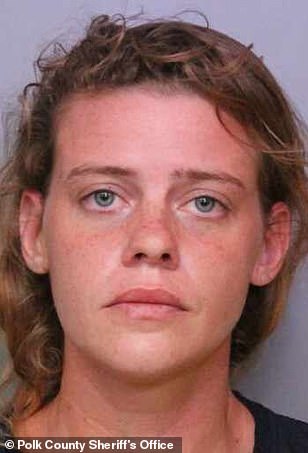 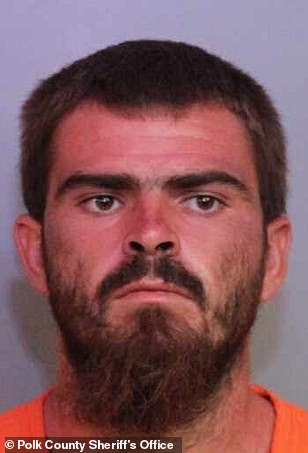 Tony ‘TJ’ Wiggins, 26, left,  his girlfriend Mary Whittemore, 27, center, and his brother Robert Wiggins, 21, right, have each been charged over the deaths of Damion Tillman, 23; Keven Springfield, 30; and Brandon Rollins, 27, in Frostproof on Friday

The following day, the alleged shooter’s brother Robert Wiggins – who is also seen in the video walking into the Dollar General before Tillman – took his truck to be cleaned.

Each of the victims were shot a number of times at the remote fishing spot, police said, after TJ asked Keven: ‘Where’s my truck? You sold the engine out of my truck.’ Springfield is said to have replied: ‘I don’t know what you are talking about.’

TJ had wanted to confront Springfield over ‘some kind of truck deal’ Sheriff Judd said.

Police said in a statement Wednesday: ‘During a search of the crime scene, detectives found a Dollar General bag and receipt dated the night of the murders, and worked their way backwards from there.

‘They responded to the Dollar General store, and retrieved store video surveillance that showed one of the victims – Damion Tillman – making some purchases.

‘Detectives spoke with the clerk, who knows Damion as a frequent customer. The clerk told detectives that Damion said he was going fishing. The clerk also saw the suspects in the store at the same time, and they are also seen in the video.

‘The clerk told detectives that the suspects heard Damion say he was going fishing, and that Keven would be with him, as the clerk listened to all of them talk to each other about it.’ 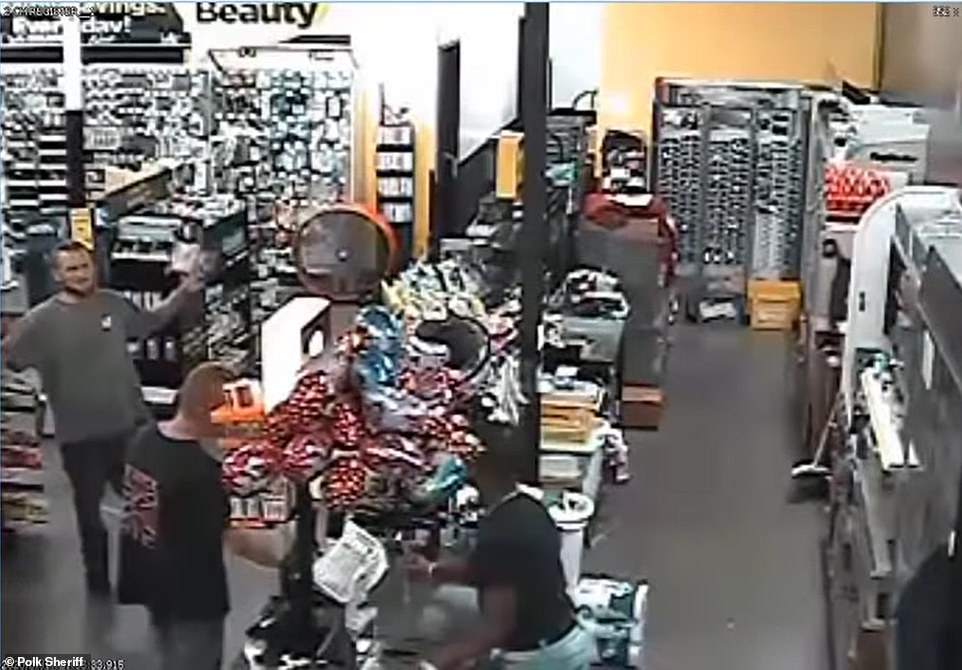 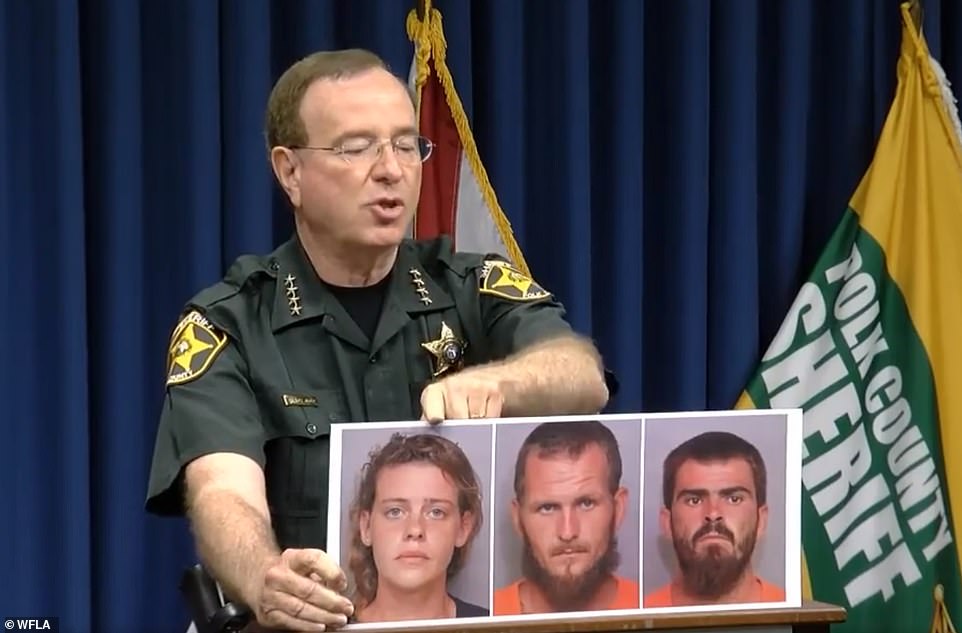 ‘He’s a thug. He’s a criminal. He’s pure evil in the flesh,’ Polk County Sheriff Grady Judd said about TJ, who was first arrested at 12 years old and had 15 felony convictions on his record. ‘He’s wild and he’s out of control.’ TJ also went to prison twice 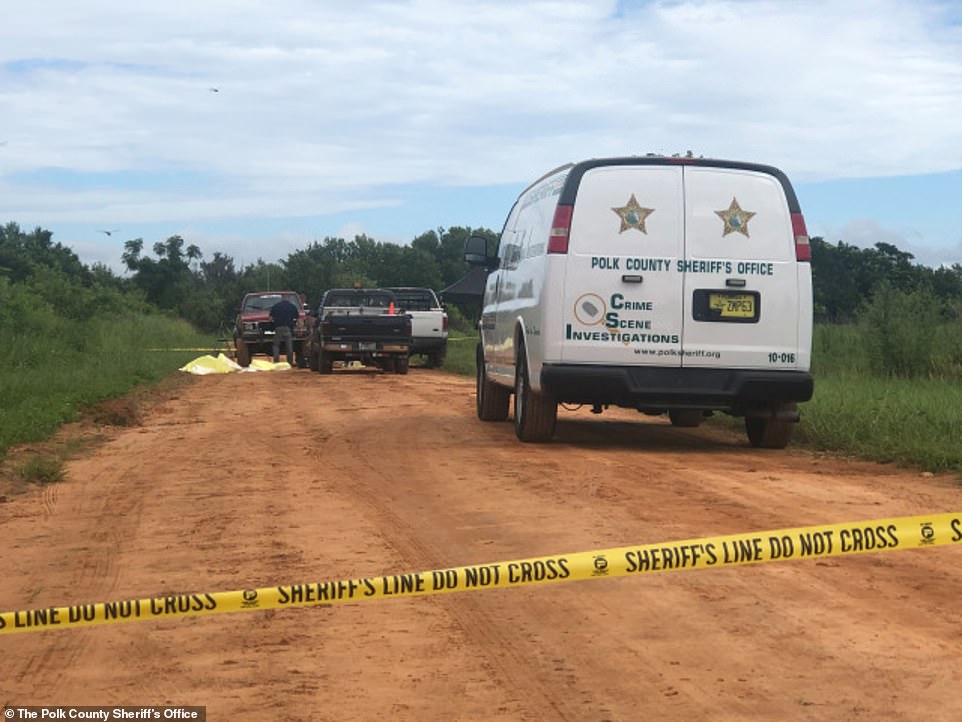 In a detailed account of what police believed happened Polk County Sheriff Grady Judd said all three suspects are said to have followed their victims to Lake Streety in Frostproof, Florida, on Friday night, pictured 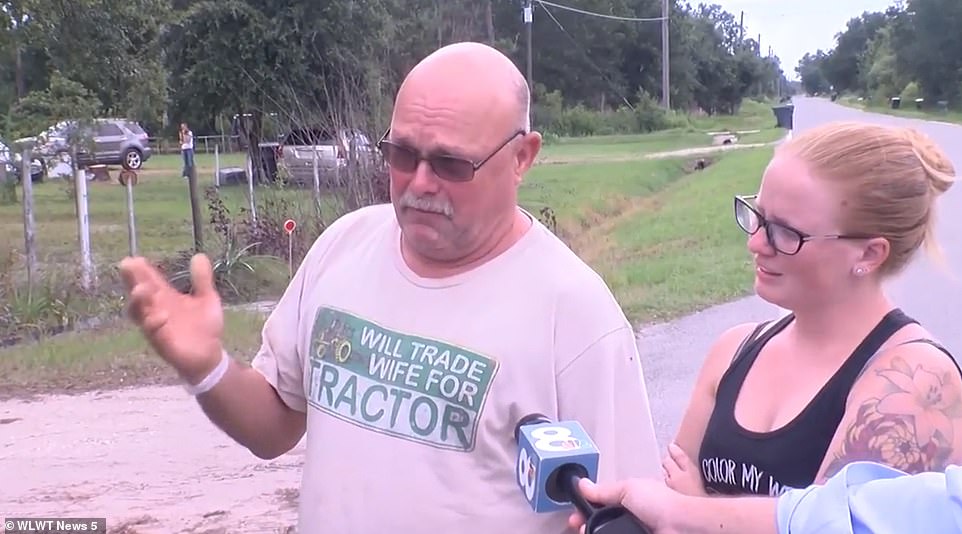 The men were found by Cyril Rollins, the father of Brandon. Cyril is pictured left on Saturday

They added: ‘The search warrant at the trailer also yielded ammunition that was compared to the shell casings found at the scene of the triple homicide. The ammunition was sent to the Florida Department of Law Enforcement (FDLE) lab for testing.

‘The FDLE expedited the testing. The test results came back positive – the ammunition found in the trailer is the same ammunition fired from the gun that night, a Smith & Wesson handgun.’

The three murdered friends were found by Cyril Rollins, the father of Brandon, who managed to call for help just before he died. Sheriff Judd said the shock of finding his son dying alongside his two friends sent Cyril to hospital later in the day.

Sheriff Judd said in an earlier interview: ‘[Rollins’ dad] is not doing well at all. In fact, later in the day he had to go to the hospital as well. You can imagine the horrible shock to hear your son on the cellphone say “help”. You rush to his side, you see his two best buddies shot dead and he is shot and really taking his last breaths.’

‘When he arrived he found his son Brandon barely alive, and his two friends deceased,’ the sheriff’s office said in a press release Saturday. ‘Brandon was able to say a few things to his dad, which we are not releasing at this time.’ 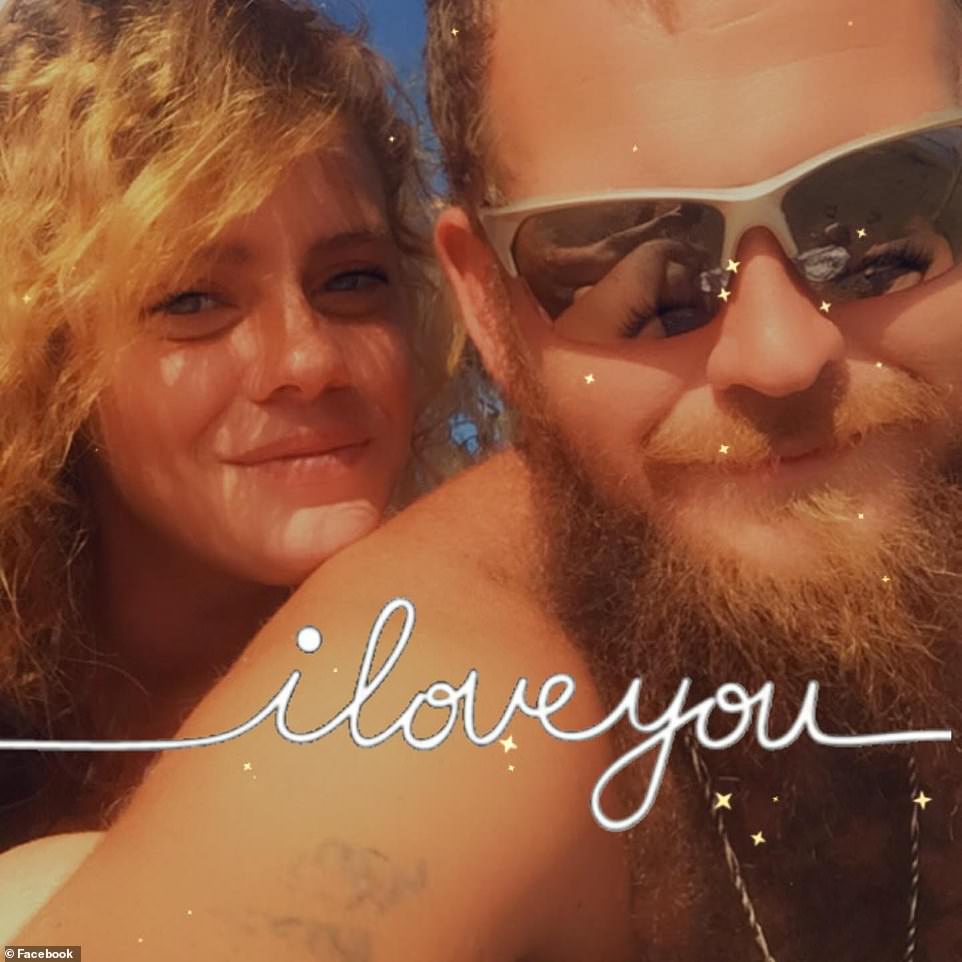 Tj Wiggins and Mary Whittemore pictured. The couple have been arrested in connection to the triple killing 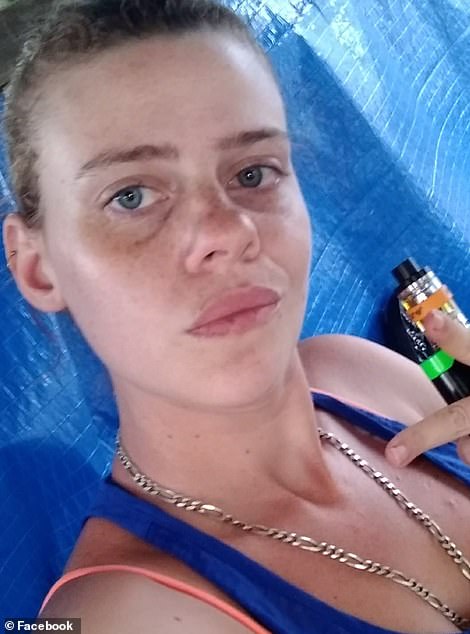 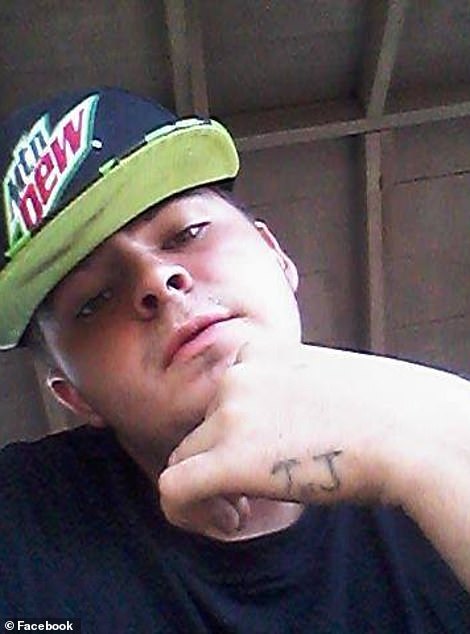 Rollins’ father had left his home without his cellphone, so he returned to a nearby gas station and called 911, the sheriff’s office said. He did not use his son’s phone to make the call, as he would ‘have had difficulty finding it at the scene’, police said Monday.

‘I was just so upset last night, I just didn’t know what to do,’ said Cyril Rollins, ‘We heard some background and they fussing all that,’ he told WFLA 8.

All three arrested in connection with the deaths were found ‘living off the grid’ in two travel trailers on Monday, Sheriff Judd announced. Police say they found two SKS rifles, two Mossberg shotguns, and ammunition for both in a gun safe belonging to TJ Wiggins in one of the trailers. 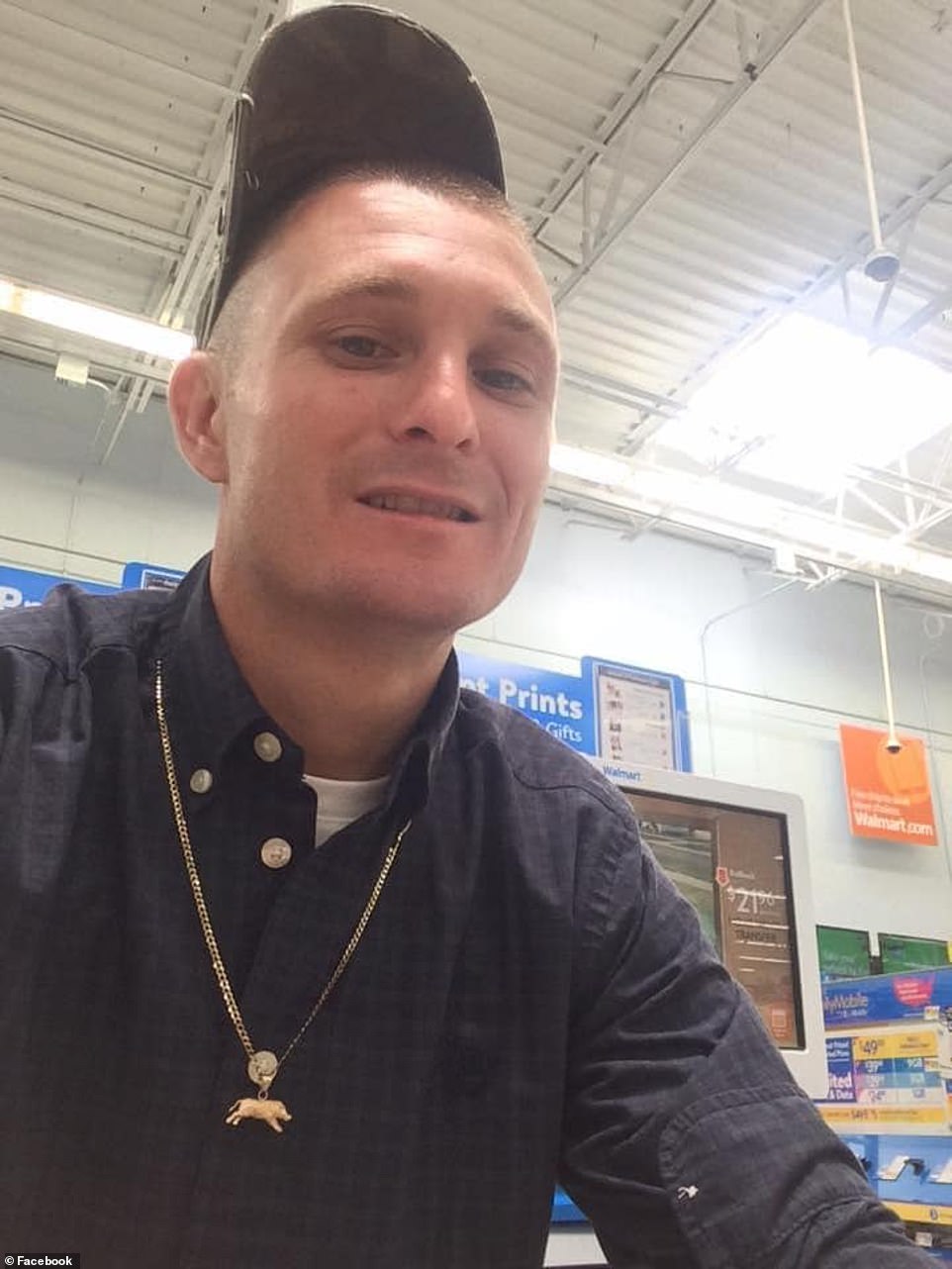 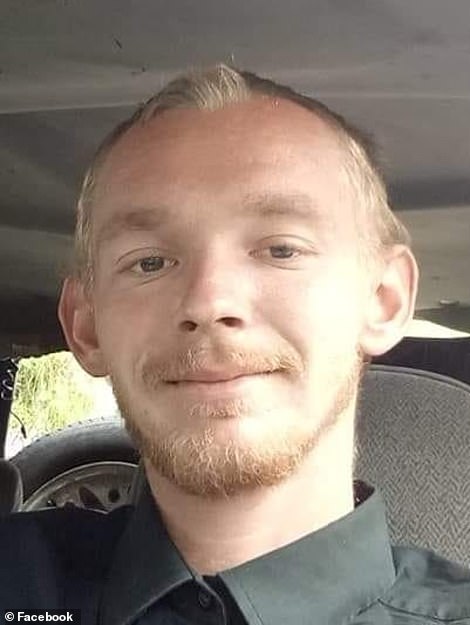 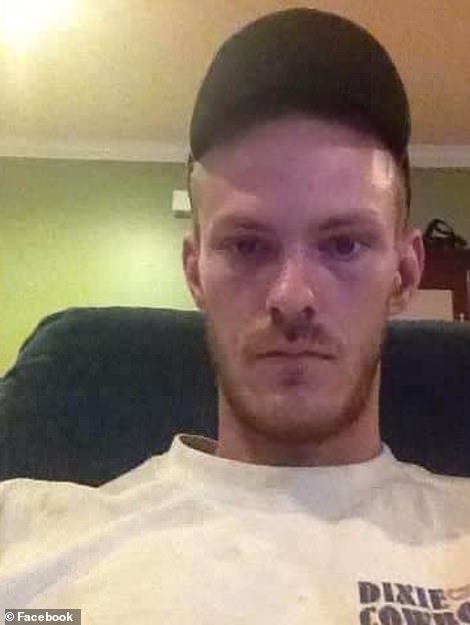 TJ was first arrested aged just 12 and has 230 felonies on his rap sheet including several assault and battery, armed burglary, and weapons charges. He has been convicted on 15 felonies.

Police described TJ as ‘mean’, ‘wild’ and ‘violent’ and someone who ‘would go up and punch people for no reason’.

Robert Wiggins is charged with three counts of accessory to murder and tampering with evidence.

Whittemore is charged with three counts of accessory to murder.