Two Massachusetts men are facing a staggering 82 criminal charges for subjecting a boy to ‘unspeakable beatings and rapes’ while they worked as counselors at a juvenile detention facility between 1997 and 1998, prosecutors revealed on Thursday.

According to the indictments, Buskey is accused of sexually penetrating the teen and forcing him to engage in oral sex, including once at gunpoint, at the Youth Development Center (YDC) in Manchester, New Hampshire.

Buskey allegedly used his ‘superior physical strength’ to force the boy into performing the sex acts – hitting him, punching him and throwing him down onto a mattress.

Murphy is also accused of sexually assaulting and beating the boy, using his position of authority to coerce the youth into sexual encounters.

Hillsborough County grand jury indicted Jeffrey Buskey, 52, with 56 counts of aggravated felonious sexual assault, and Steven Murphy, 50, of Danvers, with 26 counts of the same crime. Both of the men were working as youth counselors at the detention facility during the accuser’s incarceration, though several of the indictments against Buskey allege assaults happened at a private home

Both of the men were working as youth counselors at the detention facility during the accuser’s incarceration, though several of the indictments against Buskey allege that assaults happened at a private home.

‘The allegations are horrific’, Rus Rilee, an attorney for the alleged victim said in a statement. ‘The crimes are unspeakable, worse than anything I’ve ever seen. It’s taken a tremendous amount of courage for the victim in this case to come out over a period of time.

‘The people that were supposed to be taking care of him were the ones that were abusing him, and it’s just very, very, very sad,’ Rilee continued.

The attorney said his client hopes that in sharing his story he’s able to shine a light on the ‘systemic failures that resulted in the physical and sexual abuse that he and others endured over a period of decades’, and wants no other child to endure what he had to go through.

‘He [the victim] hopes that by coming forward to law enforcement, other brave survivors will find the courage and strength to break their silence and tell their stories.’ 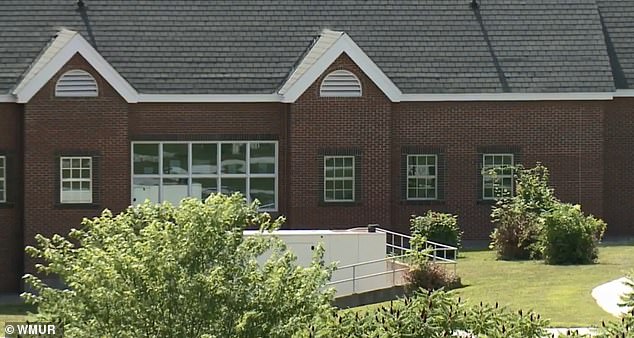 According to the indictments, Buskey is accused of sexually penetrating the teen and forcing him to engage in oral sex, including once at gunpoint, at the Youth Development Center (YDC) in Manchester, New Hampshire

In light of the accuser’s claims of sexual abuse on other children as well as himself, the New Hampshire Attorney General’s office has launched a ‘comprehensive and multi-faceted’ probe to determine whether there were any other victims of physical or sexual assaults, and if so how widespread the purported abuse was.

Investigators will initially focus on the operations and faculty members of the YDC – since renamed the Sununu Youth Services Center – from 1990 to 2000.

‘The state of New Hampshire stands ready to assist and cooperate in any investigation that will bring these detestable perpetrators to justice,’ he said in a statement. ‘I am confident that the Attorney General’s Office will aggressively pursue this case – zero tolerance means zero tolerance.’

The Manchester center serves children ages 13 to 17 who have been ordered to a secure institutional setting by the juvenile justice system.

It once housed upward of 100 youths, but the daily census dropped from around 60 to fewer than 30 last year when state law was changed to send only those accused or convicted of serious violent offenses to the center.

‘The Sununu Youth Services Center is in many respects a very different institution than it was in the 1990s. However, this despicable discovery is a reminder of the vulnerability of children,’ said Moira O’Neill, director of the state Office of the Child Advocate. 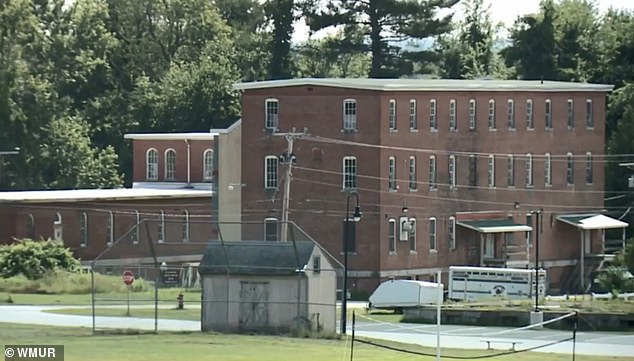 Authorities said all of the alleged offenses are said to have taken place between October 26, 1997 and September 30, 1998. The victim was between the age of 13 and 18 at the time

In an email, she said she was encouraged to see that the Department of Health and Human Services, which oversees the center, is working with law enforcement and recognizes the need to ensure children’s safety.

The attorney general’s office urged anyone with information about criminal activity to contact investigators, and anyone who was abused at the center to contact a crisis center.

Amanda Grady Sexton, a spokeswoman for the New Hampshire Coalition Against Domestic and Sexual Violence, said in a statement that the children entrusted in the center’s care ‘are among the most vulnerable populations in the state of New Hampshire, and we are deeply disturbed by these indictments.’

In May last year, another advocacy group alleged that staff at the center routinely violated state law in using dangerous, face-down restrain methods, including breaking the arm of a 14-year-old boy with severe anxiety and post-traumatic stress disorder who was waiting for an opening at a community-based residential program.

The Disability Rights Center said staff caused serious injury to the boy during the December 2016 restraint, delayed his medical care and failed to notify the advocacy group as required by state law. But state officials called the allegations unfounded and irresponsible.

They said New Hampshire should consider intensely serving and studying its small number of incarcerated youth as it works to implement broader reforms.

No court dates have been scheduled yet for the trial of Buskey and Murphy. Neither of the two men could be reached for comment and it remains unclear whether they have an attorney.

Anyone with information about criminal conduct at the Youth Development Center is urged to contact investigator James Kinney at the Attorney General’s Office at 603-271-1258 or james.kinney@doj.nh.gov.