A couple of of deer were found in southern Oregon with arrows caught shot through their bodies.

The animals were found in the wild Friday near Shady Cove, Oregon, one with an arrow embedded through its head and the other close to its neck.

Fish and Wildlife workers tried to tranquilize the deer to remove the arrows but were unable to capture them. 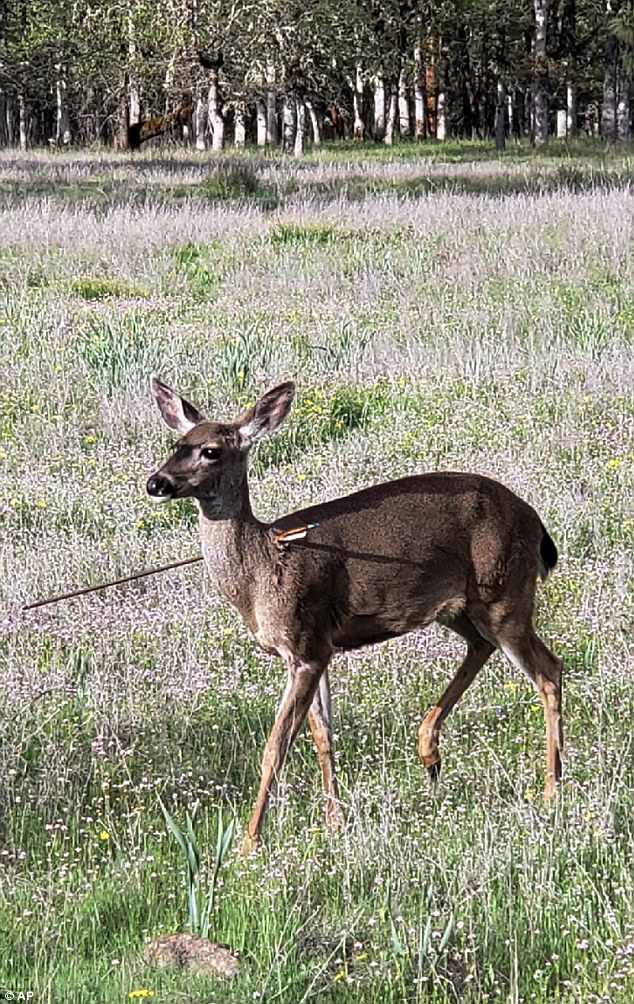 A $3,500 reward for information leading an arrest is being offered

The injuries to the deer, which are apparently able to graze and move around, do not appear to be life-threatening, although there is a risk of infection.

Additional information was later received that there might also be a third deer with an arrow stuck in it.

A $3,500 reward is being offered by the Oregon Hunters Association for information about the attackers. The TIP program number is 1-800-452-7888.

‘Poaching wildlife and damaging habitats affects present and future generations of wildlife, impacts communities and the economy, and creates enforcement challenges,’ police said in a statement. 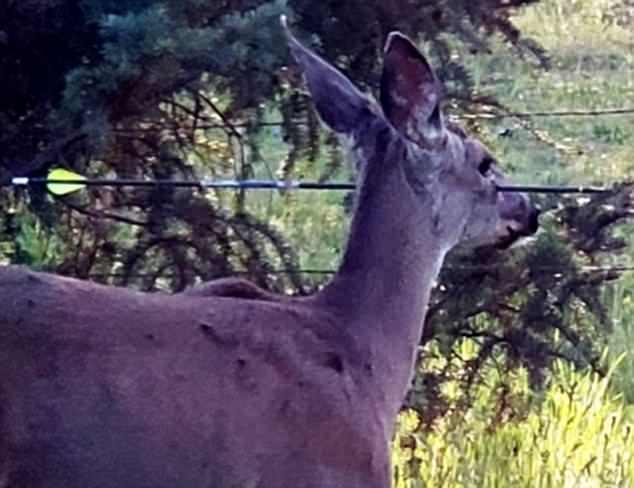 Oregon State Police spokesman Kaito Raiser told The Oregonian that they were still on the lookout for the affected deer — and that the arrows they had been stuck with were not the kind used by hunters.

‘We’ve been unable to capture the deer to [tranquilize the animals and] remove the arrows,’ Raiser said.

‘You have to get very close to the deer, about 30 yards, for it to be effective, which is difficult for wild deer.’