Two emergency doctors are both in a critical condition after contracting coronavirus.

One patient is a 70-year-old physician in Paterson, New Jersey, while the other is an emergency physician in his 40s in Kirkland, Washington state.

It is understood that Dr James Pruden, of St Joseph’s Health Medical Center, was taken to hospital with respiratory problems and cold-like symptoms on March 6 and remains in isolation in intensive care.

The second doctor is an unnamed emergency physician in his 40s and is in stable but critical condition after having symptoms consistent with the deadly virus.

He worked at EvergreenHealth Medical Center in Kirkland, Washington, where at least 15 people have died from the virus. The Seattle area is known as the epicenter of the US outbreak.

The hospital said in a statement to the New York Times: ‘EvergreenHealth is providing care for one of our physicians who has a confirmed case of Covid-19. He is in critical condition but stable.’

The first two US deaths from COVID-19 were patients at EvergreenHealth and the Life Care Center of Kirkland at the start of the month.

Dr Pruden helped lead St Joseph’s Health through a swine flu outbreak in 2009 and Ebola response in 2014, according to NorthJersey.com.

The names of coronavirus patients are not usually released, but Dr Pruden gave permission for his identity to be given to the media, St Joseph’s Health president Kevin Slavin told local reporters at a press conference. 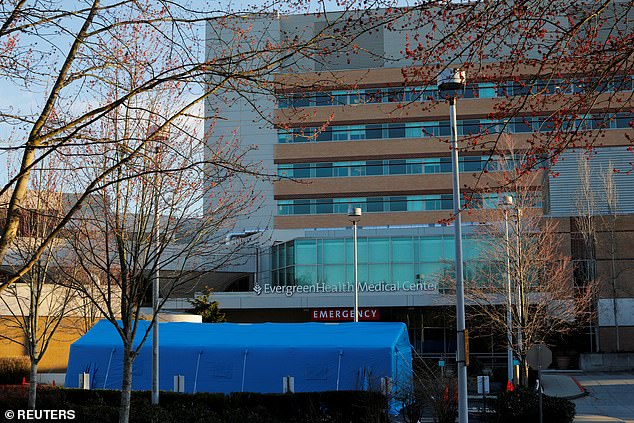 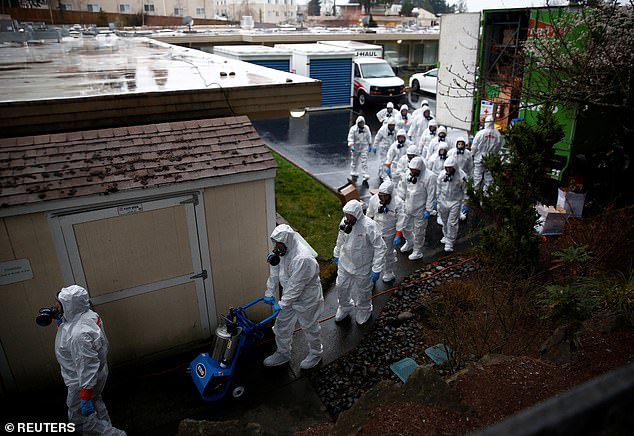 Fears have been growing for the health of front-line medics as the coronavirus deepens in America and Europe.

Dr Angela Fusaro, an emergency doctor in Atlanta, said doctors a nd nurses are at risk of catching COVID-19 due to the proximity to infected patients.

She told the Times: ‘Things that might be necessary to stabilize their [patients’] life are pretty intimate.

‘If you have to put in a breathing tube, you are going to be right up against them. You can’t practice that type of medicine from afar.’

EvergreenHealth Medical Center in Kirkland said in a statement on Sunday that the hospitalized doctor was in ‘critical condition but stable’.

At least 42 people have died from COVID-19 in Washington and there are more than 750 confirmed cases statewide.

Dr Liam Yore, the immediate past president of the Washington Chapter of the American College of Emergency Physicians, told The Seattle Times the doctor was in his 40s. 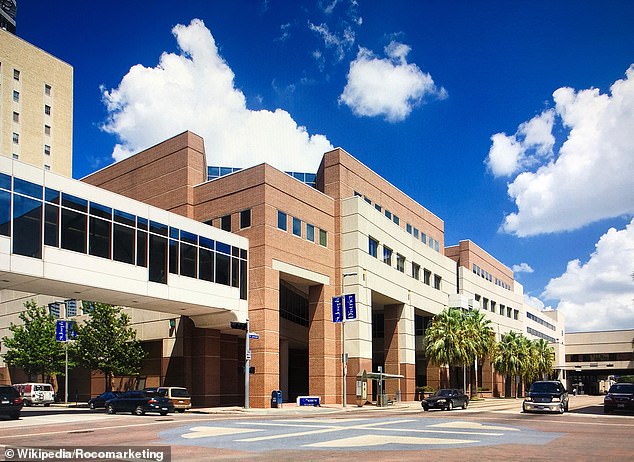 Yore told the newspaper the doctor had used personal protective equipment and that it was not known whether the physician contracted COVID-19 in the community or at work.

Twenty-nine of the deaths in Washington state are linked to the Life Care Center of Kirkland, the nursing home at the center of the outbreak in the hard-hit region.

Large swathes of America are shutting down after the Centers for Disease Control and Prevention (CDC) on Sunday night advised against holding large gatherings of more than 50 people for at least eight weeks to fight coronavirus.

Washington, Ohio, Illinois and Massachusetts all ordered bars and restaurants to offer take out food only. California has asked all bars to shut and Los Angeles has ordered owners of establishments to shut them down.

The worldwide outbreak has sickened more than 169,000 people and left more than 6,500 dead, with thousands of new cases confirmed each day.

In the United States, there are more than 3,700 confirmed cases of the coronavirus and nearly 70 deaths.