By Elly Blake For Mailonline

A pair of British holidaymakers were stunned to discover the price of a pint in Benidorm is cheaper than a cup of tea.

Graham 38, and Darren, 48, from Middlesbrough booked a £115 five-day trip to the popular Spanish resort because ‘it’s cheaper than staying at home’.

They decided to book the trip after Graham said the price of the holiday cost the same amount as what he pays for his gas and electricity bills for five days.

In a TikTok video which has amassed more than 1.7 million views, the pair can be seen at a bar in the popular Spanish resort asking the landlady the price of two drinks.

Graham 38, and Darren, 48, from Middlesbrough booked a £115 five-day trip to the popular Spanish resort because ‘it’s cheaper than staying at home’

One of them then jokes: ‘Well I can’t afford not to drink.’

Meanwhile, the average cost of a pint in the UK is £3.95, according to figures from consultancy firm CGA. 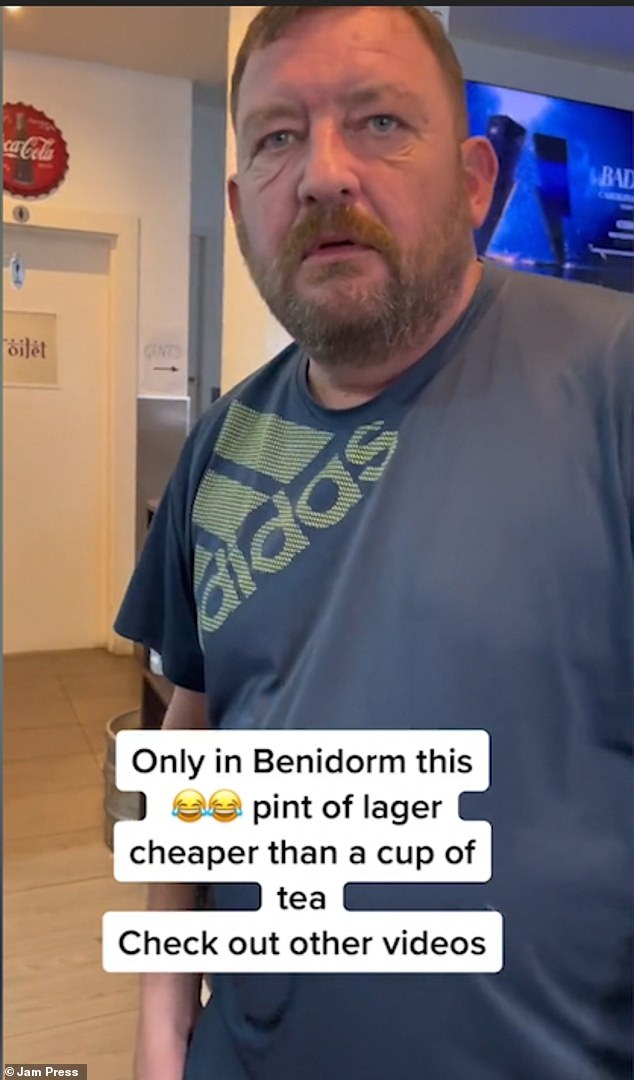 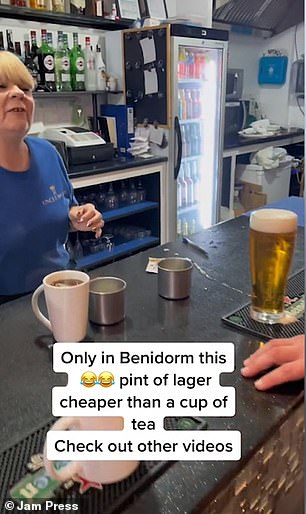 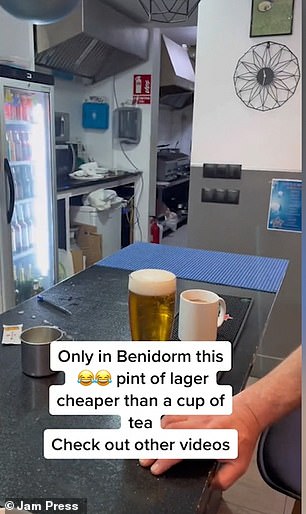 People on TikTok praised the ‘legends’ while another said: ‘That should be the poster boy of the average person to go to Benidorm.’

‘I can’t afford not to drink,’ someone else commented.

Another added: ‘Euro a pint. Spot on what bar is that.’

‘He went to heaven right there,’ someone else said.

‘Darren felt hungover and didn’t want to drink, but that turned out to be the cheapest option,’ Graham, who posts regularly on TikTok, told NeedToKnow.Online.

He continued: ‘Darren is like a celebrity in Benidorm, as he’s always getting pulled up for pictures – and is just a happy lad who gets on with everybody.’

While his partner found the humour in his antics with the pair claiming they’ve been dubbed the new ‘Ant and Dec’.

Graham added: ‘My partner laughed and said [we’re] mad, along with cheering her up.

‘Darren ended up singing on stage and doing a duet with Chrissy Rock from the TV show, Benidorm, which I got good videos of.

‘We also went to watch the England match and the bar was full of singing – it was great.’