Two lazy detectives who dropped child abuse investigations so they could enjoy romantic Chinese meals together have been jailed for a total of three-and-a-half years.

Showing ‘contempt’ for sex abuse victims, they forged documents to convince bosses to take no further action against suspects.

Pollard destroyed evidence about a man with ‘disturbing sexual traits’ accused of assaulting an eight-year-old boy.

Patterson cancelled an appointment to gather evidence from social services records so she could get a manicure and have a Chinese meal with Pollard.

Patterson was jailed for 18 months today while Pollard got two years.

The lovers worked for Essex Police’s Child Abuse Investigation Team, which faced a huge caseload in the wake of the Jimmy Savile abuse scandal.

Both have been sacked for gross misconduct and may be barred from claiming their police pensions.

Patterson sobbed as Judge Nigel Lickley, QC, jailed her for 18 months. Pollard remained stony-faced as he was jailed for two years.

Judge Lickley said: ‘The offences arise when you were both working as DCs within Essex Police’s Child Abuse Investigation Team, tasked with investigating cases of sexual abuse or violence.

‘You chose to end the cases and to bring about an NFA [no further action] outcome because you chose not to do the work required of you.

The judge continued: ‘You showed contempt for those involved, believing no doubt that you would never be found out. You betrayed the public’s faith and confidence in you.

‘In some instances, perfectly good cases may have been lost because of your actions. The truth will never be known.

‘Victims and supervising officers were mislead by your deceit and forgery.’

One of the victims whose case Patterson sabotaged had ‘taken years to get the strength and courage to report the sexual abuse she had suffered as a child’, Judge Lickley said.

‘She will never gain the closure she sought because of your behaviour,’ he added.

The judge said the child abuse unit reached ‘crisis point’ in 2013 as ‘the workload increased and the staff numbers fell’.

‘It cannot and does not justify what you did,’ he concluded. 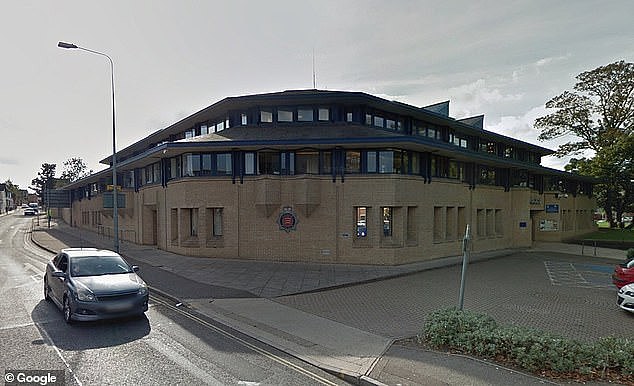 Charges were brought against the pair after several probes into the performance of the unit in 2014 and into 2015.

Prosecutor Alexandra Healy, QC, said: ‘The motivation appears to have been a combination of laziness, self-preservation and sometimes a cynical disdain for complainants in those child abuse investigations.’

Mother-of-three Patterson divorced husband Andy in 2013 after he discovered her affair with Pollard.

The pair started seeing each other weeks after joining the same child abuse unit.

Pollard left his wife Fiona for a short period in 2012 before they too split the following year.

After the case, Essex Police Assistant Chief Constable Andy Prophet said: ‘Whilst today’s sentence brings about a conclusion to Operation Maple, we will never lose sight of the fact that at the heart of this issue were a number of victims that we let down.

‘We hope that they accept our apologies but more importantly we hope they and the public of Essex accept our reassurance that once these issues came to light, we acted immediately to tackle them.’