Two leopard cubs spotted playing with one another at African reserve

Spotted! Photographer captures pair of leopard cubs playfighting while their mother is away hunting

By Tommy Taylor For Mailonline

A pair of cheeky leopard cubs were caught in action at the Mashatu Game Reserve in Botswana.

The images were captured by wildlife photographer Janet Kleyn, 53, as she watched the cubs play with one another while their mother was out hunting.

Kleyn had waited five days to catch them in action as she was ‘aware there were two cubs in a den in the area.’

The cubs began circling around one another with one becoming more aggressive as they bit the other’s tail.

The pair then moved to a log where they began wrestling one another which included more biting and some clawing.

Leopard cubs often will practice stalking and hunting prey so they can learn how to fend for themselves when they are on their own. 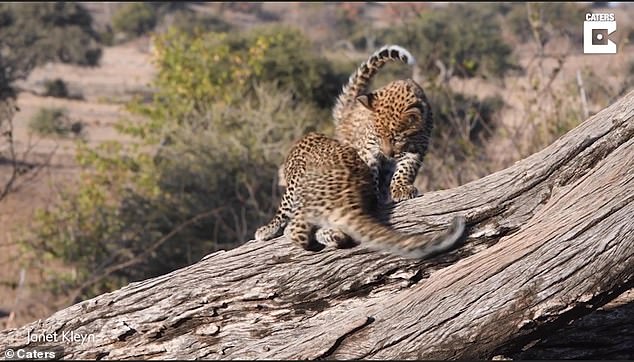 The leopard cubs were seen circling each other in preparation 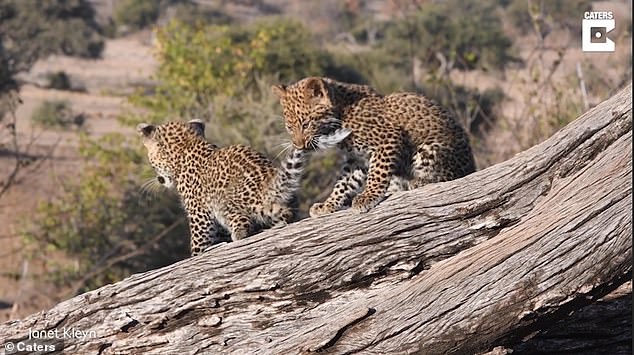 One leopard cub began aggressively biting the tail of the other 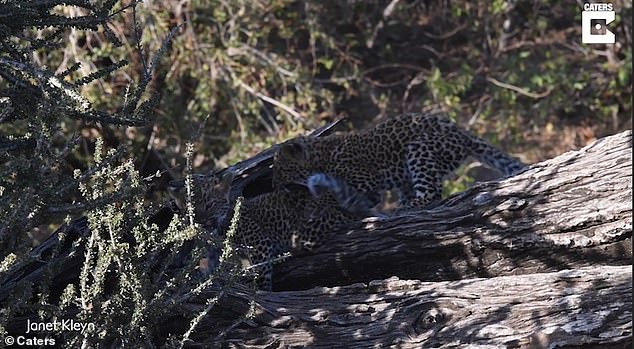 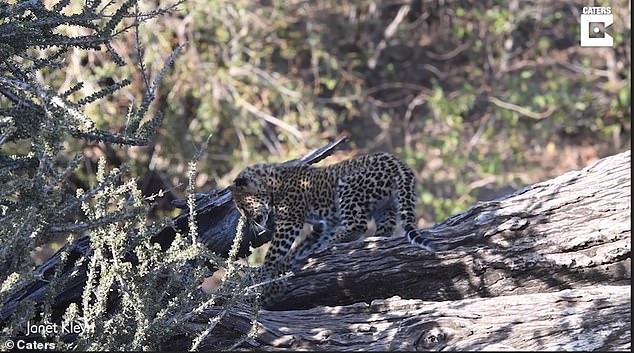 They then began chasing one another up a tree where they showed off their impressive jumping skills.

Leopards are known for their incredible jumping skills and can get up to 6 metres in one leap. 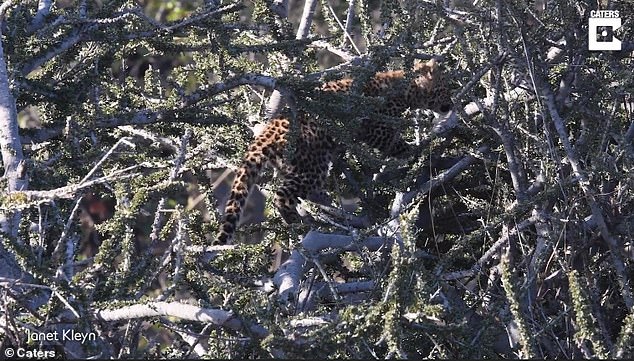 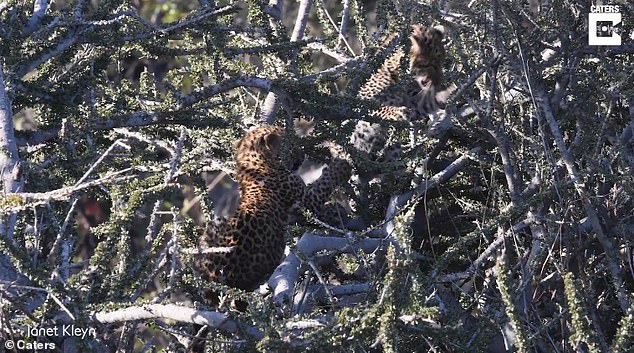 The end of the shoot had yet another capture of the pair playfully wrestling on the ground.

It is not long before until these well-prepared cubs will be able to join their mother on the hunt and begin to fend for themselves.

The mother is left to hunt for their cubs on their own for the first 12 weeks after the cubs are born. 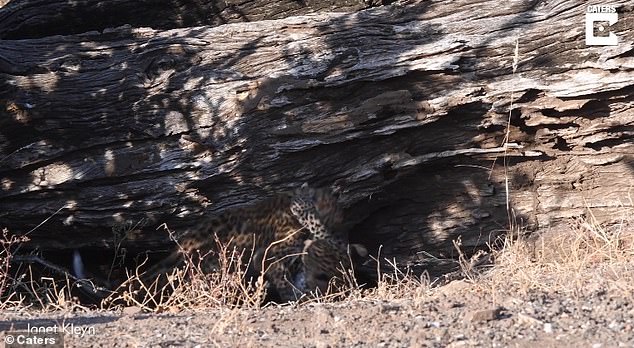 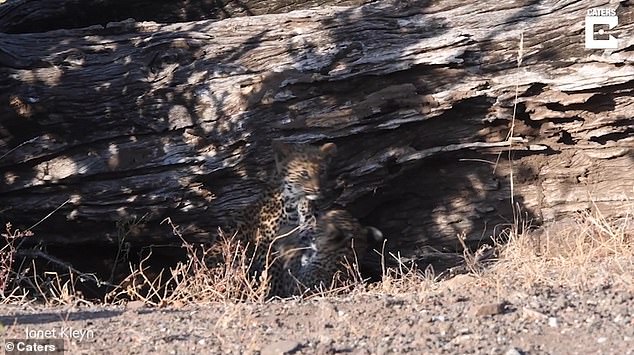 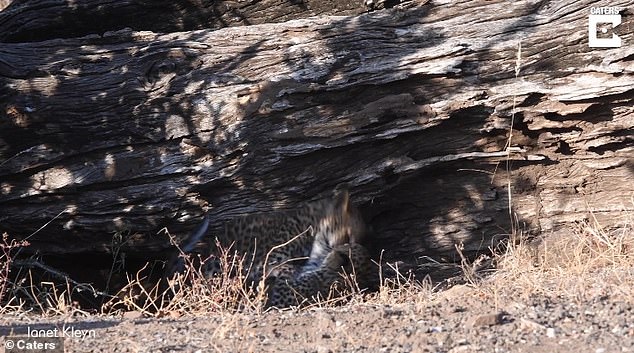