Two men have been arrested after a 13-year-old schoolgirl was ‘almost snatched off the streets’ as she ran by a white Ford transit van.

Officers were called to Welwyn Garden City, Hertfordshire, at 6.20pm on Friday after the girl’s parents called 999.

She had run home and was in a ‘shaken’ state as she explained what had happened.

The girl claimed a man jumped out of a white Ford transit van and grabbed her by the arm.

She managed to shake him off before running the rest of the way home. Officials said: ‘A 13-year-old girl was out running when she passed a white Ford Transit van.

Officers were called to Welwyn Garden City (file image), Hertfordshire, at 6.20pm on Friday after a 13-year-old girl’s parents called 999

‘A man exited the van and grabbed the victim’s arm.

‘She managed to push him away before running home to safety, where her parents called the police straight away.’

A vehicle has been seized and police are looking for CCTV or dashcam footage that may have captured the attempted kidnap.

Detective Inspector Jason Finnegan, who is investigating the shocking incident, said: ‘I know that news of this incident is understandably going to come as a shock to the community.

‘The victim was not injured but has been left shaken by her ordeal.

‘However, I want to reassure her, her parents and the wider public that we always take reports such as these extremely seriously, and thanks to the diligence of several police officers, we currently have two people in custody.

‘A vehicle has also been seized as part of the inquiry and we are conducting extensive enquiries to determine the exact circumstances of the incident, with detectives looking at CCTV footage and speaking to residents in the vicinity of where it happened. 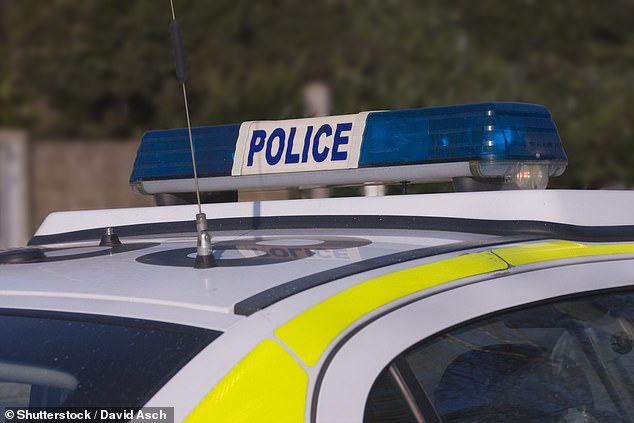 ‘I would now like to make a public appeal for witnesses to this incident – did you see what happened?

‘Have you seen any suspicious activity in the area?’

Officer are particularly interested in anyone who saw strange vehicles parked in or near Eddington Crescent in the last 24 hours.

‘If you live near to where the incident happened, please review your footage as soon as possible and make contact with us if you believe you have captured anything of significance.’