Two men have been taken to hospital in critical condition after a shooting in north Dublin on Friday.

The men were driving in a car in the St Margaret’s area of the city, near the airport, when multiple shots were fired around midday.

The driver of the vehicle was shot five times, including once in the head, while the passenger was shot at least once in the back, local media reports.

It comes after 17-year-old Keane Mulready-Woods was killed as part of an ongoing gang war in nearby Drogheda which is thought to involve north Dublin gangs. 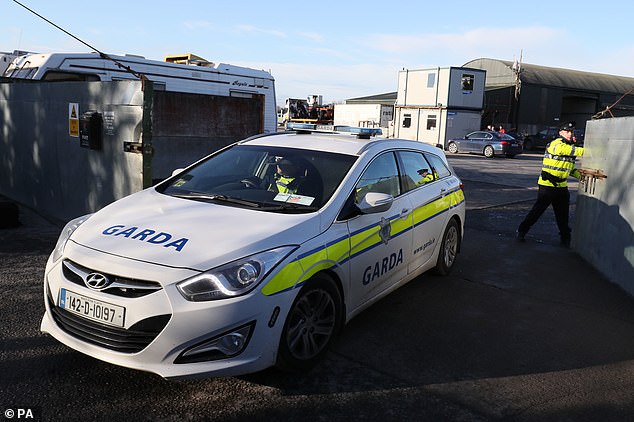 It is thought the driver of the car was shot five times, including once in the head, while the passenger also received multiple wounds 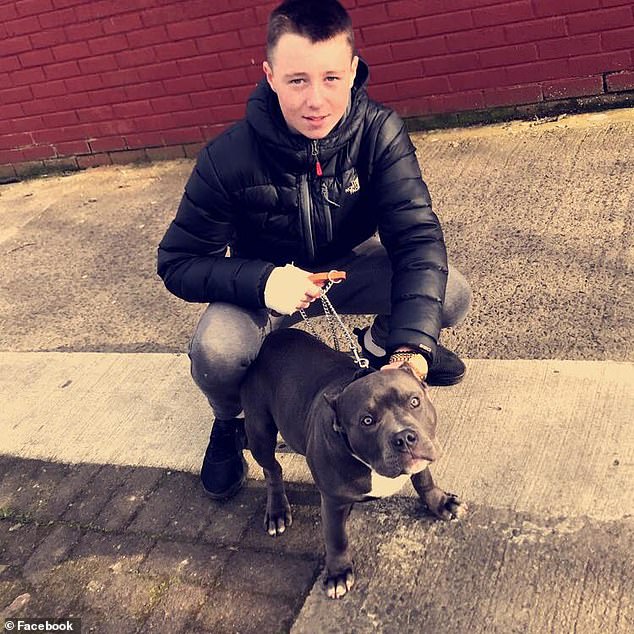 Two men aged in their 30s were arrested a short time later, close to a burning car in the Darndale area of Dublin, the Irish Independent reported.

The men are well-known to police and have links to organised crime in Coolock.

Gardai are trying to establish whether the burning car is related to the gun attack.

Meanwhile the scene of the shooting – outside a forklift truck company – was quickly cordoned off as forensic teams and armed response units arrived.

Police confirmed they are on the scene, but did not give any further information.

The site of Friday’s shooting is five miles from Coolock, the hub of a recent gang feud and where the severed limbs of Mulready-Woods were discovered on Monday.

The teenager had links to two gangs at war with each other in the town of Drogheda, around 30 miles north of Dublin.

Police believe he was kidnapped in the town on Sunday night and taken to a nearby house where he was murdered and dismembered.

His severed limbs were then discovered inside a black Puma sports back in the Coolock area of Dublin late on Monday. 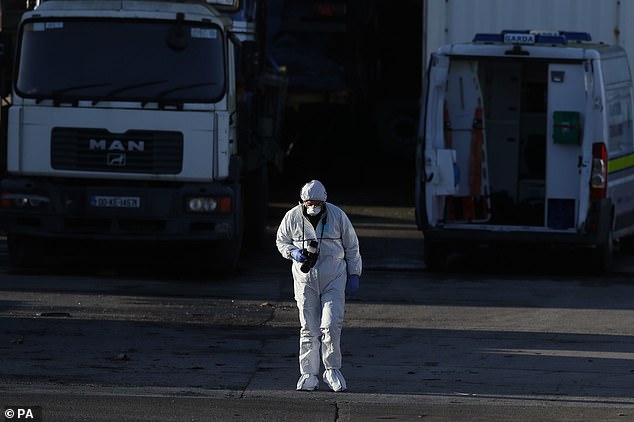 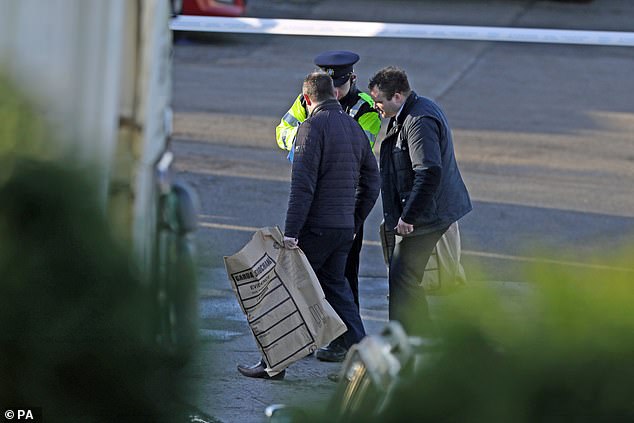 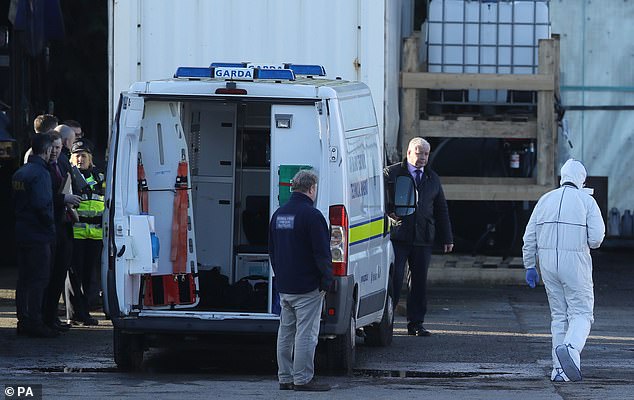 On Wednesday more remains, including a severed head, were found in a burning car in the Drumcondra area.

Police cordoned off a house in Drogheda where they believe the murder took place, and have been carrying out forensic examinations since Monday.

It is thought that blood-soaked flood boards have been discovered at the property, along with a stash of machetes potentially used in the crime in a nearby shed. 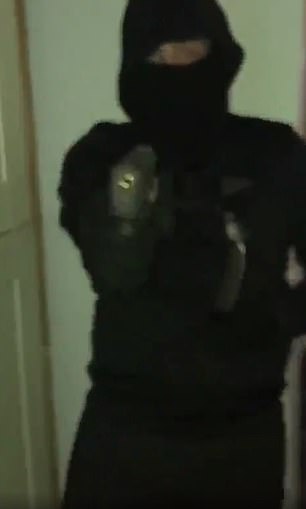 The killing has prompted both sides to vow vengeance, with videos of balaclava-clad men brandishing weapons posted online

He is the third person to be killed in the Drogheda feud, which claimed the lives of Keith Branigan and then Richie Carberry last year.

The prime suspect in Mulready-Woods’s murder is a north Dublin hitman who is also thought to be linked to a series of murders across Dublin known as the Coolock feud.

If confirmed, then the teenager’s killing threatens to combine the two separate wars into a much larger conflict.

MailOnline has seen two videos – both showing balaclava-clad men wielding weapons who claim to be involved in the feud, threatening reprisal attacks.

Police have so-far failed to make any arrests over the death of Mulready-Woods, which had led to fears of further violence.

A potential revenge shooting took place on Monday when bullets were fired at a taxi on the Bridge of Peace in Drogheda around 6.20pm – hours before Mulready-Woods’s remains were discovered.

An innocent driver was left wounded in the shooting, which is though to have targeted a known gang member sitting in his front seat.

While the intended target is known to police and has links to a gang involved in the feud, officers have not said whether it was carried out in revenge for Mulready-Woods’ murder. 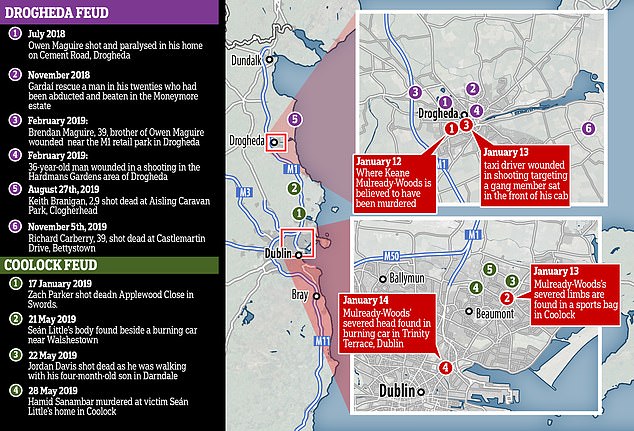 The Coolock feud saw at least five people killed across Dublin in 2019, while the Drogheda feud saw two killed and four injured in the same period. But the murder of Mulready-Woods (right) is now threatening to combine the two into a much larger war 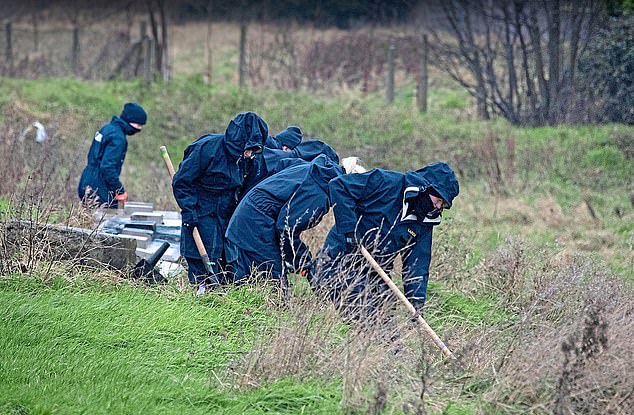 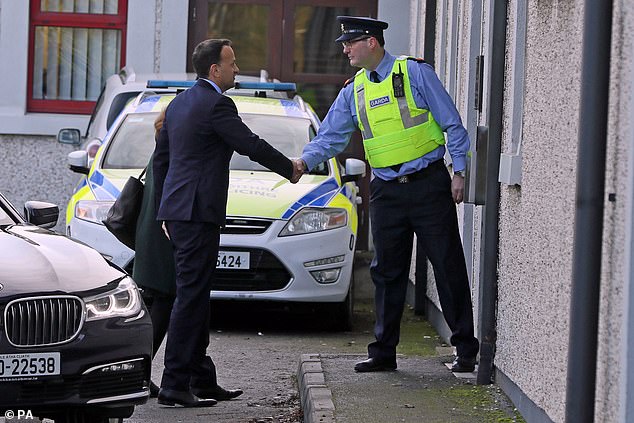 Taoiseach Lo Vradkar arrives at the Drogheda Garda Station on Friday to receive an update on the murder, which he said left him ‘shocked’