Two men have been arrested after the shocking alleged assault on a man which left him fighting for his life on the side of the road.

Police charged a 26-year-old man and a 27-year-old man with grievous bodily harm, and they are expected to appear in Beenleigh Magistrates Court Monday morning.

Gold Coast concreter Brock Prime, 29, was left for dead on the side of M1 between Pimpama and Yatala on Saturday following a road rage attack on a motorway and could be in a coma for weeks.

Brock Prime is ‘in a bad way’ at Gold Coast University Hospital following a shocking road rage attack on the M1. He will require a second operation on Monday 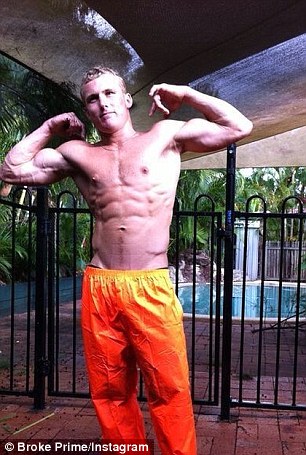 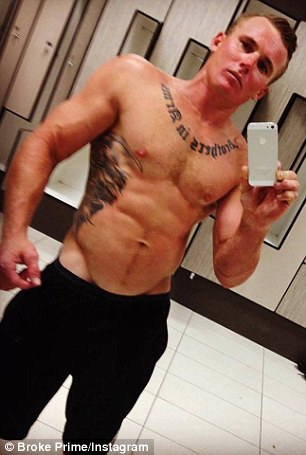 He had recently survived a stabbing, and he could be in a coma for weeks following the attack 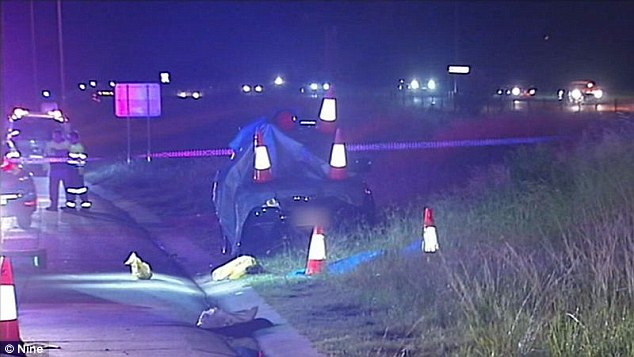 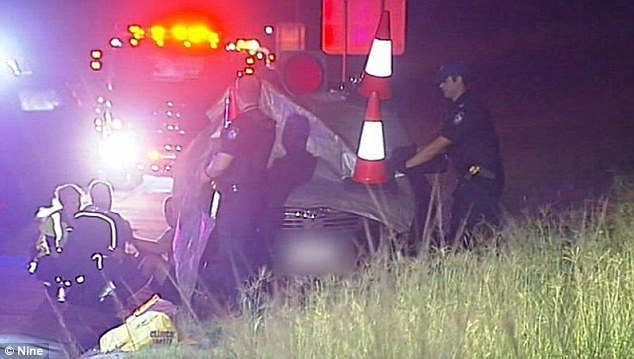 Police are yet to provide a description of Brock’s attackers and have appealed with anyone in the vicinity of the M1 between Pimpama and Yatala between 9.30pm and 9.45pm on Saturday night to come forward

Lawyer Campbell MacCallum told Daily Mail Australia he ‘felt sick’ when he received the news about his long standing client and friend on Sunday morning.

‘From the information his mum has told me, he was attacked from behind with a tyre iron. He has lost 20 per cent of his brain function and will be operated on again on Monday. He is expected to be in a coma for a number of weeks and is at risk of suffering a significant brain infection.’

Mr Prime’s mother Donna said his left side will be like a stroke victim and will be in coma from anywhere between four days to three weeks, The Gold Coast Bulletin reported.

‘His left side will be like a stroke victim because he’d already had to take a quarter of his brain,’ Ms Prime said.

‘Five centimetres of his skull was crushed into his brain with dirt and concrete so they removed all of that to clean it out so they know it’s already damaged.

‘The quicker he gets out of a coma, which depends on the infection and swelling, gives him more of a chance of surviving.’ 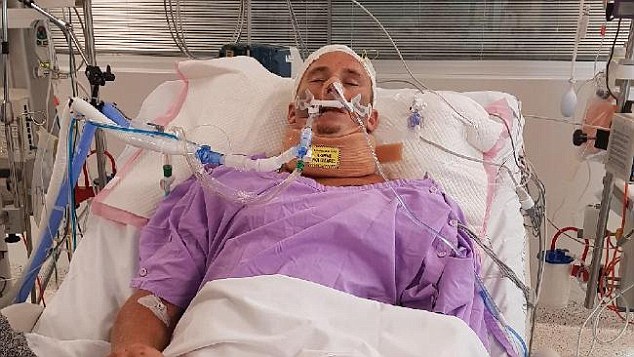 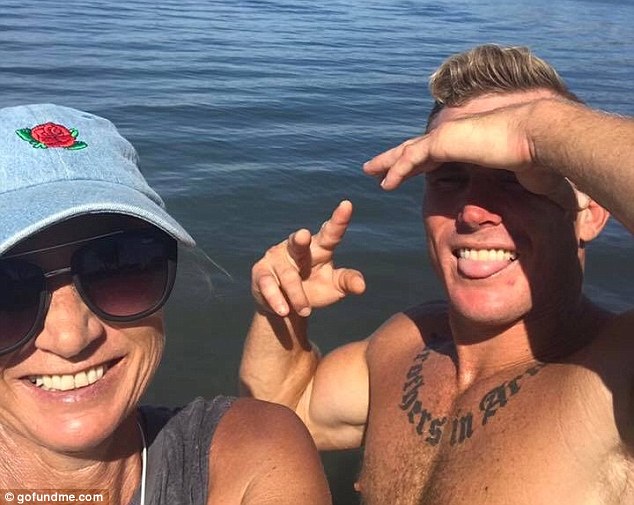 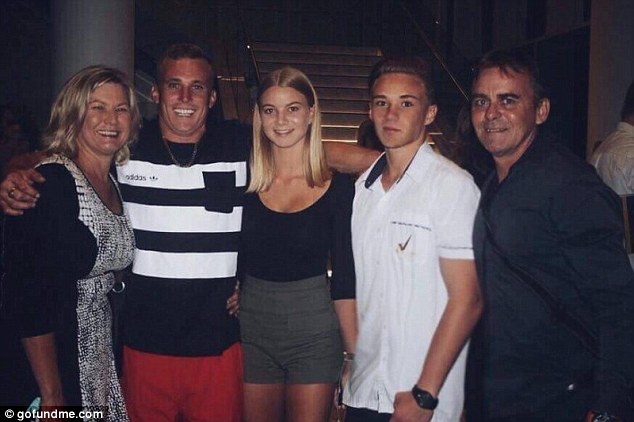 Police were called to the M1 near the Gold Coast about 9.45pm after reports of an altercation between a man and the occupants of a white van or mini bus on the side of the motorway between Pimpama and Yatala on the Gold Coast.

Investigations suggest the van may have had up to 13 occupants.

Detective Inspector Mark Thompson told reporters on Sunday that a deadly game of cat and mouse began in the northbound lanes of the M1 at Yatala.

He said the chase came to an end near the ‘Frosty Boy’ warehouse at Yatala and witnesses reported the men who got out of the white van appeared to be aged in their 20s.

Mr MacCallum believed it was a random attack, and said it followed the recent death of Mr Prime’s father Darren.

He said in the past 12 months Mr Prime had also been the victim of a stabbing.

‘Since then he has certainly shied away from any violence,’ he told the ABC. 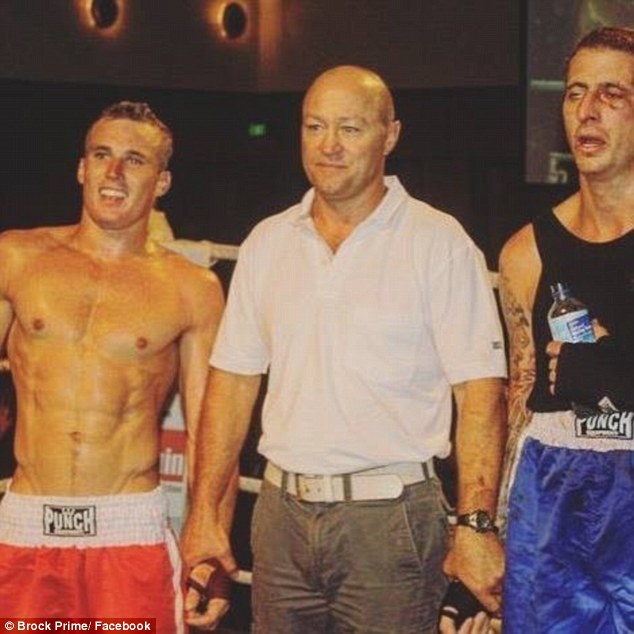 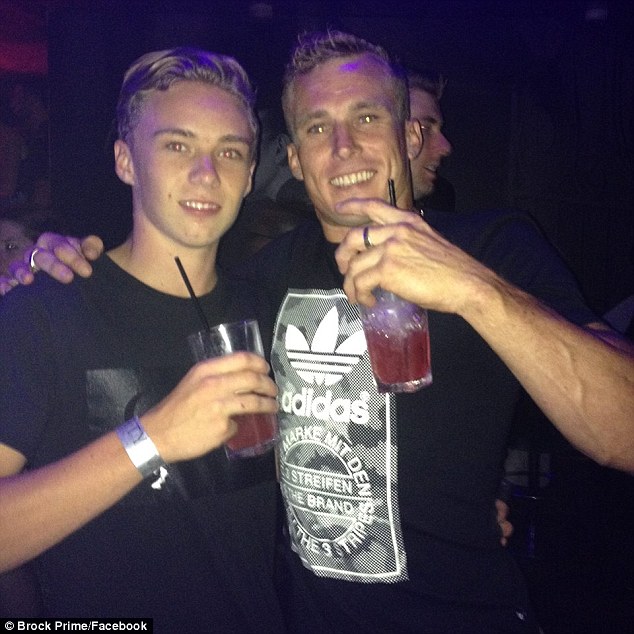 Brock’s family made a desperate plea for information from the public on Sunday.

‘Our family is asking that anybody that has any information about the incident comes forward to help us get some answers and justice for this cowardly act,’ they said.

‘What was done last night could have only been done by a psychopath and a gang of disgusting people.

‘Our boy was left for dead on the side of the road and is now fighting for his life and will be permanently injured as a result of this attack.’

Brock’s sister also made a teary appeal for information, saying the attack came at a terrible time for the family.

‘My family needs all the help we can get as my family passed away 5 weeks ago, and my brother Brock was working 10 hour days 6 days a week just to put a roof over our head and dinner on the table,’ she said.

‘So we’d really appreciate any information that we can get.’

Mr MacCallum described Brock as outgoing, adventurous and someone who loved to smile.

‘The family are very distressed as they tragically lost her father six weeks ago,’ Mr MacCallum told Daily Mail Australia.

‘It’s been a difficult time for everyone. Brock was working 60 hours a week to help support the household. He has two younger siblings going through university and had taken on the responsibility of supporting them.’

Family friends have set up an online crowd-funding page, which raised $11,285 within 21 hours.

‘The back of his skull was caved in and significant brain damage has been done. His femur has a compound fracture and needs massive surgery,’ the page states.

‘Donna (Brock’s mum) is currently out of work trying to deal with the loss of her life partner and father of her children and now will be facing extreme costs, medical bills and the general expenses of life.

‘Donna herself has refused to ask for help but this family needs and deserves all the support they can get and the gratitude can’t even be explained with words.’ 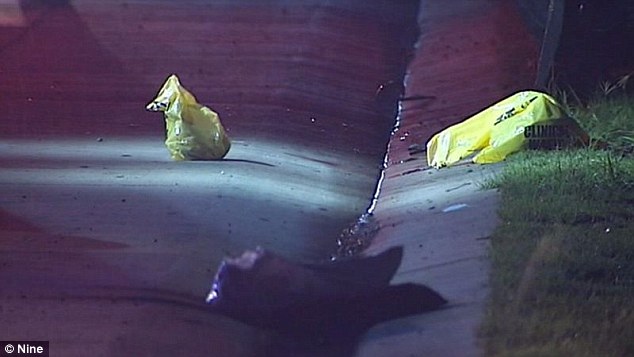 Family and friends took to social media on Sunday to appeal for help so police can track down his attackers.

‘Please share this around so we can find the cowards that did this to my brother,’ Jonty Prime posted on Facebook on Sunday.

Jonty told the Courier Mail:  ‘I’d like everyone to know his character as well as he is a very loving hard working man who gives up everything to take care of my sister, mum and I as my dad recently passed just last month, Brock has done his best to take up his role.’

Queensland Police spoke to Daily Mail Australia and have confirmed no new arrests have been made since Sunday but are investigating a number of leads.

Detectives have appealed to anyone who may have witnessed the incident or have dash cam footage taken in the vicinity of the M1 between Pimpama and Yatala between 9.30pm and 9.45pm to contact them.