Two men have been arrested and charged with the murder of a teenage girl from South Florida who was fatally shot while selling designer sneakers with her online entrepreneur boyfriend.

Miami-Dade police on Sunday apprehended Adrian Cosby and George Walton, both 19, in connection to Tuesday’s slaying of Andrea Camps Lacayo, 18, and the wounding of her boyfriend, Sergio Berben.

According to the Miami Herald, detectives say Camps, 18, and Berben had agreed on Instagram to sell Cosby and Walton three pairs of Adidas Yeezy sneakers for $935. Pairs of that shoe are selling for up to $500 online. 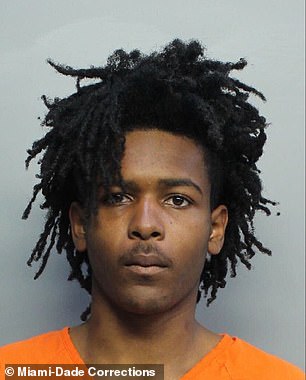 Adrian Cosby (left) and George Walton (right), both 19, have been charged with murdering 18-year-old Andrea Camps Lacayo in Miami during a botched shoe robbery 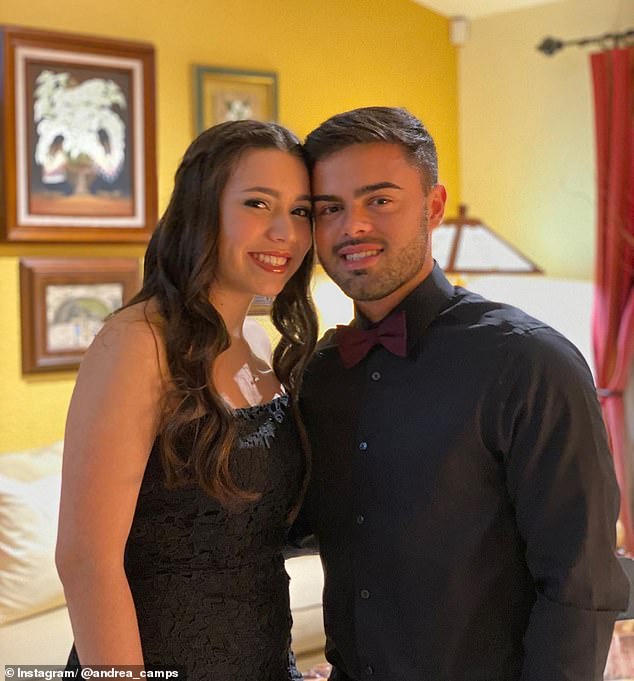 Caps Lacayo (left) was shot in the torso, while her boyfriend, Sergio Berben (right), was grazed in the arm last week

The deal was set for outside an abandoned house in the 12000 block of Southwest 271 stStreet. They were to sell three pairs of sneakers to 19-year-old George Walton for $935.

Police say as the couple sat in their car, Walton approached alone and asked to try on the shoes, but Berben demanded payment.

According to detectives, at that moment Cosby sneaked up on the couple sitting in Berben’s car and opened fire, striking Camps in the torso and grazing Berben.

The pair were rushed to Jackson South Medical Center, where Camps died in surgery. 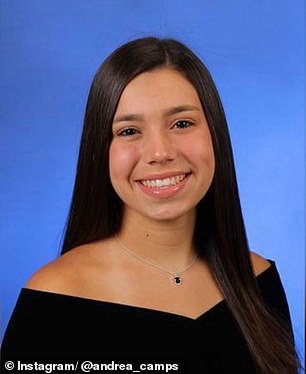 She was the captain of Terra Environmental Research Institute’s competitive dance team and was scheduled to graduate this year.

Police say they tracked down Cosby and Walton by going through the victims’ social media communications.

They say both confessed, with Walton telling detective his only intention was to steal the high-end athletic shoes after trying them on.

Berben, who survived after being shot in the arm, reportedly identified Cosby as the gunman.

Cosby and Walton are both charged with second-degree murder, robbery and attempted murder and are being held without bond.

Records indicate that Cosby was arrested in November 2017 on charges of grand theft auto, robbery and carrying a concealed weapon, which were all dismissed the next year. Walton had no history of arrests prior to Sunday.

Miami-Dade Schools Superintendent Alberto Carvalho said Camps Lacayo, who was known to her friends as ‘Miss Dimples,’ was a bright young woman who dreamed of studying nursing at Florida International University.

Her high school last week tweeted out a message paying tribute to the senior. 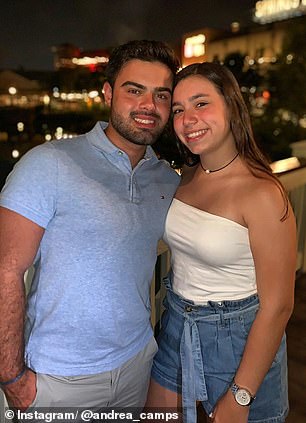 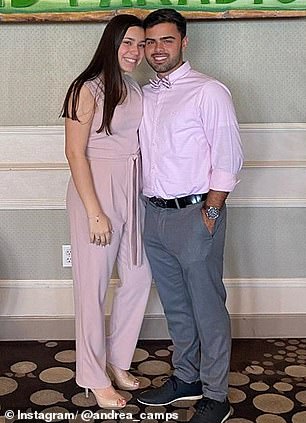 Berben, who is an online entrepreneur, had agreed to sell the suspects three pairs of Adidas Yeezy sneakers for $935. He and Camps Lacayo met with Walton and Cosby outside an abandoned home to complete the sale

‘The loss is immeasurable but so is the love left behind,’ the message read in part.

‘She would always light up the room,’ high school friend Vivyanna Fernandez told WSVN. ‘She was beautiful. She was so bright. She was so soulful and so encouraging, so helpful, so friendly.’

Andrea had just turned 18 years old on March 25. She is survived by her parents and two younger siblings.

‘We lost the sweetest, brightest, and one of the most beautiful young ladies in the world at the young age of 18,’ her father, Alex, wrote on Facebook. ‘Our eldest baby Andrea was torn from our arms. The hole in our heart will never be filled.’