Two men fight over gas at a 7-Eleven in Dallas, Texas

This is the shocking moment two men fight over gas at a 7-Eleven in Dallas, Texas, on Thursday.

In the video, the men can be seen having a heated argument over who gets to claim the fuel.

Immediately after one of the men steps out of his car he walks over to the gas pump and starts trying to grab the gas tank from the other man.

And instantly, the man holding the gas tank dumps it into the man’s car in a fit of rage.

The man takes off his shirt in what looks like a preparation for a fight but the man who poured the gas starts to walk away, trying to avoid anymore confrontation.

Two men fought over gas at a 7-Eleven in Dallas, Texas on Thursday

As he walks away, the woman filming shouts: ‘You’re scary a** going to run now.’

Dallas had the most expensive gasoline in the Lone Star State at an average $2.37 per gallon, sending drivers in a panic to fill up tanks while stations still carried fuel.

The city saw a flux of drivers rushing to the pumps, causing long lines, stations to run out of gas and some locations to withhold fuel due to the demand surge.

Experts forecast that the price will continue to rise another 5 cents, due to Texas shutting down several oil refineries because of massive flooding in the state. 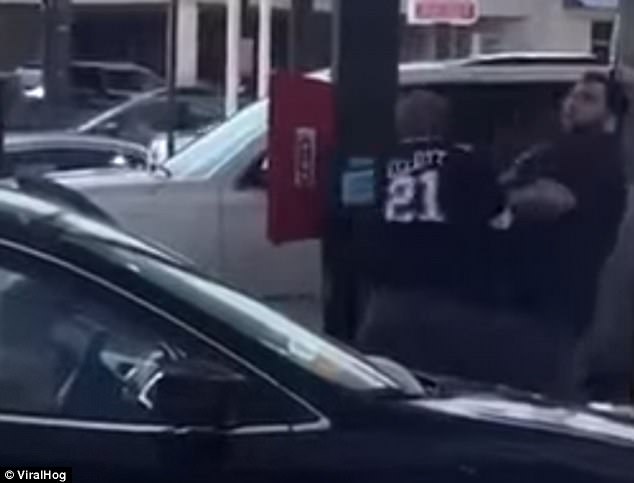 Immediately after one of the men got out his car, the fight for fuel began 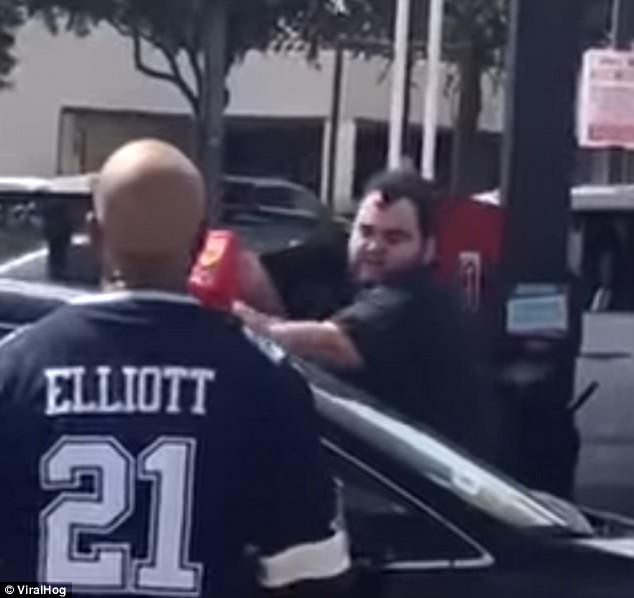