A two-month-old baby who was believed to have been Italy’s youngest COVID-19 patient has been released from hospital after overcoming the disease.

The baby was no longer running a temperature or fever and was released with her mother, who has recovered from a bout of pneumonia, reports said today.

The baby and mother were hospitalised in the southern city of Bari on March 18.

Italy has officially attributed 17,669 deaths to COVID-19, more than any other country.

A two-month-old baby who was believed to have been Italy’s youngest COVID-19 patient has been released from hospital after overcoming the disease. Pictured: a medical worker in Salerno

The government is now weighing how and when to ease social distancing measures that have helped see daily death tolls slowly come down from a high of 969 last month.

There were another 542 fatalities recorded, compared with 604 the day before and 636 deaths on Monday. 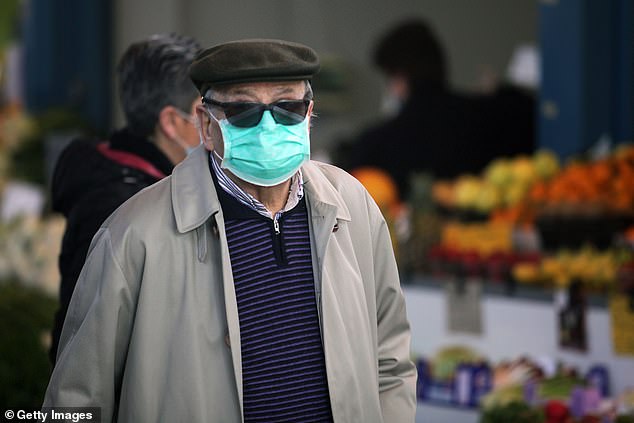 Italy has officially attributed 17,669 deaths to COVID-19, more than any other country. Pictured: a man wears a face mask in Bari 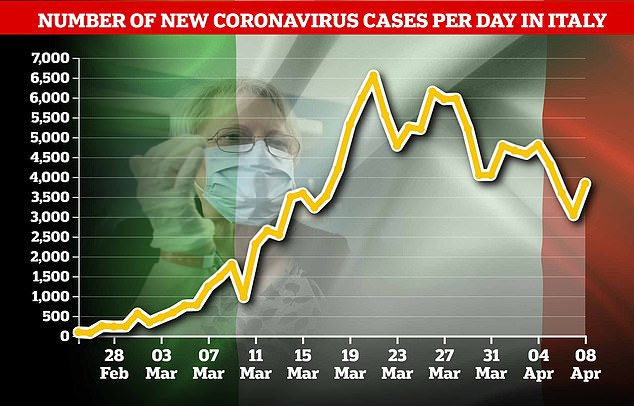 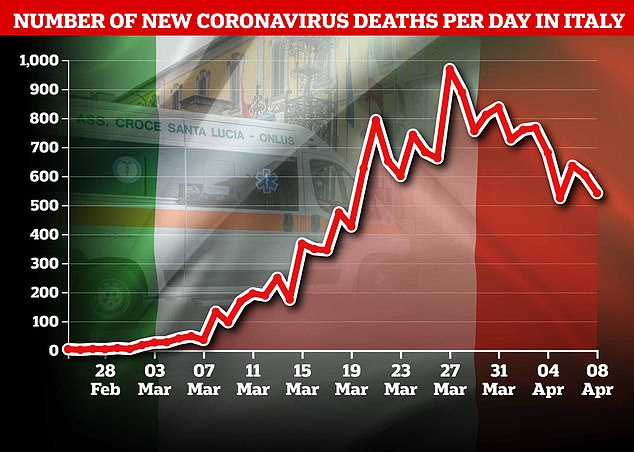 There were 3039 new case on Tuesday, so yesterday’s figure marked an increase of more than 800, however it is worth noting that Italy tested more people yesterday.

There were 3,693 people in intensive care on Wednesday against 3,792 on Tuesday – a fifth consecutive daily decline, further underscoring hopes that the illness is on the retreat after a nationwide lockdown was imposed on March 9.

The pressures on hospital ICUs in Italy and Spain may have eased in recent days as new virus cases decline. But the emotional and psychological toll the pandemic has taken on the doctors and nurses working there is only now beginning to emerge.

Already, two nurses in Italy have killed themselves, and psychologists have mobilized therapists and online platforms to provide free consultation for medical personnel.

Individual hospitals hold small group therapy sessions to help staff cope with the trauma of seeing so much death among patients who are utterly alone.