Two men have been charged after a bizarre dispute escalated into shots being allegedly fired and a tractor being driven towards a home.

Police said two men known to each other were involved in an argument over a ‘domestic issue’ on a rural property near Grafton in northern New South Wales on Tuesday night.

Officers alleged a man, 43  attended a home on Smith Creek Road, Smith Creek, where he allegedly verbally abused a female resident before another man, 67, attended.

The younger man left but returned a short time later allegedly driving a tractor towards the home.

‘The female resident called the 67-year-old man to return to the property and a short time later he arrived allegedly armed with a rifle,’ a police statement read.

‘Police will allege the younger man rammed the 67-year-old’s vehicle before the older man discharged a number of shots from a rifle.’

The two men argued further before the younger man left the scene. 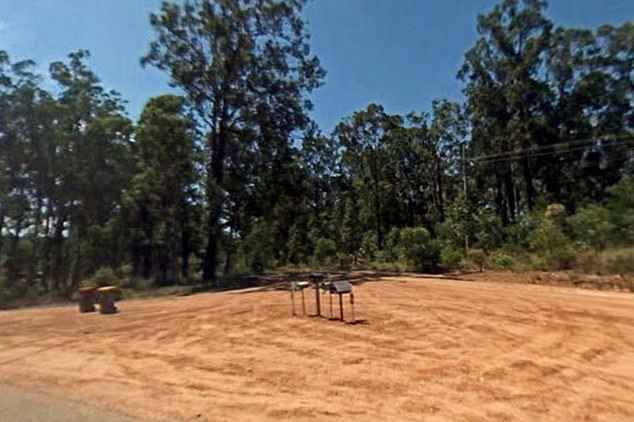 The alleged incident happened on a property on Smith Creek Road, Smith Creek near Grafton

He was arrested nearby and underwent a breath analysis which allegedly returned a positive result.

He was charged with two counts of using offensive weapon with intent to commit indictable offence and one count of mid-range drink driving.

The other man, 67 attended Copmanhurst Police Station later that night, where he was arrested and taken to Grafton Police Station.

He was charged with firing firearm in a manner likely to injure persons/property.

Both men were refused bail and were due to appear in Grafton Local Court on Wednesday.