Two people charged in connection with beating up four people

Two people have been arrested and charged in connection beating up four people, including a child at a gas station in Florida.

The shocking attack happened in the parking lot of a Circle K gas station in Silver Springs on Saturday night.

Investigators said one attacker pulled an 11-year-old girl out of a pick-up truck and hit her in the face before she fell to the ground.

According to Marion County sheriff’s office, the victims said they did not know the two attackers or what prompted the bizarre attack. 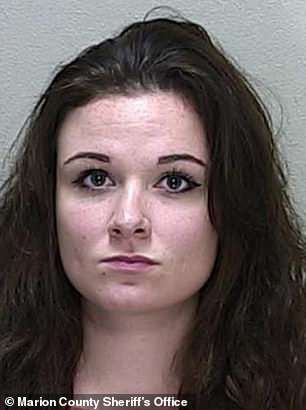 Marion County Sheriff shared a video of the incident on Facebook and subsequently arrested and charged two people.

Brandon Clanton, 18, was taken into custody at 12am in the 15800 block of East State Road 40 by deputies Ian Burt and Joseph Spratlin.

The deputies tussled with Clanton during the arrest. He was also charged with battery and simple assault on a law enforcement official.

She was charged with battery and aggravated child abuse.

The four victims, aged 55, 48, 47 and 11, told the deputies they were assaulted by a man and woman while in the parking lot.

One of the female victims was identified as Tersa Elghali, who was the mother of the young girl.

The girl, whose face was bruised, said she was attacked and hit by the woman.

Two more – both women – said the female suspect hit them in the face.

The 47-year-old man said he was punched in the face by a male suspect.

Surveillance video from the store showed the females were attacked by another woman while they were sitting in a vehicle. 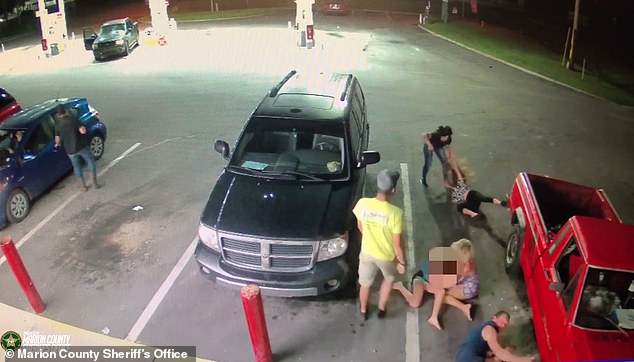 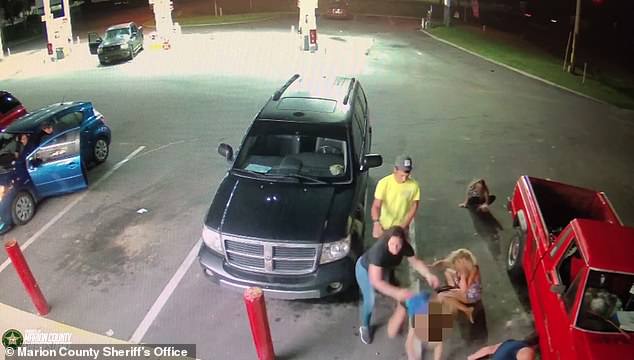 Napiontek (left) can be seen going after an unidentified  individual while another woman holds her head in the background. A child, 11, can be seen in the far distance 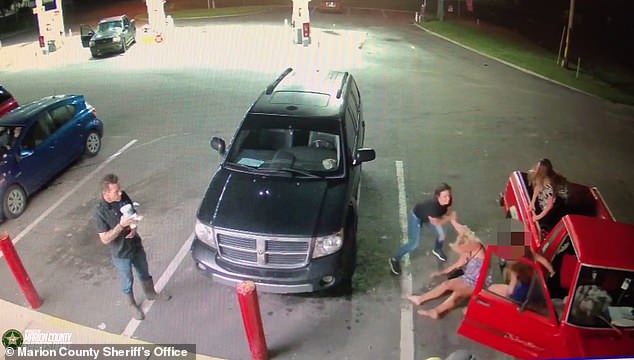 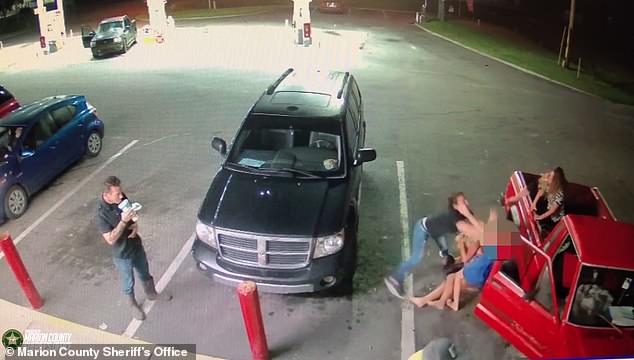 The 11-year-old girl was removed from the vehicle and hit in the face.

Elghali’s boyfriend, Jason Ellis, said he could see all the commotion from inside the gas station.

Ellis told WKMG: ‘(The) next thing I know, I’m turned around and I’m walking back toward the truck and I’m getting attacked.

‘When I saw an 11-year-old girl getting attacked, I don’t know what to do,’ Ellis said.

The little girl is seen frantically running through the parking lot while the suspects get in their car and leave the scene.

‘I grabbed her and hid behind a gas tank, yelling at people to call the police,’ Elghali said.

Deputies were later able to identify the man as Clanton and the woman as Napiontek.

When deputies went to Clanton’s residence to speak to him, he ran from them, according to the arrest report.

When the deputies apprehended him, he rushed them.

Napiontek told officials she was arguing with one of the victims in the vehicle, who attacked her with a pocket knife.

Clanton was arrested by sheriff’s deputies earlier this month and accused of punching a 17-year-old at a convenience store.

Court records show a written plea of not guilty was entered on Wednesday. Clanton is being represented by the Public Defender’s Office.