A man and woman have been charged two days after a much-loved hospitality worker was allegedly stabbed to death with a hunting knife.

Heartfelt tributes continue to pour in for Kayla Golding, 29, who was found in a pool of blood on the footpath after she was allegedly stabbed in the neck shortly before 7.30pm on Friday night.

She was rushed to hospital but died a short time later after the alleged attack outside her Townsville housing complex in Far North Queensland.

A 39-year-old man surrendered himself to police on Sunday afternoon.

Detectives later conducted a search of a West End property where a Condon woman, 29, was arrested and has since been charged with murder.

The 39-year-old Townsville man was charged with accessory after the fact to murder.

Both were denied bail to appear in Townsville Magistrates Court on Monday, with police alleging the pair were known to Ms Golding.

Police confirmed late Sunday investigations are ongoing as the search for ‘three to four’ more suspects allegedly involved in the fatal stabbing continues.

Meanwhile, distressed friends and family have flooded social media with tributes to Ms Golding, who graduated from Pimlico State High School in 2008 and worked in the hospitality industry, according to her LinkedIn bio.

Friends have also rallied around her heartbroken mum Michelle, who has changed her profile photo to one of her enjoying a drink with her daughter. 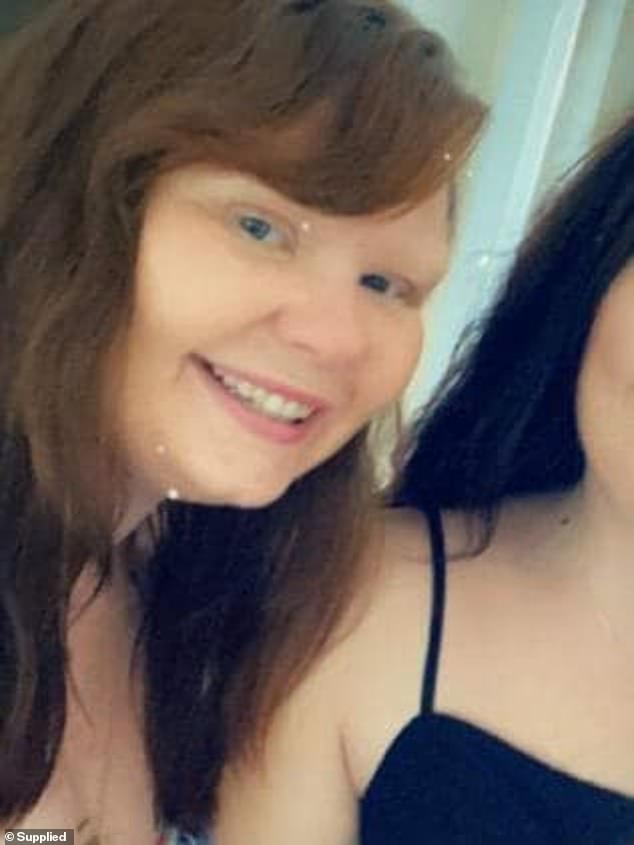 Kayla Golding, 29, (pictured) was found in a pool of blood on the footpath outside her Townsville home in Far North Queensland around 7.20pm on Friday night, police say

‘You and your family in our thoughts and prayers my friend, our hearts are heavy with sorrow for your loss,’ one person commented.

Other friends have started a shrine of handwritten notes and bouquets of flowers in memory of Ms Golding outside her unit block.

‘You will forever be missed. You had a such a kind heart,’ one note read.

Meanwhile, the outpouring of social media tributes continues to grow.

‘It hurts so much knowing you’re gone, I remember all the times we spent time together like it was yesterday,’ one of her friends wrote.

‘I am so devastated to find out such an amazing person has been taken so soon.

‘You always brought out the crazy in me, fly high you beautiful angel, you will be forever missed.’

‘You were always so beautiful, your cheeky mouth and smile will be something I never forget,’ they wrote. 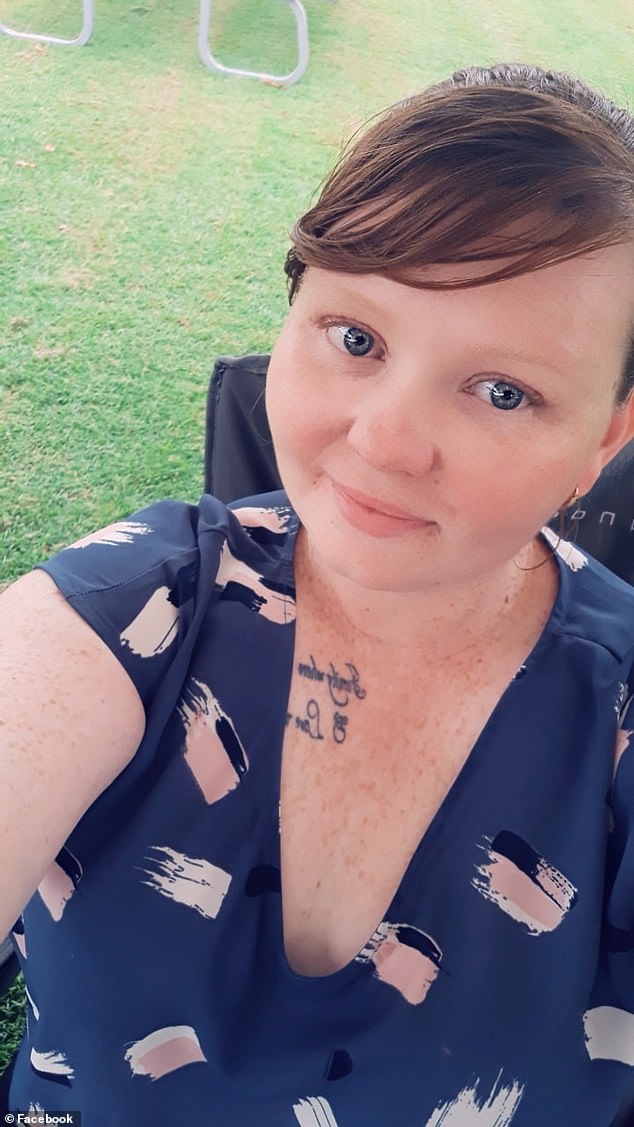 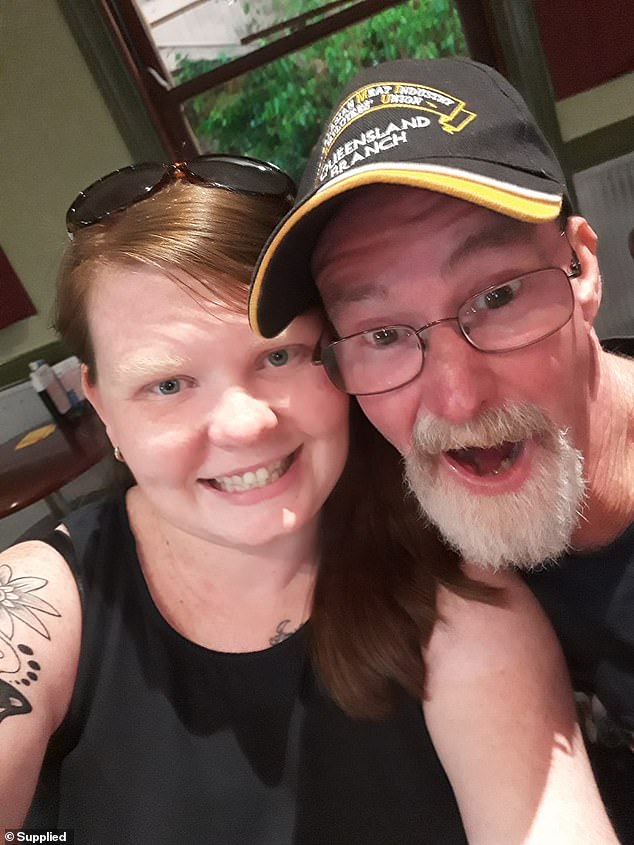 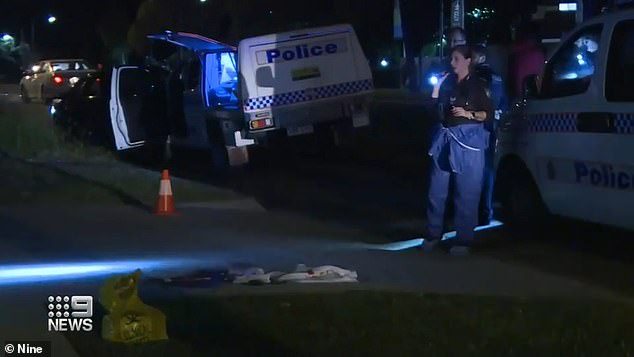 Police were called to a housing commission complex, where Ms Golding was allegedly found lying on the footpath in a pool of blood. Pictured are police at the scene on Friday night

‘Our random pub crawls late at night will be something I always cherish. Thank you for being a beautiful friend, you will always be loved and missed.’

Another woman who said she had known Ms Golding for over a decade described their friendship as ‘one of a kind’.

‘It was a pleasure knowing you all these years, from turning 18 and running amuck in town to late night drives blasting the music, drawing and colouring in all night, to finding little letters from you in my books.

‘When I needed someone you were there, thank you for looking after my dog Storm when I had nowhere for her.’

Officers attended a unit block on Riverway Drive in the suburb of Condon after being called to the scene by neighbours.

According to Detective Acting Inspector Jason Shepherd Ms Golding had lost ‘a lot of blood on the floor’.

‘The neighbours have heard a noise, they’ve looked out and they’ve seen the lady laying on the footpath,’ he told reporters on Saturday. 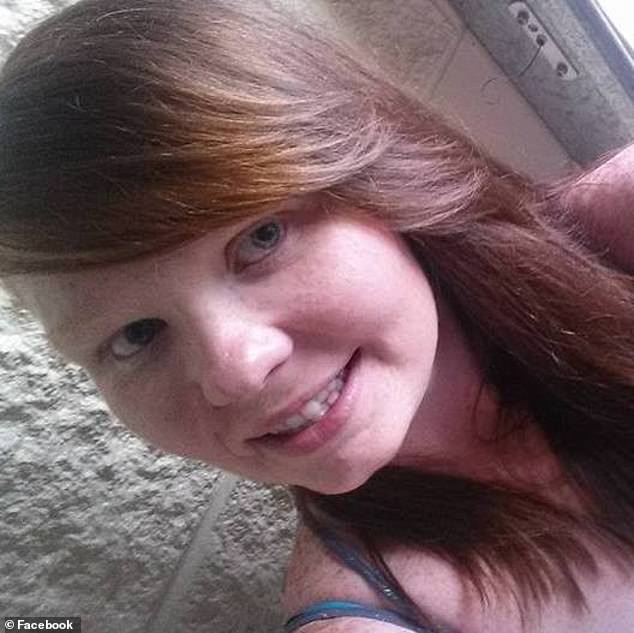 Distressed friends and family have flooded social media with tributes to Ms Golding (pictured), who graduated from Pimlico State High School in 2008 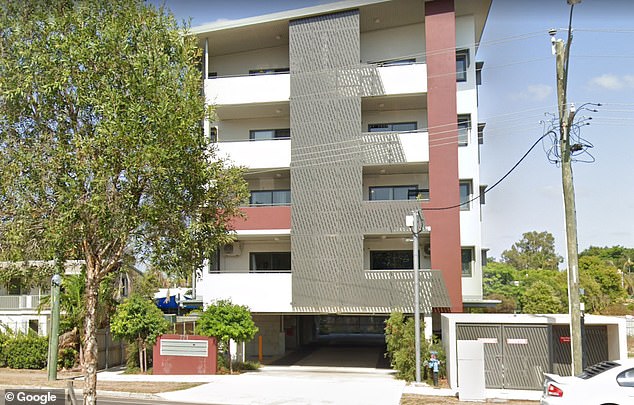 Police launched a murder investigation after Kayla Golding, 29, was found on the footpath outside her Townsville home (pictured) in Far North Queensland around 7.20pm on Friday 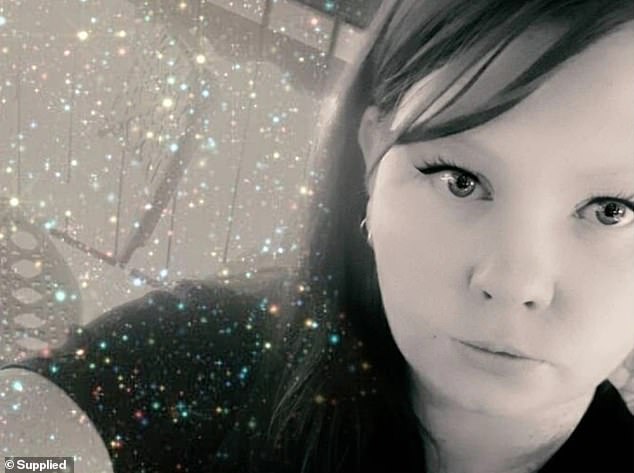 ‘It would appear that the initial injury has occurred (inside) and that the lady has walked outside onto the footpath where she collapsed.

Inspector Shepherd has ruled out the possibility of domestic or family violence given the woman wasn’t in a relationship.

‘There is still a large number of possibilities that could have occurred, but it’s not an incident where we think other members of the community should be concerned for their safety,’ Inspector Shepherd said. 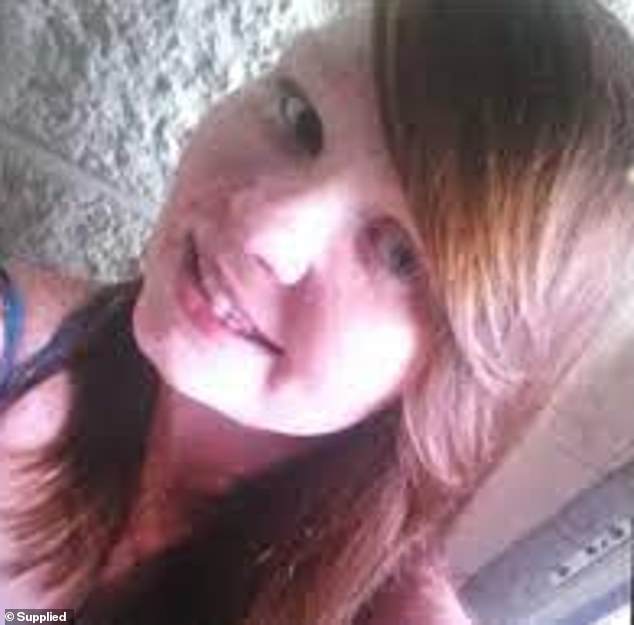 Police confirmed they had recovered a large hunting knife they allegee was used in the attack.

‘Our condolences are with the woman’s family and friends,’ he said.

‘The police will do their job, they will catch the offenders and obviously bring them before the court.’

Anyone with information or who has CCTV or dashcam footage from in or around the area is urged to contact police.