Two pilots are killed in mid-air collision while trying to fight Nevada wildfire that has torched 14,000 acres of land in just 48 hours

Two pilots have died after their planes collided in mid-air as they tried to fight a wildfire burning in Nevada.

Authorities say the mid-air collision occurred just before 1pm on Thursday, about 17 miles from the town of Caliente and 150 miles north of Las Vegas.

The crash involved two Single Engine Air Tankers (SEATs) which were working to help contain the Bishop Fire, which has scorched more than 14,000 acres of land in just two days.

Both pilots – who have not yet been publicly named – were alone in their aircraft at the time. No one was injured on the ground.

The Federal Aviation Administration confirmed the crash late Thursday, and said an investigation was underway.

The small planes – which can drop 800 gallons of fire retardant from the air – were both contracted by the Department of the Interior. 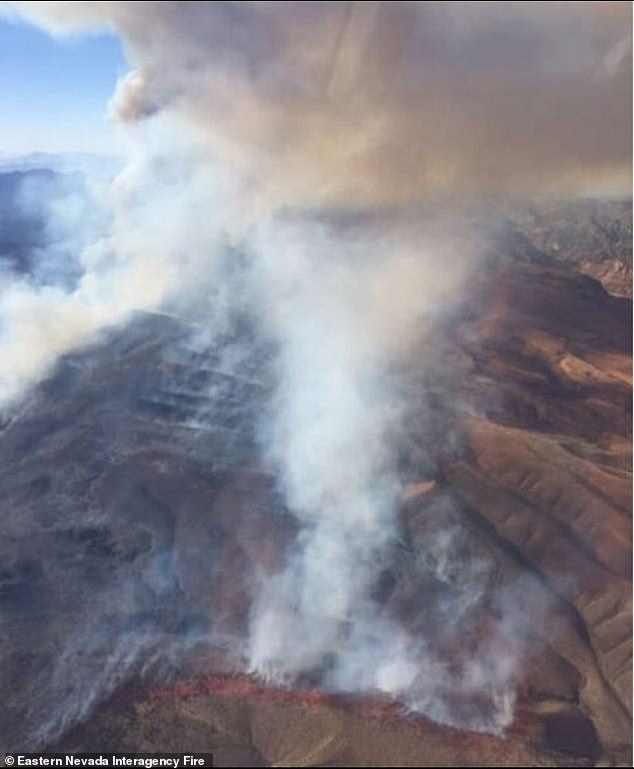 According to News 3 Las Vegas, ‘records showed the aircraft were based out of Cedar City, Utah and had previously been used to fight several fires in Southern Utah.’

The Nevada Bureau of Land Management released a statement expressing their condolences to the victim’s families.

Meanwhile, more than 250 firefighters are on the ground working to contain the Bishop Fire.

They are currently being challenged by record breaking heat and low humidity.

Officials are hopeful the fire can be contained by next Thursday, and they are currently working to keep the blaze out of nearby Rainbow Canyon.

The cause of the fire is not yet known. 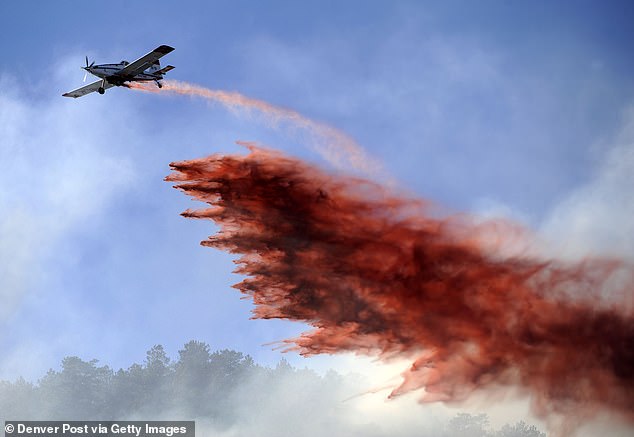 The pilots were both flying Single Engine Air Tankers similar to the one pictured here. The small planes are commonly used to fight wildfires as they are able to operate in areas that larger tankers cannot. They are able to drop 800 gallons of fire retardant from the air