Two San Diego police detectives who were married to each other were among three people killed on Friday after their car was struck by a driver going the wrong way on an interstate highway, authorities said.

The officers were in a blue city-owned Ford Fusion sedan at around 10:25am on Friday when they were hit by a white Honda Civic going at a high rate of speed in the wrong way down Interstate 5.

The female driver of the Civic, who has yet to be identified, was also killed after her car slammed into the officers’ sedan and burst into flames, NBC 7 TV reported.

Detective Ryan Park, 32, and his wife, Detective Jamie Huntley-Park, 33, of the San Diego Police Department were among three people killed on Friday morning in a fiery head-on collision between two cars 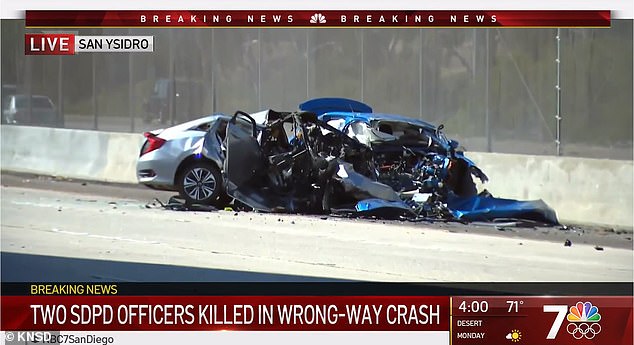 The officers were in a blue city-owned Ford Fusion sedan at around 10:25am on Friday when they were hit by a white Honda Civic going at a high rate of speed in the wrong way down Interstate 5 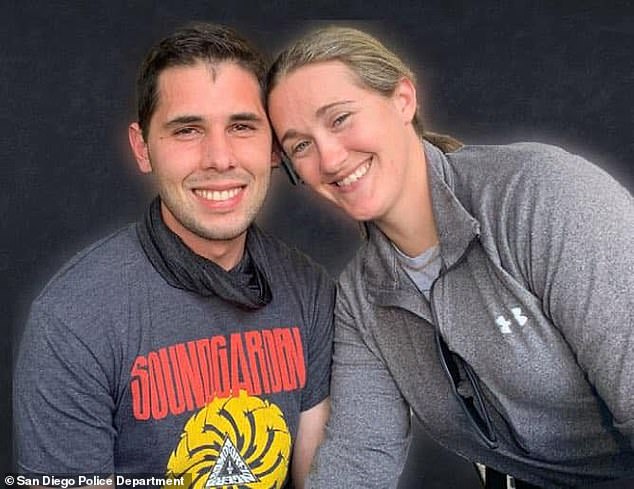 Park (left) was a homicide detective, and Huntley-Park (right) was assigned to the Southern Division 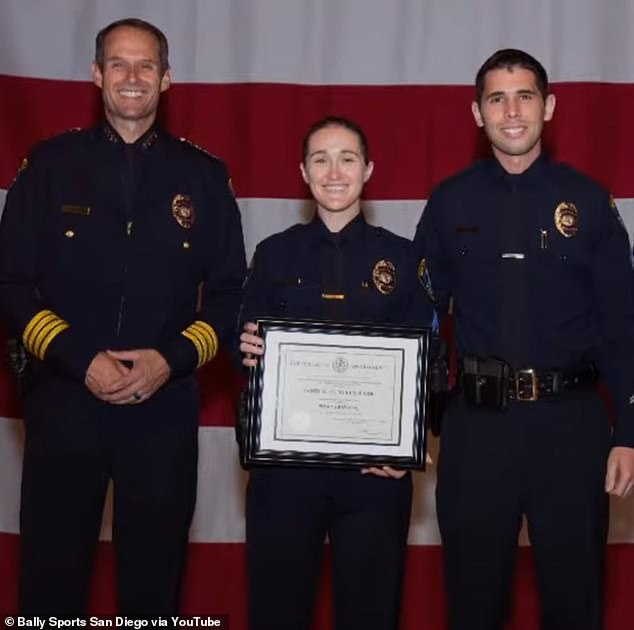 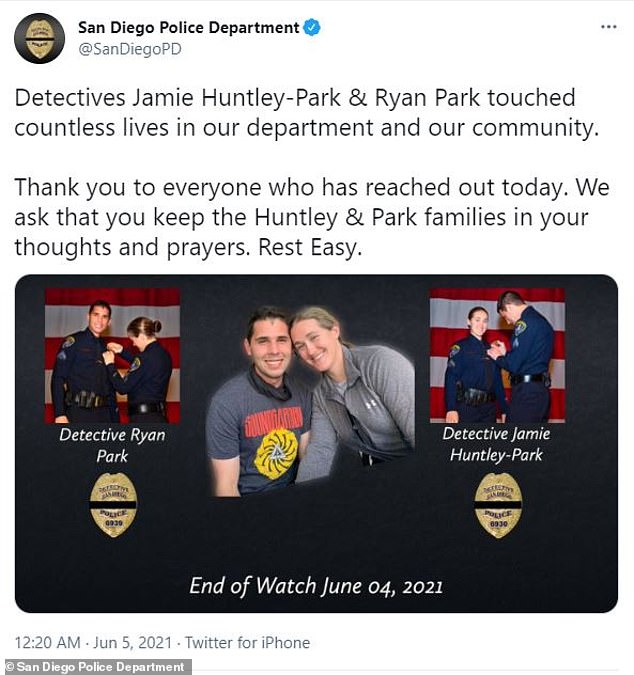 The SDPD paid tribute to the couple, saying they ‘touched countless lives in our department and our community’

The officers were identified as a married couple, Detective Ryan Park, 32, and his wife, Detective Jamie Huntley-Park, 33.

Park was a homicide detective, and Huntley-Park was assigned to the Southern Division.

They had the day off, but Ryan was on call, Police Chief David Nisleit said at a news conference Friday evening.

‘Nothing but their lives ahead of them. Their lives and careers were both on a rapid trend upward.’

The two met at the police academy, married in 2016 and were both promoted to detective on the same day nearly three years ago, the chief said. 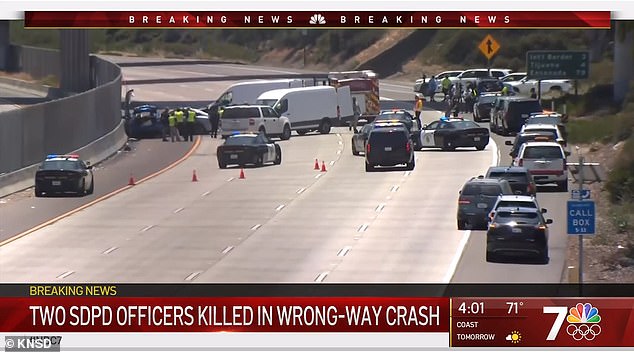 The crash forced authorities to block a large section of the highway near the US-Mexico border south of downtown San Diego, 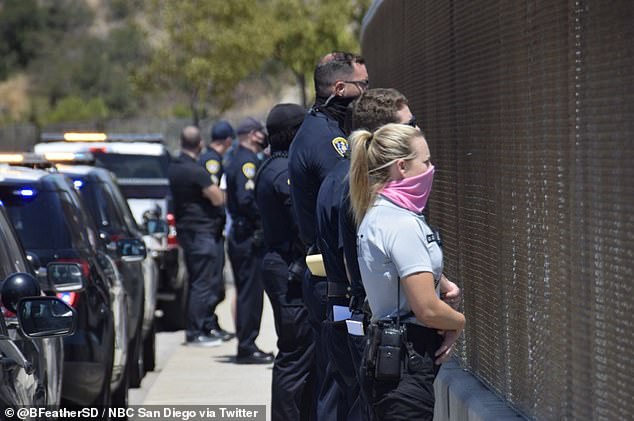 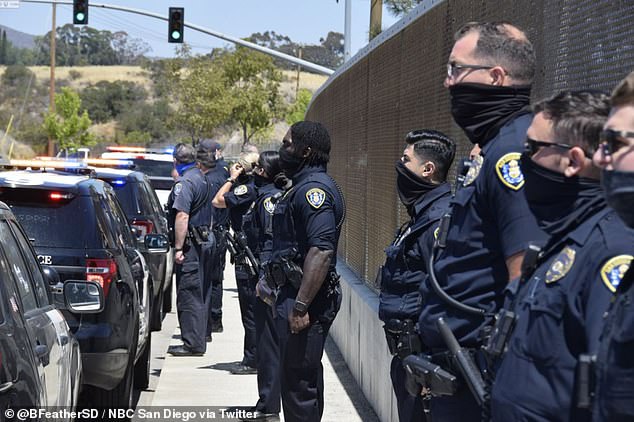 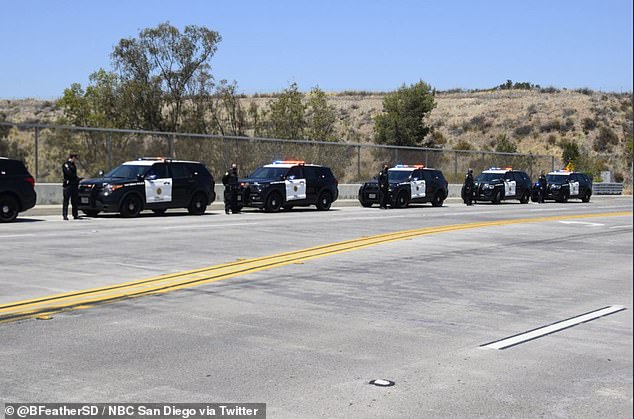 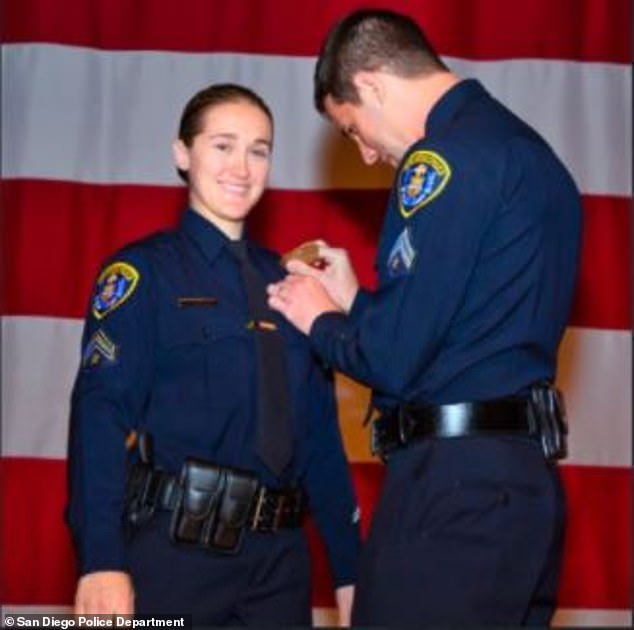 In this undated file photo, Ryan Park is seen pinning a badge to his wife’s uniform. The couple was both promoted to detective on the same day three years ago 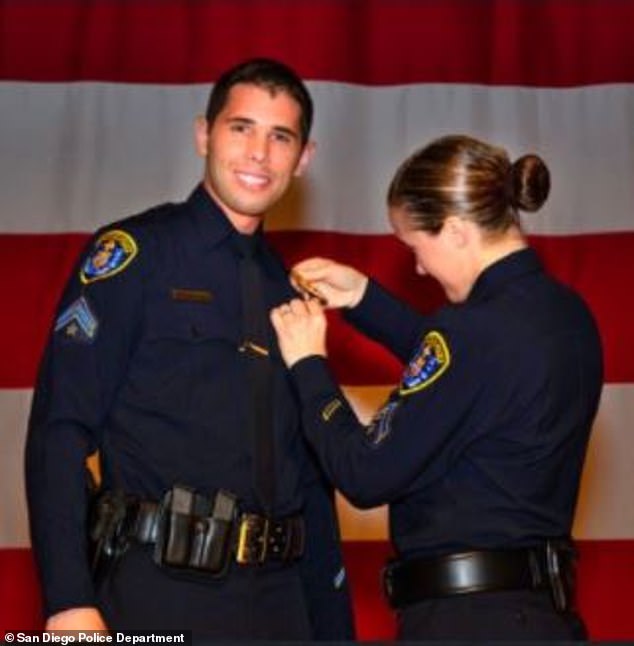 ‘Both were beloved, dedicated, and decorated public servants,’ he said in a statement.

Police were still investigating what happened and whether drugs or alcohol were a factor.

A few hours after the crash, a procession of more than a dozen motorcycle officers led a coroner’s van away from the site.

Jamie, a native of San Diego, was a hockey coach for the amateur team the San Diego Jr Gulls.

‘As a kid your mentors are your parents, your coaches, or your teachers,’ she said in a 2019 interview with Bally Sports San Diego that was posted on YouTube.

‘As a coach, you want to be that mentor to that child in the sports field.’

She added: ‘That’s what I want to be for kids as they grow up.’

Jamie said in the interview that she took up hockey because her competitive nature kicked in when she saw how her sister became a figure skater at a young age.

‘If she can skate on the ice, I could,’ Jamie said.

Jamie played roller hockey and ice hockey growing up. During her collegiate years at Elmira College in Upstate New York, she played for the women’s ice hockey team.

Her career highlight came in 2018, when she refereed the women’s ice hockey competition at the 2018 Olympic Winter Games in Seoul.

After completing her studies at Elmira with a degree in criminal justice, she embarked on a career in law enforcement. 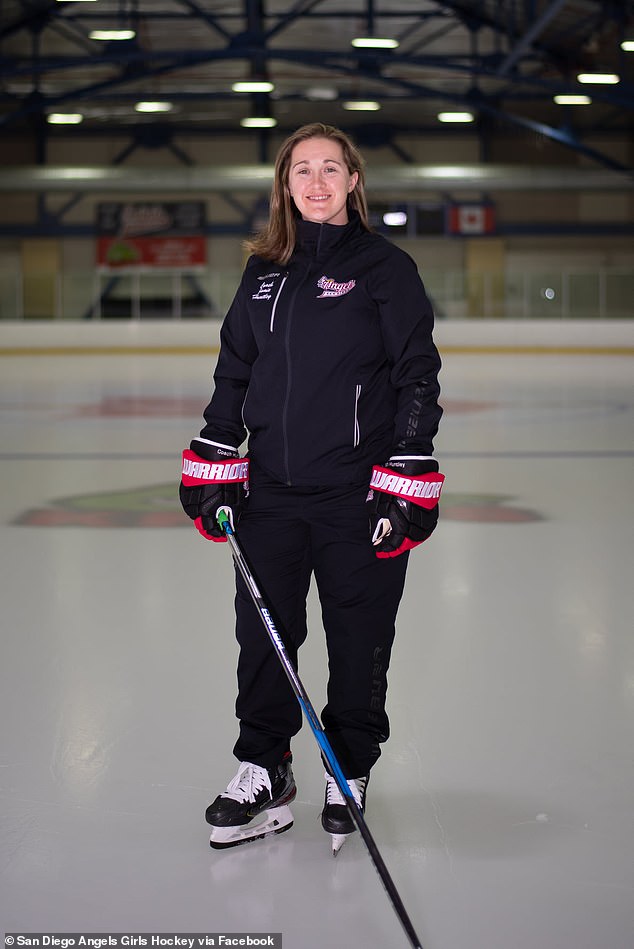 She also was a referee at international women’s hockey competitions, including the World Championships and the 2018 Winter Olympics in Seoul (seen second from left)

San Diego Mayor Todd Gloria said in a statement: ‘In the coming days, we will learn more about these public servants who proudly donned the badge to keep all of us safe and we will honor them for their service.

‘I ask San Diegans to keep the officers and their families in your prayers.’

Later on Friday, Gloria told reporters: ‘Jamie and Ryan were two of our best. We lost them today, and that breaks our hearts.’

The Reverend Shane Harris, president of the People’s Association of Justice Advocates, and Bishop Cornelius Bowster, the pastor of Charity Apostolic Church of San Diego, lit candles and laid a wreath at San Diego Police headquarters in downtown.

The two men have often criticized the SDPD for its treatment of minorities.

‘We hold them accountable…but it’s not because we see them as the enemy,’ Bowser said.

‘They are part of our community and we love them. And they’re humans, but also many of them are our friends.’