Two Labour activists in the 70s had to be taken to hospital after being attacked while out campaigning in separate assaults over the weekend.

The first incident saw a female Labour activist suffer suspected cracked ribs after being pushed over and called a ‘Marxist’ when she was attacked while canvassing for the party on Saturday.

In a separate attack on Sunday a 72-year-old Labour campaigner was injured while going house-to-house in Rotherham.

The man, who was said to use a walking stick, was initially taken to hospital with a suspected broken jaw, according to police.

During Saturday morning’s incident, a group of Labour campaigners suffered ‘unacceptable and unprovoked attacks’ while delivering leaflets for the party in Bromyard, Herefordshire, the party said. 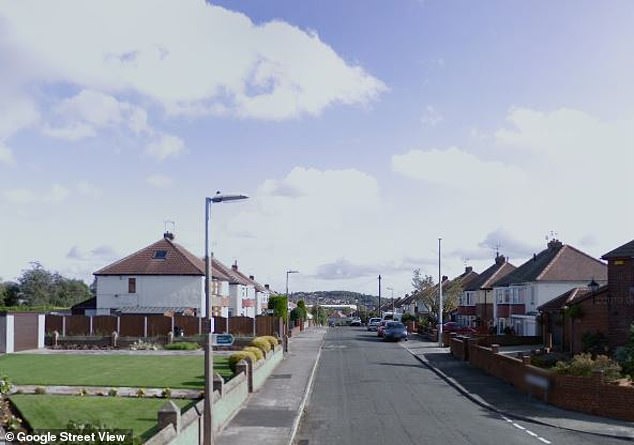 Parkstone Cresent in the village of Hellaby, Rotherham, where the 72-year-old Labour campaigner was injured while going house-to-house on Sunday

Others were shouted at and told to ‘get out of the f****** county’ as they were out campaigning in the town centre.

One woman, believed to be in her 70s, needed medical attention after she was attacked by a stranger in the street.

The attack the following day saw a 72-year-old man campaigning for Labour’s candidate in Rother Valley, Sophie Wilson, at around 4pm when he was set upon.

She described the attack as ‘a completely unacceptable and vicious act’.

A 51-year-old man has been arrested on suspicion of causing grievous bodily harm and is being held in police custody, South Yorkshire Police said.

Writing on Facebook, she said: ‘I am sad to report that one of our members, Bob, was assaulted whilst out campaigning.

‘This was a completely unacceptable and vicious act which has been reported to the police. I have visited him in A&E and although hurt, he is doing well and is in good spirits. 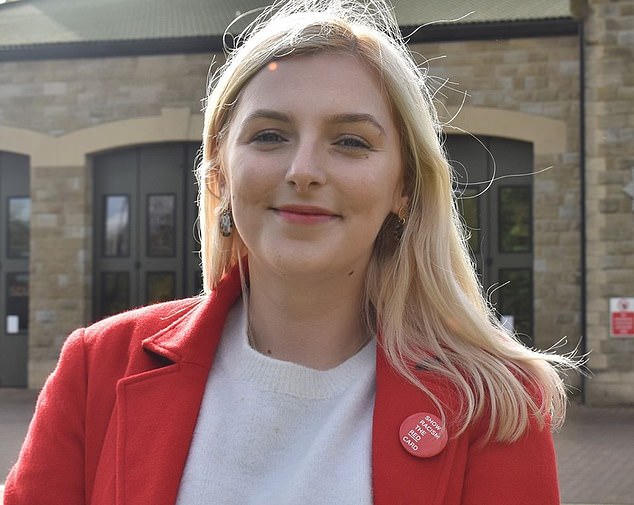 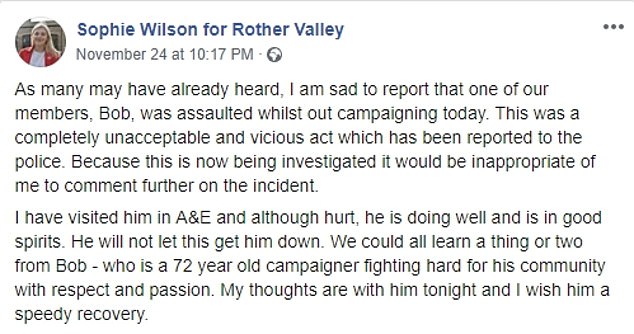 He will not let this get him down. We could all learn a thing or two from Bob – who is a 72-year-old campaigner fighting hard for his community with respect and passion. My thoughts are with him tonight and I wish him a speedy recovery.’

Are you aware of any incidents on the campaign trail?

In a post on Facebook on the incident in North Herefordshire, the constituency Labour Party (CLP) said the attacker ‘started to deface the party banner writing obscenities and then starting ranting and swearing, using foul and abusive language saying the Labour Party were Marxists and yelling at colleagues to get out of here f***** county’.

The post continues: ‘Not rising to the bait she was politely told her that everyone there was also from Herefordshire and had a right to be there.

‘Then a few minutes later, it transpired that one of the older members of the team further down the street had been pushed over flat into the road. It later became clear that this was the same woman who had defaced the banner earlier.

‘First responders attended immediately and called for medical assistance and an ambulance.’ 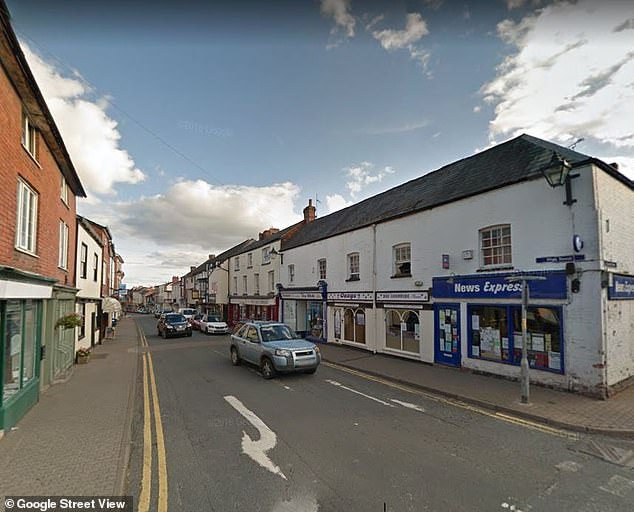 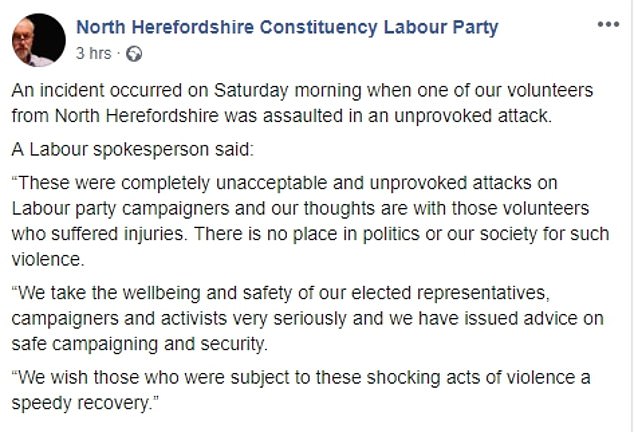 They said the woman was ‘badly shaken and may have cracked ribs’.

In a statement the CLP confirmed that one of its volunteers ‘was injured in an unprovoked altercation with a member of the public on Saturday’, adding: ‘The attack resulted in a female volunteer receiving ambulance attention. The police were also in attendance.’

A spokesman for Labour’s campaign head office said: ‘These were completely unacceptable and unprovoked attacks on Labour Party campaigners and our thoughts are with those volunteers who suffered injuries. There is no place in politics or our society for such violence.

‘We take the wellbeing and safety of our elected representatives, campaigners and activists very seriously and we have issued advice on safe campaigning and security.

‘We wish those who were subject to these shocking acts of violence a speedy recovery.’

West Mercia Police, told the Hereford Times that officers were called and spoke to the victim, who said she ‘did not wish for charges to be brought’.