This is the adorable moment a two-year old who is paralysed from the waist down performs wheelchair tricks – to the delight of her doting dad.

Alice Dallaway has spina bifida and hydrocephalus (fluid on the brain) and has been in a wheelchair since she was eleven months old.

Her older brother Oliver, seven, loves YouTube and he often pretends to be filming and making videos with his little sister.

One day the pair’s parents decided to film her doing wheelies and cool tricks.

Her father, Simon, said: ‘She was so cute I decided to actually film her and put it on YouTube to show parents that may have just got a spina bifida diagnosis – or new parents – that yes you will face challenges and scary moments but even if your child can’t do things like a normal child they will do it their way.’

Alice’s mother, Rebecca, told MailOnline that she’s had this wheelchair since she was 18 months old and loves being filmed in it.

The two-year-old, who also has a five-year-old brother Harrison, learned the trick after watching Peppa Pig.

In the children’s cartoon, Peppa jumps over puddles, which Alice wanted to learn to do.

‘As she’s paralysed, she can’t walk and jump,’ Rebecca said. 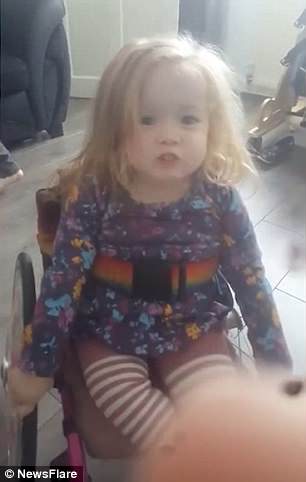 Look at my tricks! Little Alice performs wheelies and jumps on her wheelchair

‘But that’s no reason why she can’t wheel jump,’ she added. ‘I want her to be able to do all things like a normal kid.

‘About a month ago she started doing tricks, circling back and forth. She looks so cute doing it we filmed it, and put it on YouTube because it was so lovely.’

Her mother added that Alice was ‘completely self-taught’. She got her first wheelchair just before her first birthday in June 2016. 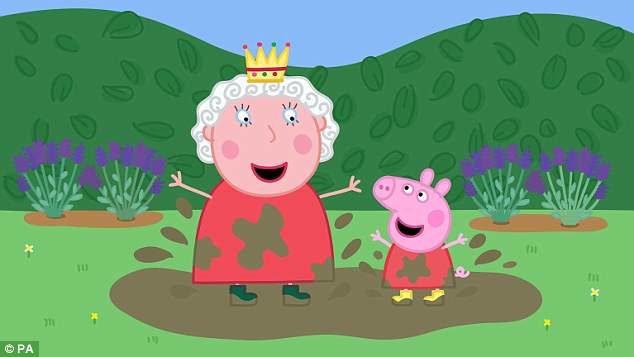 Her parents said they had to raise funds to have her current wheelchair imported from the US because it isn’t available on the NHS for a child that young.

In the clip filmed at the family’s home in West Bromwich, Simon says: ‘This is Alice, she’s nearly three years old.

‘As you can see she’s in a wheelchair, but she can do lots of tricks in this wheelchair. Ready?!’

As he speaks you can see the little girl rocking back and forth in the chair excitedly. 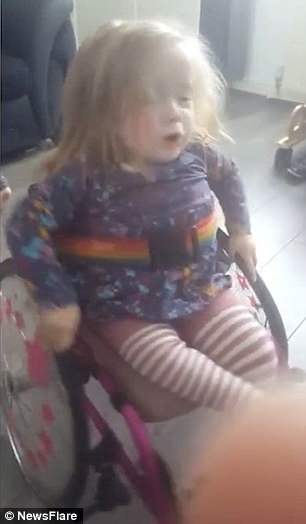 ‘Do you wanna show them how you jump?’: Alice shows her dad – and all of YouTube – her tricks

Alice then tips the wheelchair onto its back wheels and the front wheel goes up in the air.

Simon whoops and cheers and adds: ‘Are you going to show them how you spin round and round?’

Alice spins on the spot as her dad tells her: ‘That’s it!’

She then spins backwards before adorably signing off: ‘Bye YouTube!’ 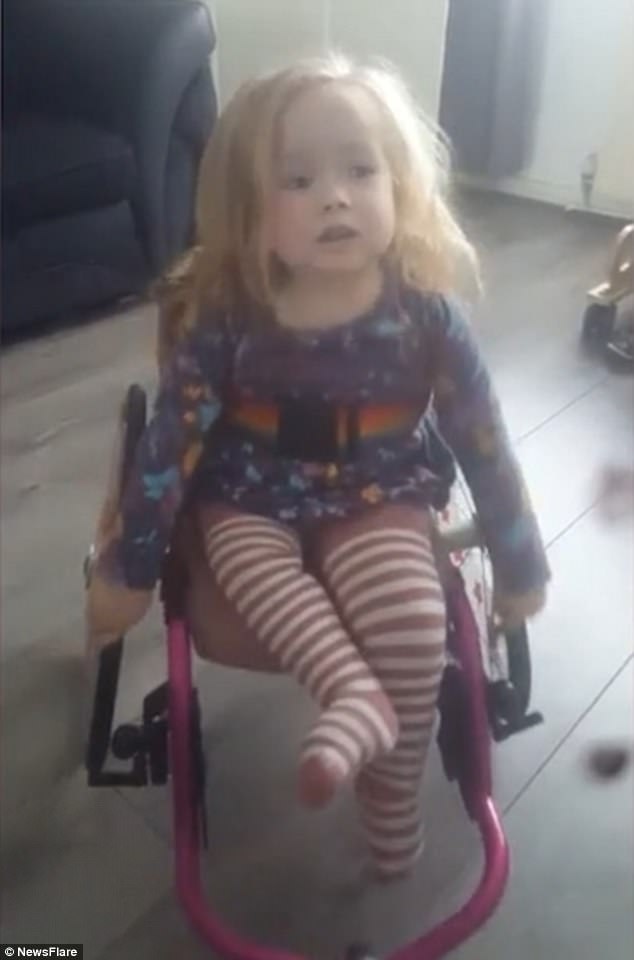 Alice is completely self-taught, and learned the tricks to be like Peppa Pig

Every year around 365 pregnant women in England and Wales are told they are carrying a baby with the condition.

Most cases are detected at the 20-week scan.

The most common and most serious form of the disease, called myelomeningocele, affects about one in 2,000 UK babies.

In myelomeningocele the spinal column remains open along the bones making up the spine.