The boys, in their blazers and ties, chopped used the blades to chop down bushes and stab picnic tables, fences and chairs.

They were filmed in broad daylight in a park by the River Bulbourne in Hemel Hempstead, Hertfordshire, on April 4. 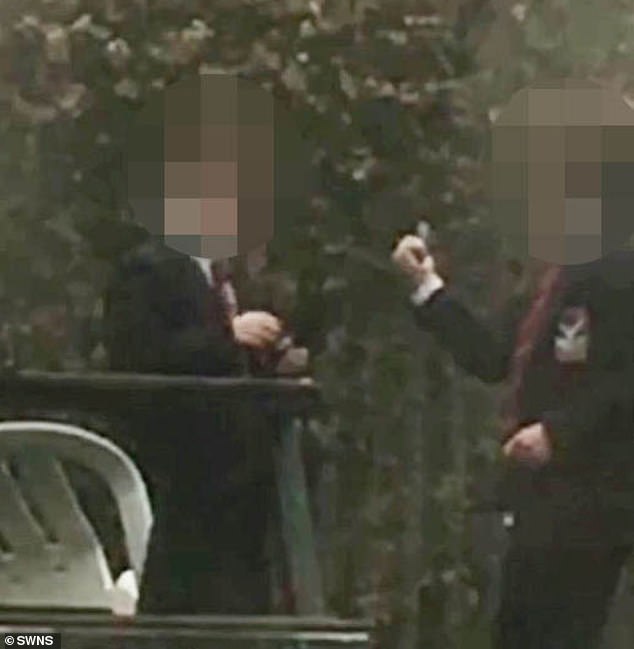 The boys, in their blazers and ties, chopped used the blades to chop down bushes and stab picnic tables, fences and chairs

A witness watched them for five minutes before taking his phone out and filming at around 4.45pm.

He said he was alarmed that such young lads were playing with knives in a ‘close-knit community where the elderly, vulnerable, and families live’.

He said: ‘I’m split – because on the one hand, I sympathise with the boys, who might have been just playing and using their imaginations.

‘Maybe they’d watched a superhero film, or were excited for Avengers – I’m not sure.

‘And on the other hand, I think back to how I was as a child, and my mother and father would have hit the roof if they’d caught me with knives. 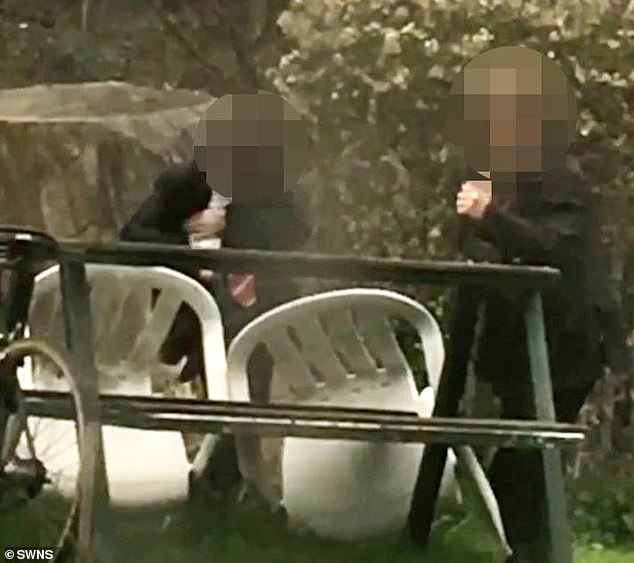 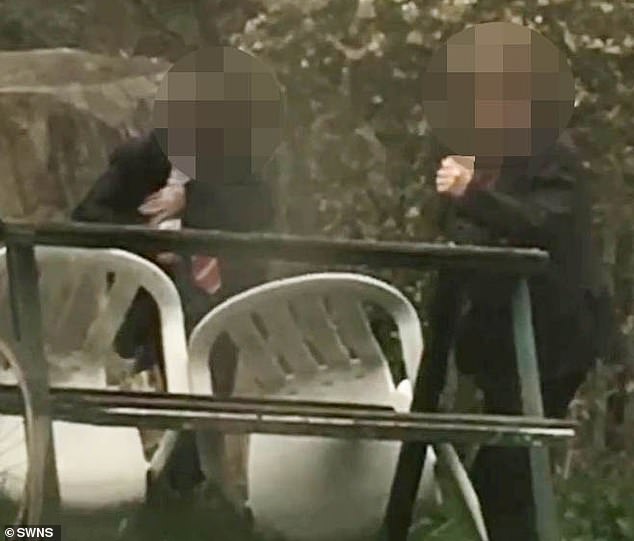 ‘We don’t know how they got hold of these knives – whether they stole them, or just came across them, or were even given them. We don’t know.

‘I just shudder to think what could have happened if another child had been around – or had come across them and got into trouble.

‘Who was responsible for these lads? We just don’t know.’

A spokesperson for Hertfordshire Constabulary said: ‘Today (Friday, April 26) we have been made aware of a video that is reported to have been filmed in the Hemel Hempstead area.

‘Unfortunately the person who filmed the schoolchildren did not report the matter to police at the time or subsequently.

‘We have asked that individual to make contact with us as soon as possible so that we can obtain an unedited version of the video and make enquiries with the relevant school to identify the boys.’