Kenneth Lockings Jr, 45, has been charged with murder after he allegedly killed his girlfriend with a samurai sword

A Texas man has been charged with murder after authorities said he ‘nearly decapitated’ his girlfriend with a samurai sword on Wednesday night.

Kenneth Lockings Jr, 45, turned himself into police after the gruesome killing in Houston.

Police responded to a ‘cutting in progress’ at around 5.30pm on Wednesday, according to the Houston Chronicle.

When they arrived, they found 36-year-old Aracely Jernigan dead in the living room.

Based on blood splatter evidence, it appears that Lockings held the sword with both hands and used enough force to nearly behead Jernigan, according to ABC 13.

Investigators found a packed bag of women’s clothing near the front door, so it is possible that she was leaving.

Family members found Lockings at the scene and helped him turn himself into police. 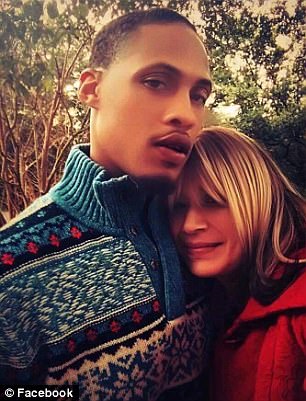 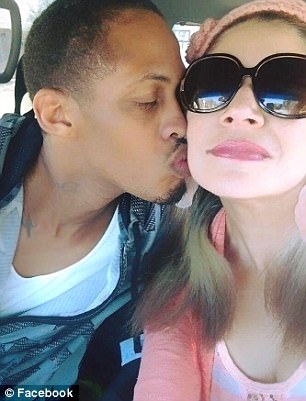 Just a few hours earlier, Lockings had stopped by his grandmother’s house for coffee.

His grandmother said that Lockings had received the samurai sword as a Thanksgiving gift.

She also said that Jernigan had been living with family in Mexico for the past several months and had only recently returned to Houston.

Next door neighbor Marie Carrier said it was well-known that Lockings had mental health issues.

‘He’s really messed up in the head,’ she said.

Lockings is being held without bail for a murder charge and a federal parole violation.

He was charged in 2009 for allegedly assaulting a family member, but that case was dropped after he was convicted for felony cocaine possession.

He is due to appear in court on Wednesday.