Business tycoon David Russell leaving Manchester Magistrates court where he received six months driving disqualification and a fine of £2,304 plus court costs after being caught speeding in his Bentley

A tycoon who was banned from driving for speeding in his luxury Bentley has claimed he will suffer ‘exceptional hardship’ as he had to hire SEVEN chauffeurs when he was last ordered off the roads.

David Russell, 63, had clocked up 24 points on his driving licence after his £114,000 company Bentayga supercar was repeatedly caught breaking the speed limit and he failed to say who was behind the wheel.

However, the former Rochdale carpet salesman who is Chief Executive of a £271m property company in Manchester, urged a court not to ban him from driving claiming he had ‘meetings on’ and added that he had lost a string of chauffeurs during his last period of disqualification in 2006 when they were required to collect him at 6 a.m.

He also claimed his firm had a ‘fleet of cars’ including the Bentley and he knew nothing of the offences as usually his PA would deal with any traffic misdemeanours after they were sent to her by his housekeeper. He did not mention whether he could use public transport.

At Manchester magistrates court, JPs rejected Russell’s plea not to disqualify him under ‘exceptional hardship’ rules and banned him from driving for six months, fined him a total of £2,465 and warned he would face jail if he was seen behind the wheel of a car.

The wealthy businessman, who has a £3m house in Wilmslow, Cheshire was charged after he failed to respond to police letters saying his six litre 180mph W12 Auto Estate vehicle had been caught speeding around the Manchester area.

In court Russell, who founded the Property Alliance Group in 2003, said he had no knowledge of the trial hearing as his housekeeper dealt with all his letters and forwarded them onto his office. 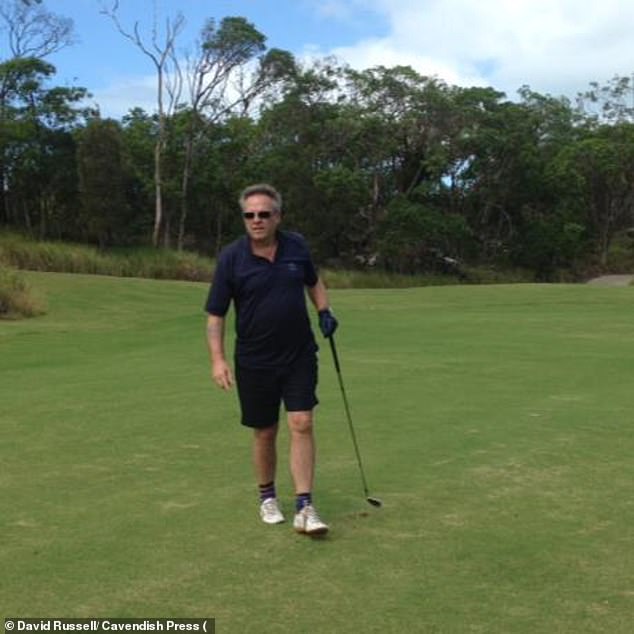 He told JPs: ‘I wasn’t informed by my secretary and I was away at the time as well- although am not trying to disrespect the court at all. There seems to be quite a lot of confusion around the speeding. We have got offices in Singapore in Dubai but the police officer insisted in using the chief executive’s address and now everything seems to be directed at me.

‘My PA or a fellow director would or should have gone along to the hearing.. But it never got properly discussed or covered and I wasn’t properly informed that I had to attend. I thought it was a company thing – not an individual thing. I have also got a substantial amount of paperwork to go through everyday. I travel a lot and only caught up with emails when was on the train this morning from London.

‘But I had every intention of coming today to unravel everything. I am happy to come along to another court with the company secretary and managers but it does seem from start to finish to have been a mess.

‘We’re a very professional business but I am very respectful of the magistrates court. We have a huge successful business which employs over 300 people but but there is no disrespect meant on all of this.

He added: ‘My home address is the UK but I have not lived there for nearly 14 months. A house keeper sends all documents into the office and she not dealt with documents or took serious enough. In the past there has been occasion where a car has been photographed.

‘But I have got a fleet of cars and when one has been photographed speeding she files in the documents and another director sends it into the court. 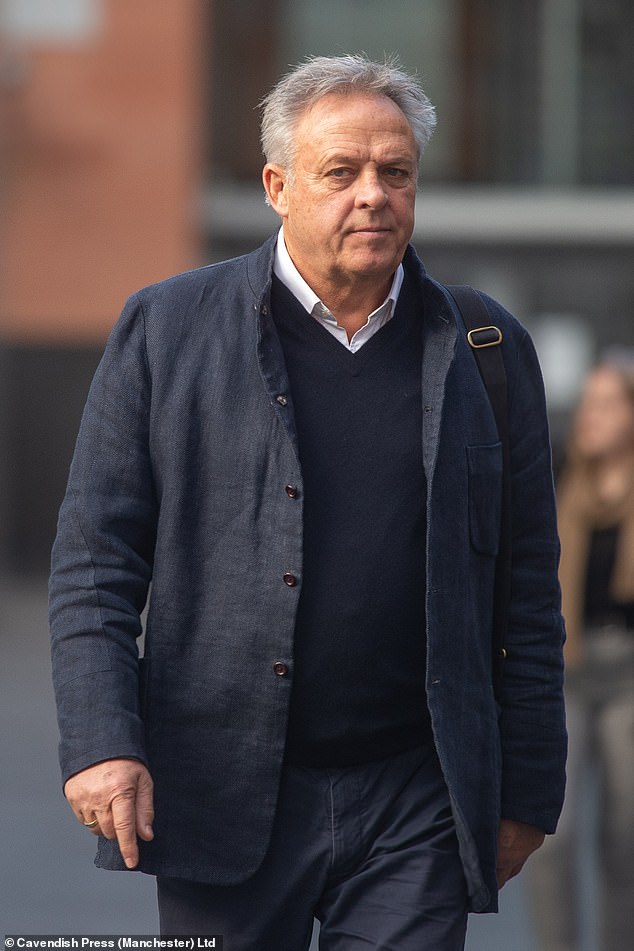 At Manchester magistrates court, JPs rejected Russell’s plea not to disqualify him under ‘exceptional hardship’ rules and warned he would face jail if he was seen behind the wheel of a car

‘The company is then fined if we don’t have the relevant person driving it. I have two recent points on my license and admit that. But I would like to explain its incorrect for me to be prosecuted for driving the car.’

‘ I don’t believe it was me that was speeding. Several cars are used to meet clients coming in from Saudi and Abu Dhabi and when I am here I do that job as well.’

He claimed a ban would be ‘exceptionally difficult’ telling JPs: ‘I have got meetings on and couple of other businesses in electronics. You might have driven around Manchester and seen the signs of Russell construction – that’s my business.’

‘I was disqualified 14 to 15 years ago but it was virtually impossible to get chauffeurs to come and pick me up at half five, six in the morning.

In terms of hardship the last time I must have gone through five, six or seven chauffeurs – they didn’t want to do the time and meetings would run over. I was in London at Hotel Radisson with the HSBC and stayed until 10:30 p.m. It’s virtually impossible and business would suffer.

‘I would need to pull out of several contracts and won’t be able to get around. We’ve also got Brexit, a new Prime Minister and everyone’s anticipating the property market would drop off. I can try restructure my hours to between 8:30 a.m. and 6:30 p.m. but business would suffer and I would start to think of laying off the staff.

‘I have tried before to take my staff with me on business but it doesn’t work and we still ended up getting chauffeurs and that doesn’t work either. It’s not a financial thing it’s just an impossible thing, just impossible. Mentally I am going to suffer – I’ve only had six points in 12 years. It’s not like I’m speeding everywhere in the car. A ban would affect my stress levels.’

During the hearing the clerk of the court said: ‘We all have to make arrangements for post to be looked when we’re away. That’s something between you and the secretary not the court.’

JPs added: ‘ The bench does not accept your reasons for application for exceptional hardship. You are not allowed to sit at the wheel of a vehicle for six months. Driving without license and whilst disqualified is a very serious offence and those who do that may end up in prison.’

Russell’s company has been involved in the management and sale of 64 assets at a value of £271m since 2011. In 2015 he sued the RBS bank for £30m claiming it had cost the firm £8m in unnecessary fees.