It’s not the first time he played the good Samaritan.

Tyler Perry helped out an Atlanta couple in need by paying off their $14,000 in outstanding hospital bills.

The 50-year-old filmmaker’s funds rescued the two Americans, who weren’t allowed to leave a Mexican hospital until the tab was settled, according to TMZ.

Good Samaritan: Tyler Perry helped out an Atlanta couple traveling in Mexico by paying off their $14,000 in outstanding hospital bills after they were prevented from leaving; shown October 5

The drama started while Stephen Johnson and his fiancée Tori Austin were sailing on a Carnival cruise ship.

During the trip, Stephen went into diabetic shock, according to Atlanta’s WSBTV.

He was rushed to a hospital in Progreso, Mexico, where he spent three days in the intensive care unit after being diagnosed with pancreatitis, diabetes and a kidney infection.

But once Johnson was stabilized, the hospital reportedly refused to let him and Austin leave until they paid their $14,000 bill for the multi-day stay.

‘I appreciate them saving my life, but they can’t hold me captive,’ said Johnson. ‘That’s not right.’ 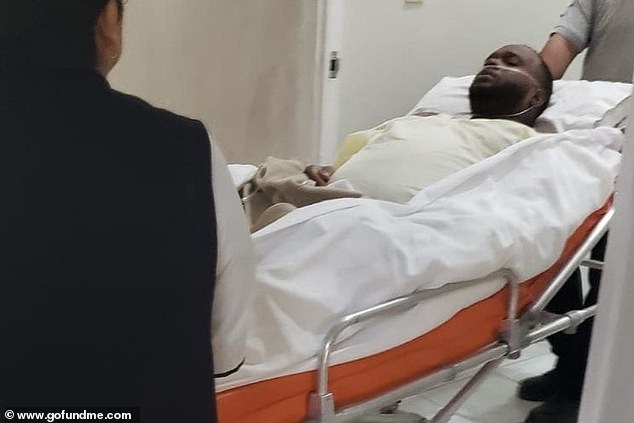 Health scare: Stephen Johnson fell into diabetic shock while on a cruise and was rushed to a hospital in Progreso, Mexico. He was diagnosed with pancreatitis, diabetes and a kidney infection 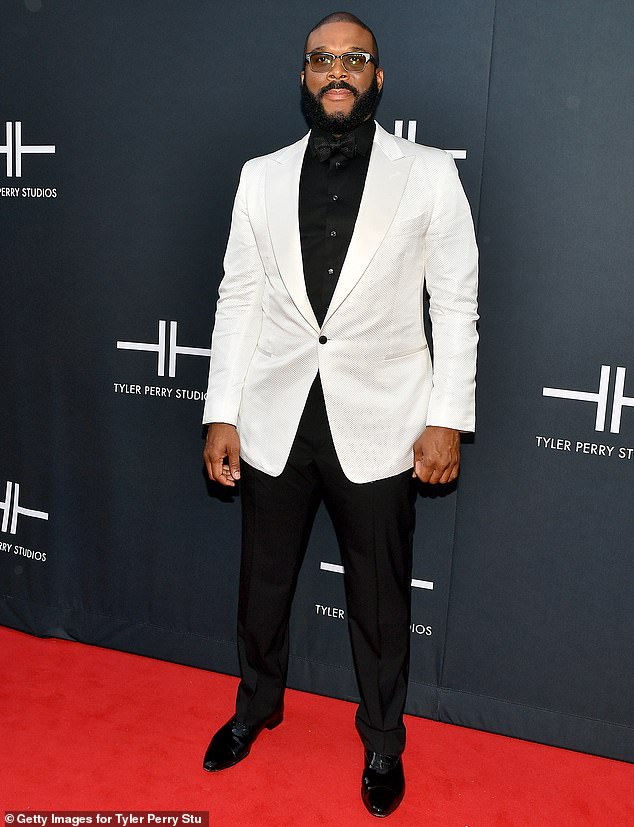 Life saver: The Madea star heard about the couple’s GoFundMe and called up the hospital to pay off the balance. The hospital refused his credit card info and required a wire transfer; pictured October 5

Enter Tyler Perry. The Madea star heard of the couple’s GoFundMe, which had only raised a little over $1,000 by Saturday.

He reportedly called up the hospital and tried to pay the bill in full by giving them his credit card information.

However, the hospital balked and required him to send the funds via wire transfer, which should arrive by Monday.

Wire transfers can send the money faster than simply charging a credit card, and they’re not reversible, so it wouldn’t be possible to cancel the payment at the last minute.

Tyler also offered to cover a medevac plane to get Johnson back home, but he seems to have recovered enough to fly commercial. 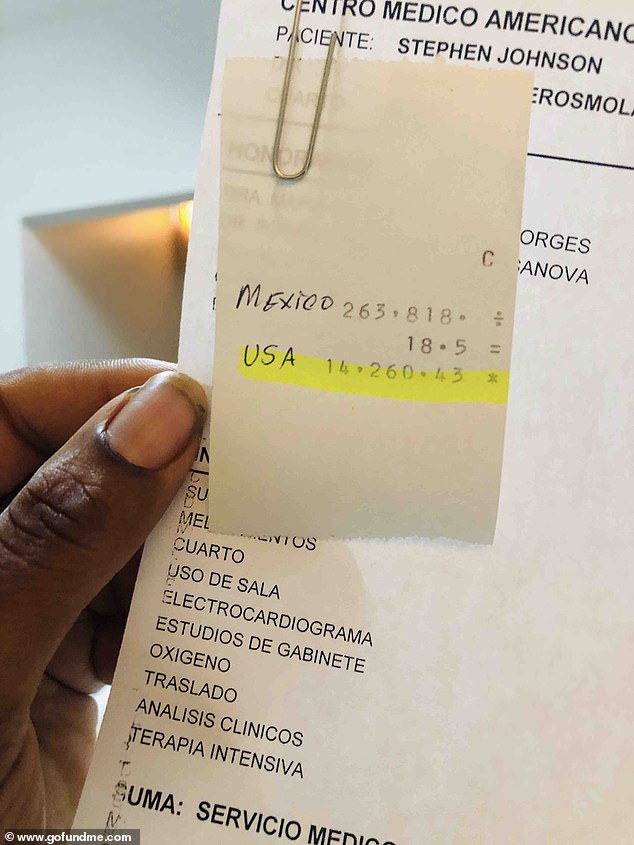 Sticker shock: A photo of the shocking bill posted on Johnson and Austin’s GoFundMe 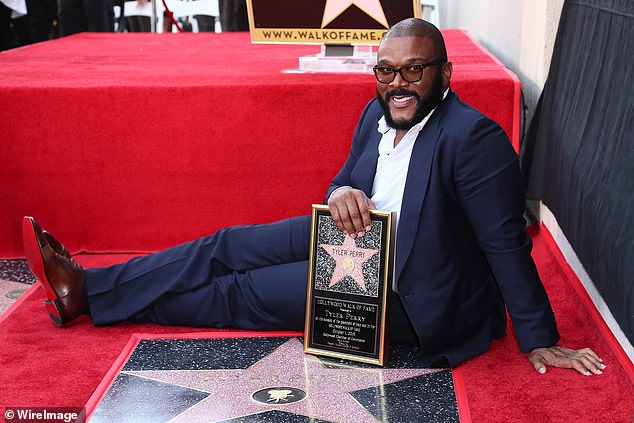 Recovering: Tyler also offered to cover a medevac plane to get Johnson back home, but he seems to have recovered enough to fly commercial

Johnson and Austin were stymied in their attempts to leave by difficulties accessing a Western Union money transfer and a lack of working ATMs in the town.

The couple offered to pay part of the bill, but the hospital demanded the full $14K in cash.

‘We don’t have $14,000 right away,’ said Tori. ‘So we offered to pay some, to even do a promissory note. But the administrator lady here said absolutely not.’

Many Mexican hospitals expect upfront payment and have even refused to performer services for Americans traveling abroad without first being paid. 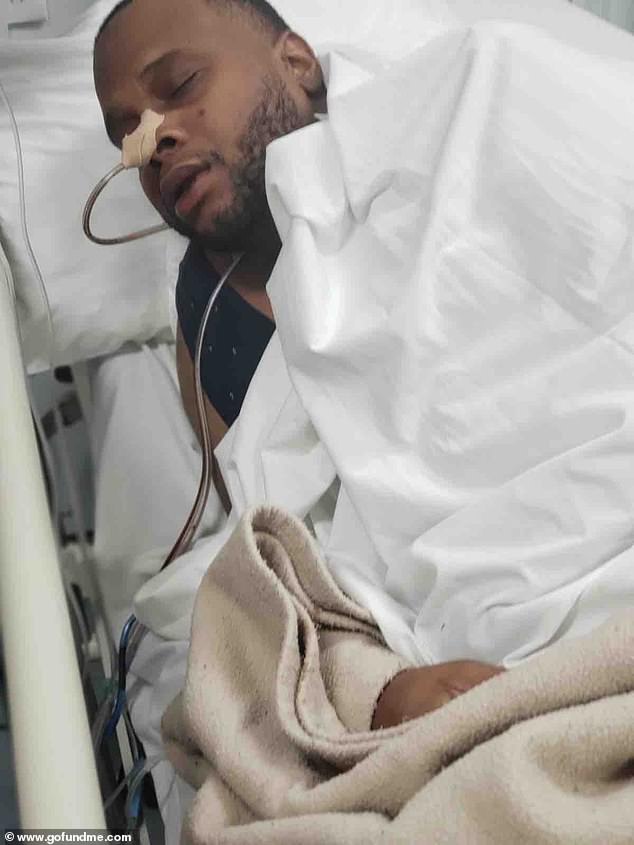 No good answer: The stranded couple berated the hospital’s ‘unethical’ behavior on their GoFundMe. Johnson doesn’t have insurance, but most US plans wouldn’t have covered him anyway

According to Tori, a hospital administrator physically tried to stop them from leaving.

‘They were pushing us and pulling us,’ she said.

The couple said they had been in contact with the American embassy and Carnival, both of which they said were helpful.

Carnival confirmed that a guest had fallen sick on the cruise, but refused to comment further. 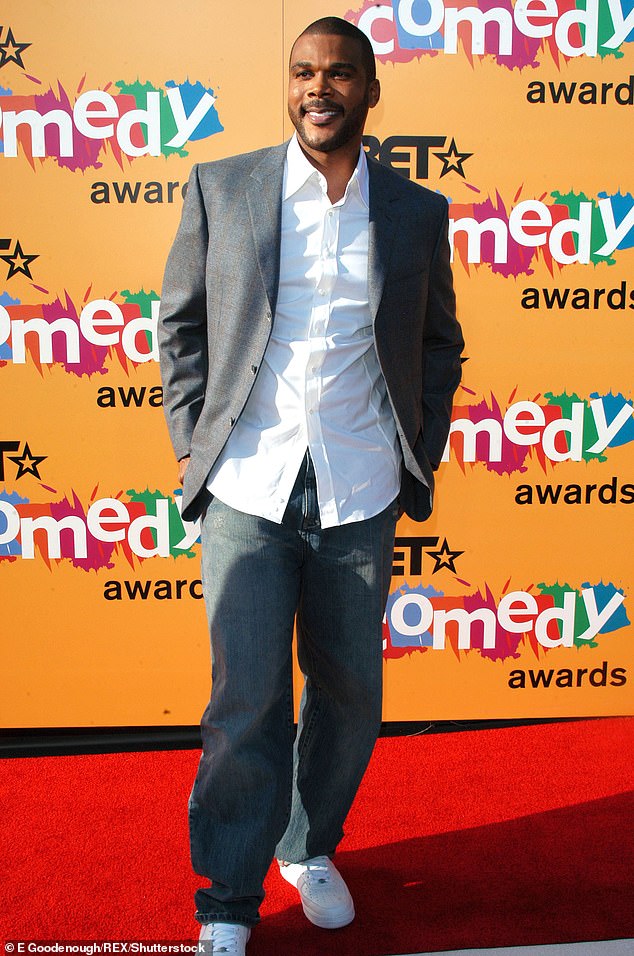 Helping hand: Tyler has previously donated houses to those in need and made surprise charitable gifts to struggling Christmas shoppers; pictured in 2005

This incident is just the latest example of Tyler’s charitable spirit.

The Gone Girl actor paid off more than $430,000 in layaway payments at two Atlanta-area Walmarts in December 2018, which helped 1,500 shoppers pay for their Christmas presents.

He’s been known to purchase surprise houses for those in need, and has donated at least $1 million each to the NAACP and Haiti in the wake of the devastating 2010 earthquake.