Tyler, The Creator surprise London show shut down by police

Rapper Tyler, The Creator announced a surprise gig in London today during his first visit to the country after his UK ban was lifted by the Home Office.

But just 15 minutes after he was due to perform at the Bussey Building in Peckham, the rapper tweeted to say: ‘Too rowdy, cops cancelled it, go home, I tried, the gate climbing nail in the coffin, they go nervous, too bad was a cool idea but hey, igor (his new album) out now’.

Hundreds of fans flocked to the location, only to be left stuck in a huge crowd unable to get out.

Hundreds of fans flocked to the location, only to be left stuck in a huge crowd unable to get out when the police shut the impromptu gig down

Disappointed supporters took to Twitter to lament with one user saying: ‘Wasn’t even rowdy but I still love you.’

Another said: ‘You better find a solution because nobody will move till seeing you’.

Other fans have tried to convince Tyler to move the location of the impromptu gig.

One said: ‘Just pick a park somewhere or do it in the streets we don’t mind’.

Tyler’s latest tweet, a thinking emoji, a brain emoji and a fingers crossed emoji, has prompted speculation that the rapper is trying to find an alternative location for the surprise concert.

The co-founder of the hip hop collective Odd Future, 29, was barred from entering the UK in 2015 because his lyrics ‘encourages violence and intolerance of homosexuality’ according to then Home Secretary Theresa May.

But today the controversial star, real name Tyler Okonma, posted a picture outside Buckingham Palace, announcing his arrival and the end of his ban. 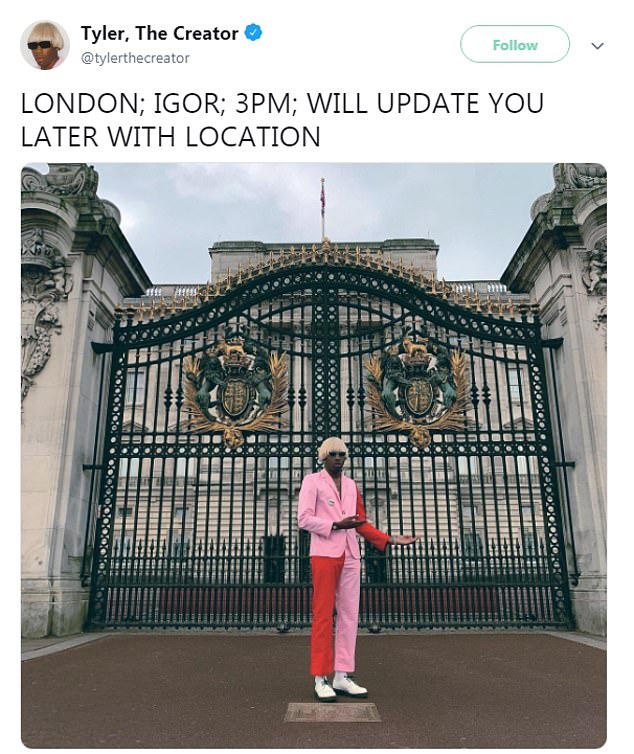 Rapper Tyler, the Creator posted a picture outside Buckingham Palace today surprising fans who were unaware his UK ban had been lifted

He also said he will be performing a surprise gig at 3pm this afternoon in Peckham.

It is understood the ban, which was due to last for three to five years, was lifted from February 13 and he arrived at Luton Airport in the early hours of this morning.

At the time of the ban, he tweeted: ‘Based on lyrics from 2009 I am not allowed in the UK for three to five years (although I was there eight weeks ago).

‘That is why the shows were cancelled.’

He also believed the ban was racist, saying: ‘They did not like the fact that their children were idolising a black man.’

The rapper was due to perform at the Reading and Leeds festivals that summer but he had to pull out due to the ban. 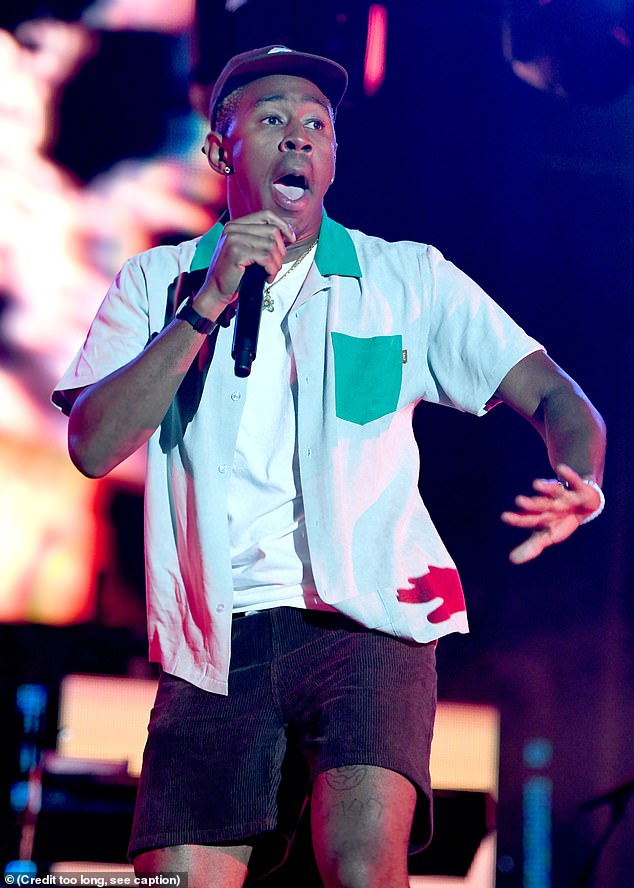 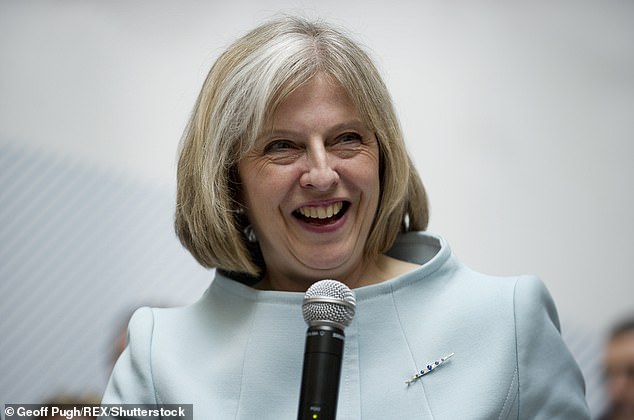 Then Home Secretary Theresa May enforced the ban which meant Tyler, the Creator could not perform at Leeds and Reading festivals that year

Tyler, the Creator has been criticised over rape and murder fantasies in his lyrics and for using homophobic slurs.

He has previously insisted he is not homophobic, saying: ‘Somebody called me a homophobe. I’m not homophobic. I just say ‘f*****’ and use ‘gay’ as an adjective to describe stupid s***.’

But a Home Office spokesman said in 2015 coming to Britain was a ‘privilege’ and those who did needed to ‘respect our shared values’.

The spokesman said: ‘The Home Secretary has the power to exclude an individual if she considers that his or her presence in the UK is not conducive to the public good or if their exclusion is justified on public policy grounds.’

Despite the slurs, there has since been speculation over the artist’s sexuality since the release of his fourth studio album Flower Boy in 2017.

Jaden Smith also called Tyler, the Creator his ‘boyfriend’ on stage at a festival in California last year.

Okonma publicly showed his support for fellow Odd Future member Frank Ocean after he came out in 2012.