Former heavyweight champion Tyson Fury appeared to make a homeless man’s day when he handed him a five pound note, before jumping into his Range Rover.

The self-proclaimed ‘Gypsy King’ was out in Manchester with his wife Paris where they were spotted going for lunch at Cloud 23 bar.

After their lunch date Fury handed some money to a man who posed proudly with the five pound note.

Fury and Paris then jumped into his newly camouflage wrapped SVR Range Rover before driving off. Earlier this week Fury’s refurbished Range Rover was pictured with a ticket on its windshield – as it was parked in a disabled spot.

He had earlier posted a picture of his 4×4 parked sideways across a disabled space on Instagram, praising its new wrap which he said ‘looks and feels great’.

But his decision to put the car in a handicapped spot provoked backlash online, with people quick to remind him where he had parked.

Fury will make his return to the ring at the Manchester Arena on June 9 after a two-and-a-half-year hiatus amid self-confessed problems with drugs and depression. 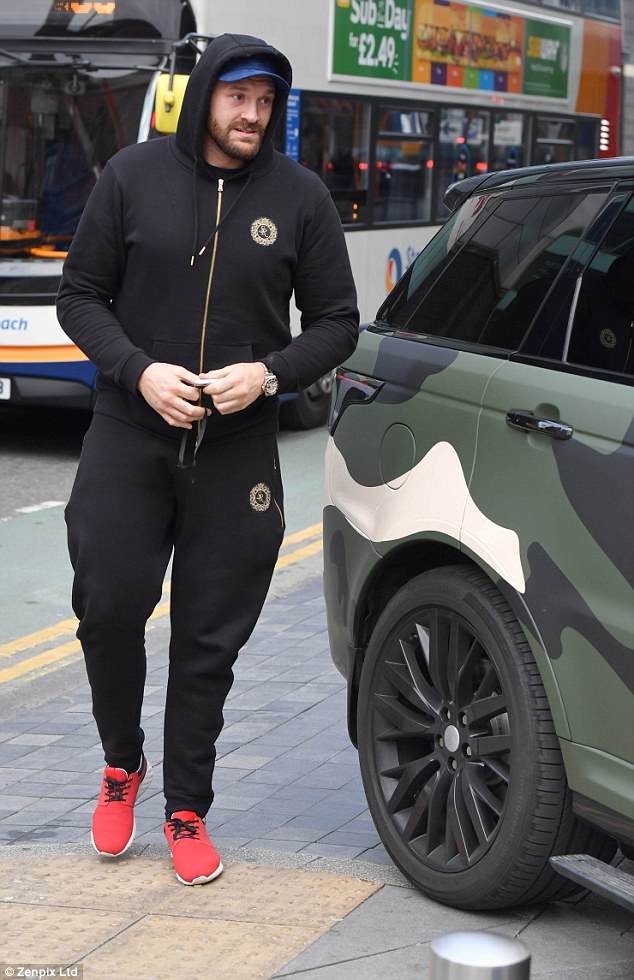 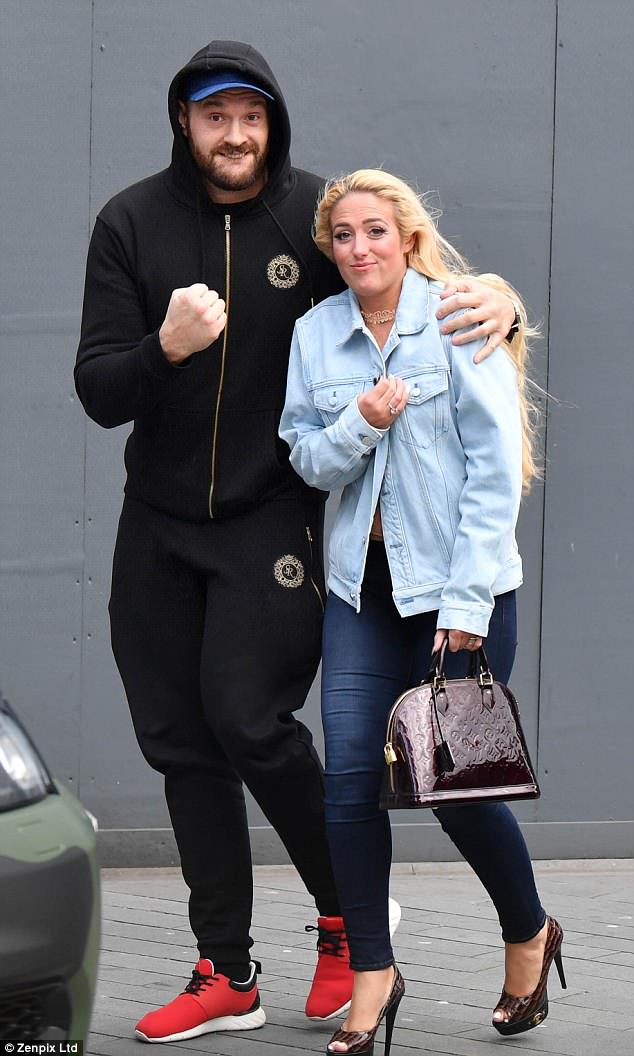 Speaking ahead of his comeback fight, he was as comical and confident as ever.

However, he did allow himself to be grounded by his new promoter Frank Warren after suggesting he is ‘ready today’ to fight rivals Anthony Joshua and Deontay Wilder.

Fury told reporters on Thursday afternoon: ‘I’m in a very, very good place, they always say a happy fighter is a dangerous fighter and I am very, very happy, I feel stronger and quicker and fitter than I ever have done.’ 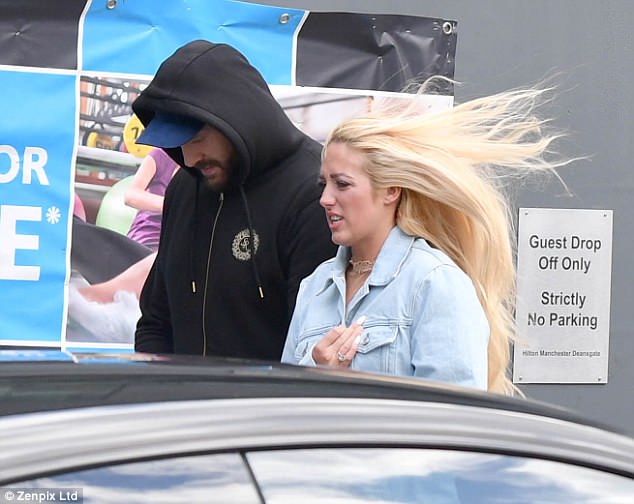 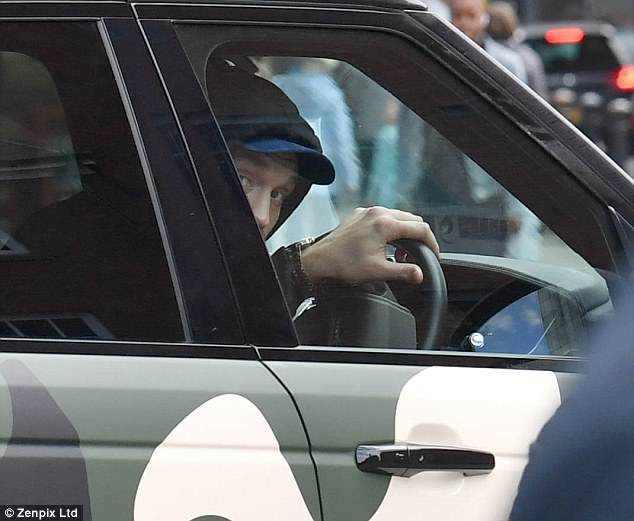 ‘I think the break has done me well, I started boxing when I was really young and I never really had that break so it was nice to have time – some much needed time – with the family but I’m back now and ready to really set the division on fire this time.

‘It took two and a half years to get that fire again. Every time I had 10 pints down the pub, I was wondering where is this fire, is it going to come?

‘I wanted to fight then but I was walking one day and thought I am a fat pig and I knew something had to change.’ 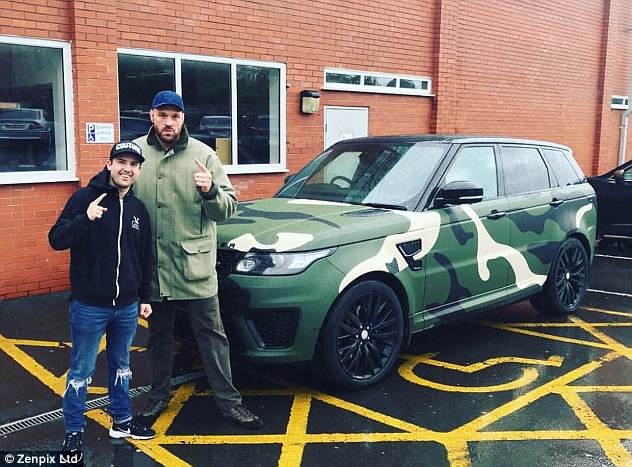 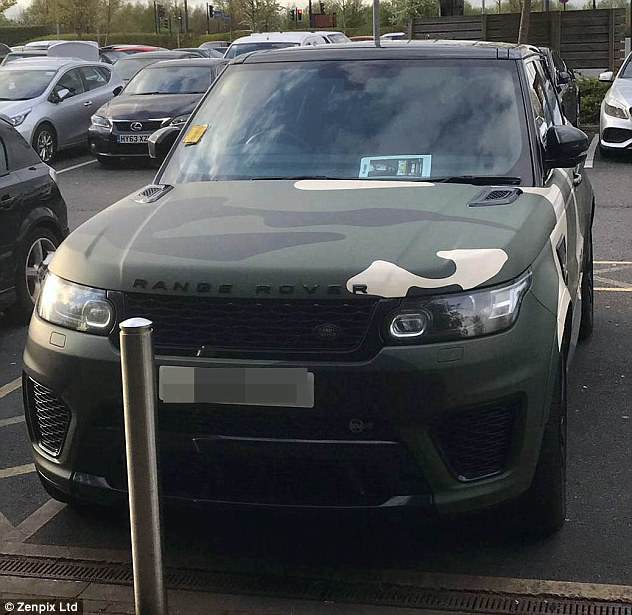 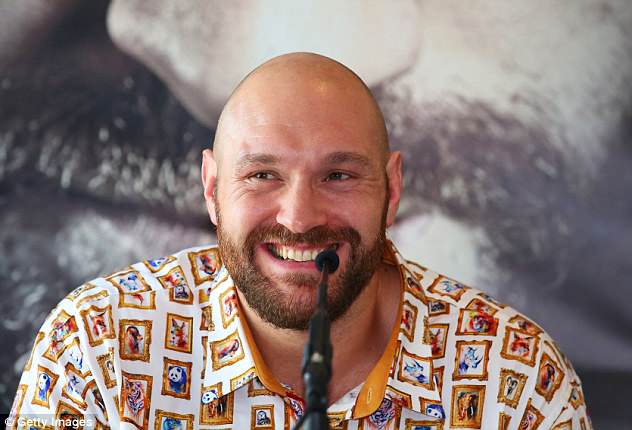 Tyson spoke yesterday ahead of his comeback fight in June, and told reporters he was in ‘a very, very good place’