Tziporah Malkah, 45, steps out in a swimsuit looking VERY slender

And the 45-year-old unveiled her slimmed-down frame once again on Sunday by stepping out in a one-piece swimming costume in Sydney.

The ex-fiancée of James Packer was spotted puffing on a cigarette and chatting on the phone as she soaked up the sun in her skin-baring ensemble.

Tziporah Malkah, formerly known as Kate Fischer, unveiled her slimmed-down frame on Sunday as she stepped out in a one-piece swimming costume in Sydney

Having whittled herself down to a size 14, Kate looked as if she’d just walked off the runway back in her heyday in the ’90s.

Tziporah, who lived in anonymity for years after her modelling career ended, had previously tipped the scales at 120kg just two years ago.

The I’m A Celebrity… Get Me Out Of Here! star battled depression when she ballooned to a size 24, telling New Idea: ‘I was in a bad shape, mentally and physically.’ 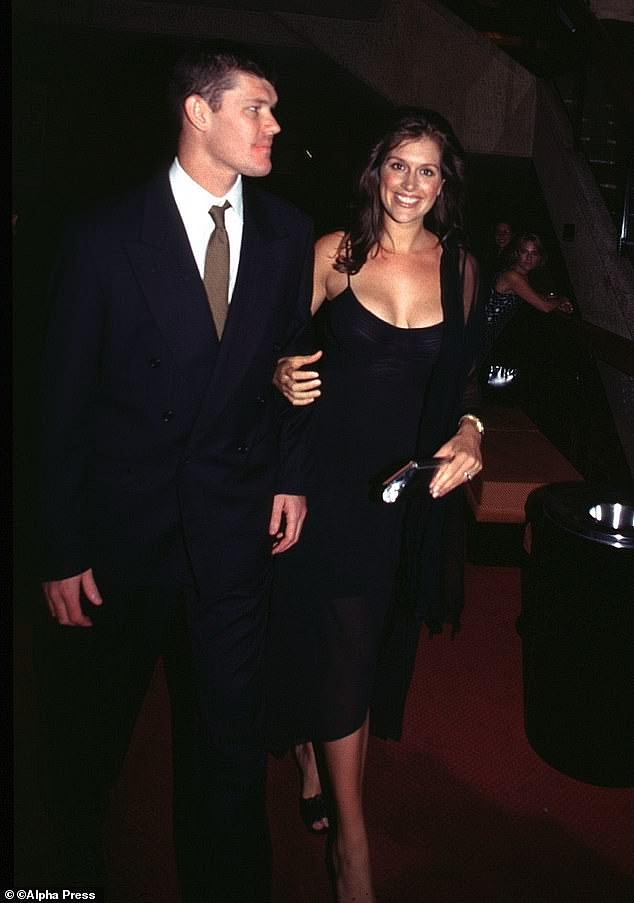 Incredible: The ex-fiancée of billionaire James Packer is now a size 14, and the same weight she was during her modelling heyday in the ’90s. Pictured with James

The former ‘It girl’ further explained that she would binge on wine and cheese in the evenings while working at an aged care home in Melbourne several years ago.

‘But now… well, it’s a different story. I can walk for miles without panting and sweating,’ she said.

‘Plus, a lot of emotional heaviness has lifted, along with the extra weight. I’m a different person!’

Tziporah, who previously had breast implants before getting them removed, dropped the kilos with long daily walks and gym sessions with a personal trainer. 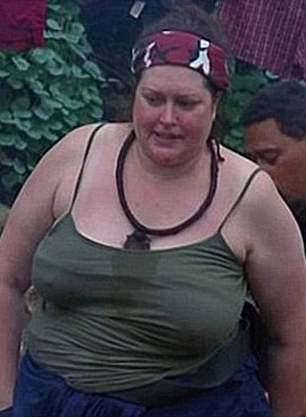 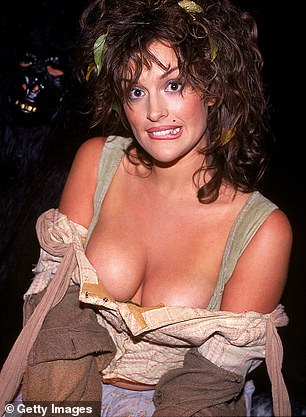 Weight battle: Tziporah was diagnosed as morbidly obese two years ago, but now weighs less than 70kg. Pictured left: on I’m A Celebrity… Get Me Out Of Here in 2017, and right: in 1996

She has also stopped snacking on chips and cheese and instead reaches for carrots and celery when she’s hungry.

‘I’m elated, I can’t stop dancing around, acting like a little kid,’ Tziporah said, adding that she has reached her goal weight and is now the lightest she’s been since she was 35.

Tziporah revealed she feels much more confident now and is ready to pursue modelling and TV opportunities. 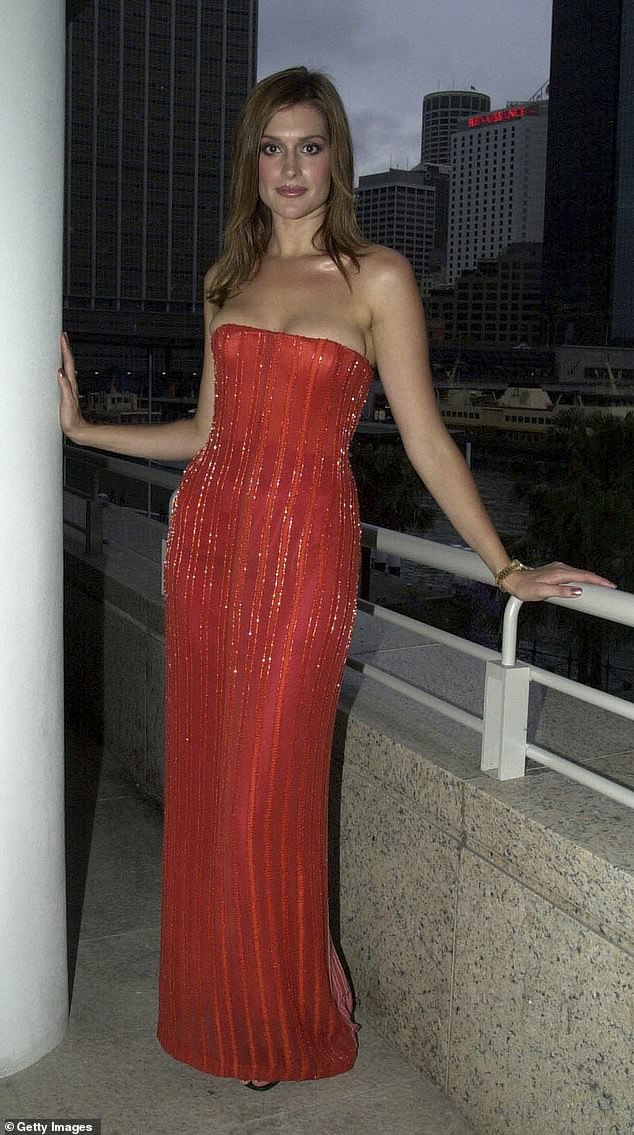 She’s a new woman! Tziporah told New Idea she is  ‘a different person’ after losing 50kg. Pictured in Sydney on November 6, 2000

Many Australians will remember Tziporah, then known as Kate Fischer, for her engagement to James Packer in the ’90s. They split in 1998 and he went on to marry Jodhi Meares.

She also appeared in the Australian film Sirens, about the hedonistic and creative lifestyle of artist Norman Lindsay, alongside Elle Macpherson and Portia de Rossi.

Tziporah, who was known for her curvy figure while dating James, previously said she was attracted to the businessman’s lavish lifestyle.

‘I found the lifestyle very exciting and dazzling,’ she told Channel Seven’s Sunday Night last year, adding that her then-fiancé offered her a monthly allowance.

‘We had a great friendship, a really good friendship. There was love, but there was complications in that love, mainly because of my jealousy and my possessiveness,’ she said. 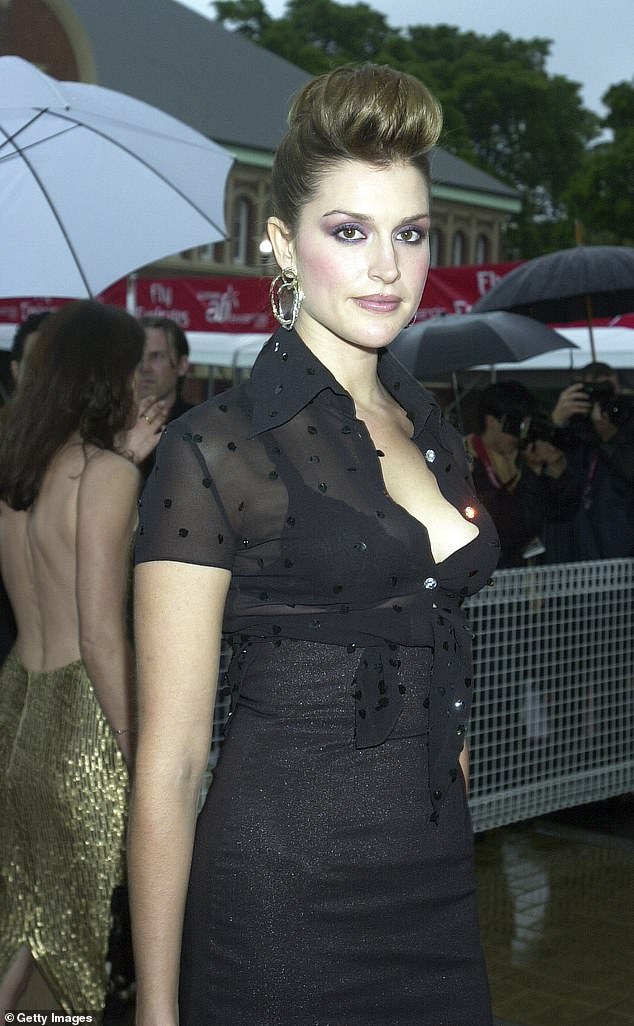 Life overhaul: Tziporah, who previously had breast implants before getting them removed, dropped the kilos with long daily walks and gym sessions with a personal trainer. Pictured in Sydney on November 19, 2000

Tziporah weighed 118kg when she appeared on I’m A Celebrity… Get Me Out Of Here! in 2017 but lost 12kg in the South African jungle.

She put the weight back on due to a foot injury, but by January 2019 had managed to lose an impressive 30kg.

At the time, she told Channel Nine’s A Current Affair she hoped to drop an additional 20kg by the end of the year – something she has already achieved. 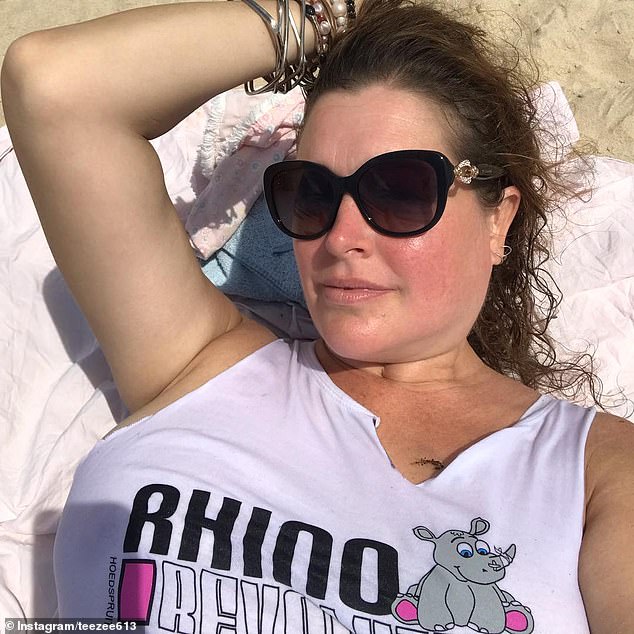 Breaking bad habits: Tziporah has also stopped snacking on chips and cheese and instead reaches for carrots and celery when she’s hungry 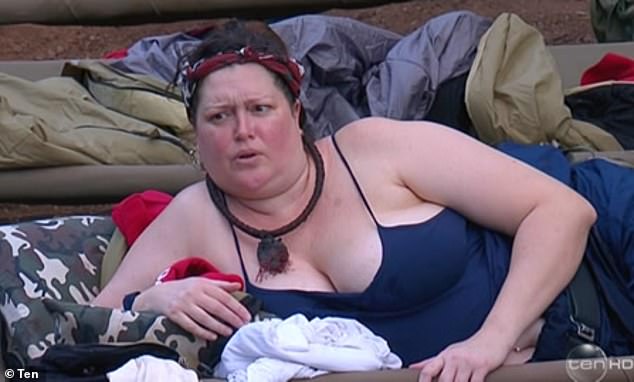 Fluctuating weight: Tziporah weighed 118kg when she appeared on I’m A Celebrity… Get Me Out Of Here! in 2017 (pictured) but lost 12kg in the South African jungle

Tziporah first vowed to lose weight in 2017 after tipping the scales at 120kg and being classified by her doctor as ‘morbidly obese’.

In October 2018, she announced she was starting to lose weight by eating ‘clean’ and practicing meditation. Tziporah also underwent ‘hypnotic lap band surgery’.

WHO IS TZIPORAH MALKAH?

Tziporah, formerly known as Kate Fischer, was one of the most in-demand models in Australia in the ’90s and was even engaged to businessman James Packer.

She split with James, now 51, after a two-year engagement in 1998 and later relocated to the U.S., eventually becoming an American citizen.

Upon her return to Australia several years ago, however, she found herself broke, homeless and living in anonymity.

Eventually she found work in aged care in Melbourne, but was thrust back into the headlines in 2016 when unflattering photos of her wearing a bed sheet outside of her house were splashed across the tabloids.

She has since embraced her return to the spotlight, appearing on I’m A Celebrity… Get Me Out Of Here! and signing with celebrity agent Max Markson.