U.S. Border Patrol agent, 26, is found dead in a remote part of New Mexico after officials lost communication with him while he was on duty

A U.S. Customs and Border Patrol agent is being laid to rest Thursday after he was found dead while on duty in a remote part of New Mexico last week.

Johan Mordan, 26, was discovered ‘unresponsive lying on a trail’ on June 11 after other agents lost communication with him while he was on foot patrol.

A search began immediately and Mordan, who was only a first-year agent, was found minutes later but other agents were unable to revive him.

An autopsy has been carried out, but his cause of death has yet to be announced.

U.S. Customs and Border Patrol agent Johan Mordan, 26, was found lying unresponsive on a trail in New Mexico on June 11 as he carried out a foot patrol in the area 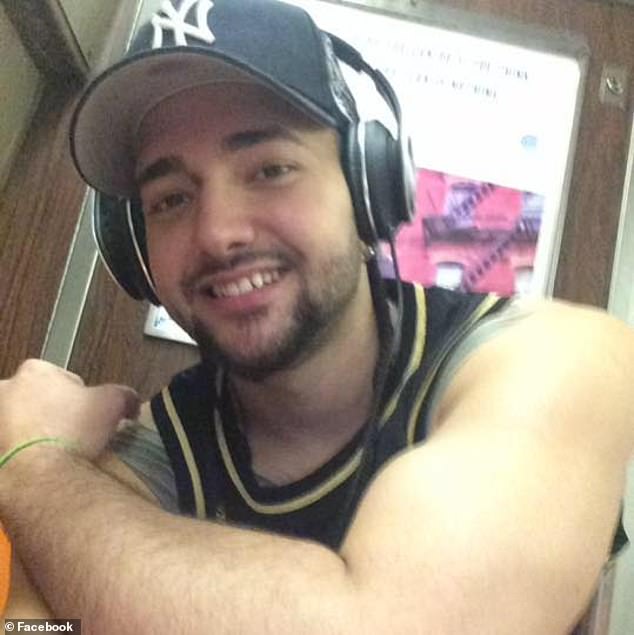 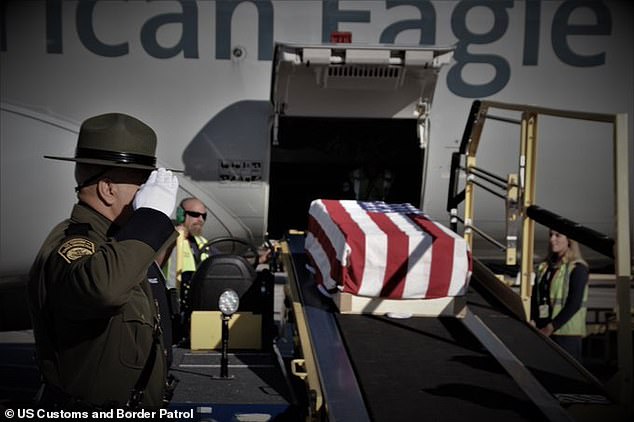 Mordan had been working in Hidalgo County in an area known as the ‘boot heel’ of New Mexico, according to a statement from the border agency.

‘Agents worked exhaustedly trying to save him, unfortunately BPA Mordan could not be revived. All proper notifications and investigative protocols have been initiated.’

Mordan was stationed at Lordsburg Station, which is part of the Border Patrol’s El Paso Sector covering all of New Mexico and part of Texas.

He had only become a border patrol agent in July 2019. 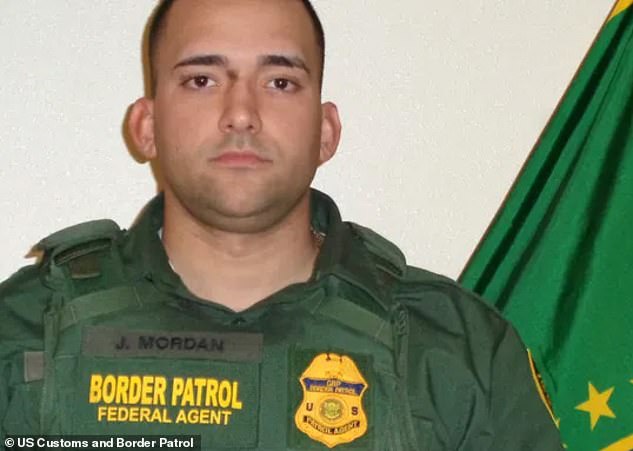 Border Patrol agent Johan Mordan, pictured, was on foot patrol in a rural part of New Mexico when he died. Other agents lost contact with him moments before and began a search 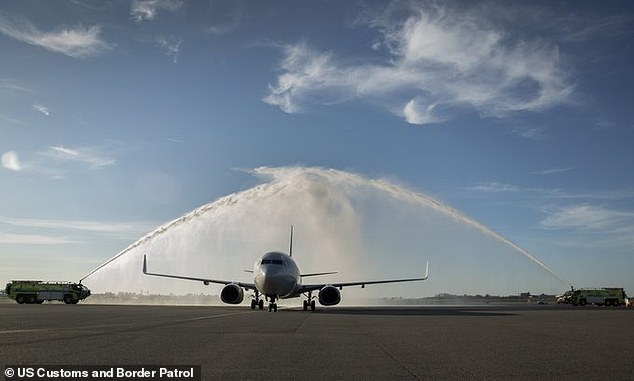 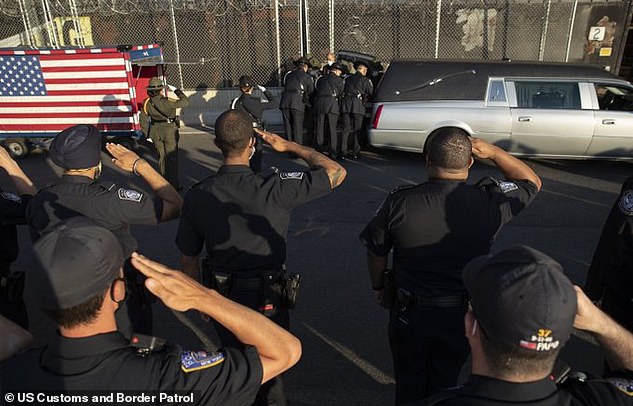 Colleagues from the U.S. Border Patrol gave him a guard of honor, pictured

His death was confirmed in a tweet from CBP Acting Commissioner Mark Morgan.

‘It is with great sadness that we mourn the loss of Border Patrol Agent Johan Mordan of El Paso Sector,’ Morgan wrote.

‘He served his country and community with honor. Our thoughts are with his loved ones and the entire Border Patrol community during this time.’

His body was flown home to New York Wednesday for his burial.

He was given a water cannon salute and a guard of honor from his colleagues in border patrol. 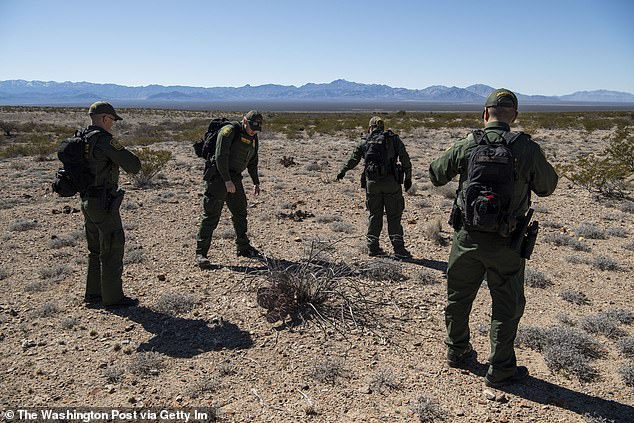 Johan Mordan had been on patrol in a remote area in New Mexico. Pictured are agents from Lordsburg, where Mordan was stationed, that covers all of New Mexico and part of Texas

‘He will never be forgotten,’ Morgan added.

This is the second death of a border agent in the El Paso region this year.

According to Fox News, in January, Alfredo Nino, 48, was found dead in Animas.

He was also found unresponsive at a remote outpost.