A wild brawl involving up to a dozen men at a U2 concert has been caught on camera.

Mobile footage captured frightened concertgoers keeping their distance as they watched the vicious fight at Optus Stadium in Perth on Wednesday night.

One witness said a 47-year-old man lay motionless on the ground for nearly 30 minutes after he copped a brutal punch to the jaw.

The victim was unconscious on the ground after the show had finished as concertgoers were making their way out.

Witnesses described the incident, which occurred at the band’s final concert in Australia, as ’embarrassing’.

‘Lads were throwing punches everywhere all over the place,’ Mark James told 9News. 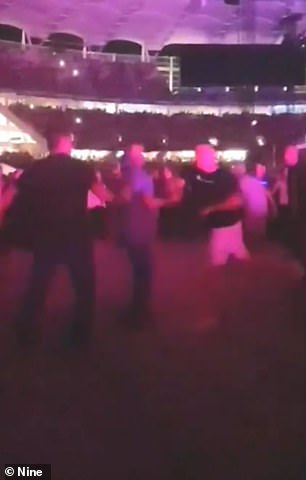 A brawl has broken out at a U2 concert in Perth (left and right), leaving one man knocked to the ground unconscious

‘He was lying for a good 20 to 30 minutes I think and the paramedics came.

‘There were lots of kids there as well as families. They don’t need to see stuff like that. You know, that’s just not on.’

The victim was taken to Royal Perth Hospital with minor cuts and suspected head injuries. 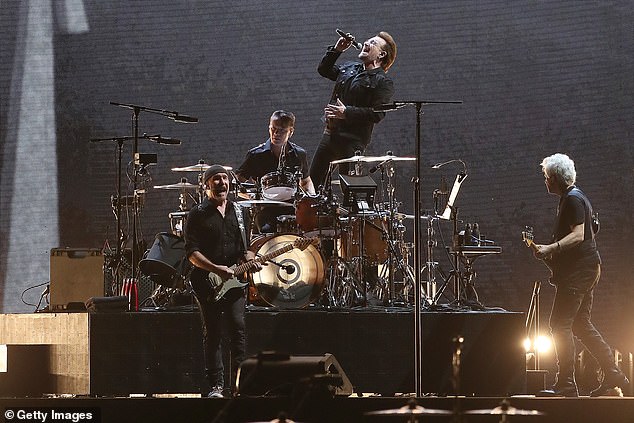 He was discharged early on Wednesday morning.

The man has indicated if he wants to press charges, according to WA police.