Pictures showing ‘missing’ Dubai princess Latifa have been released by the UAE in a bid to prove she is ‘at home and living with her family’.

Rights groups had called on the UAE to disclose the whereabouts and condition of Sheikha Latifa, daughter of Dubai’s ruler, amid widespread reports she was forcibly returned after fleeing the Gulf Arab state.

The 33-year-old had not previously been seen in public for more than nine months while her Instagram account had been closed down. 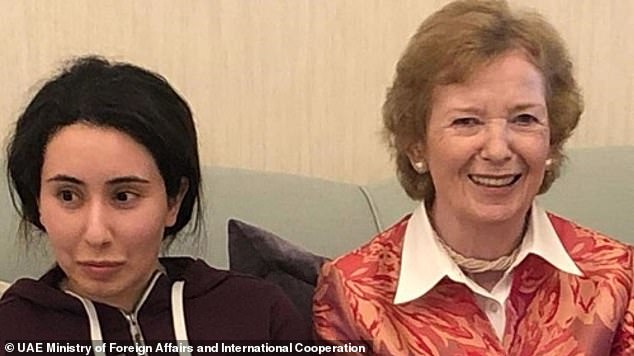 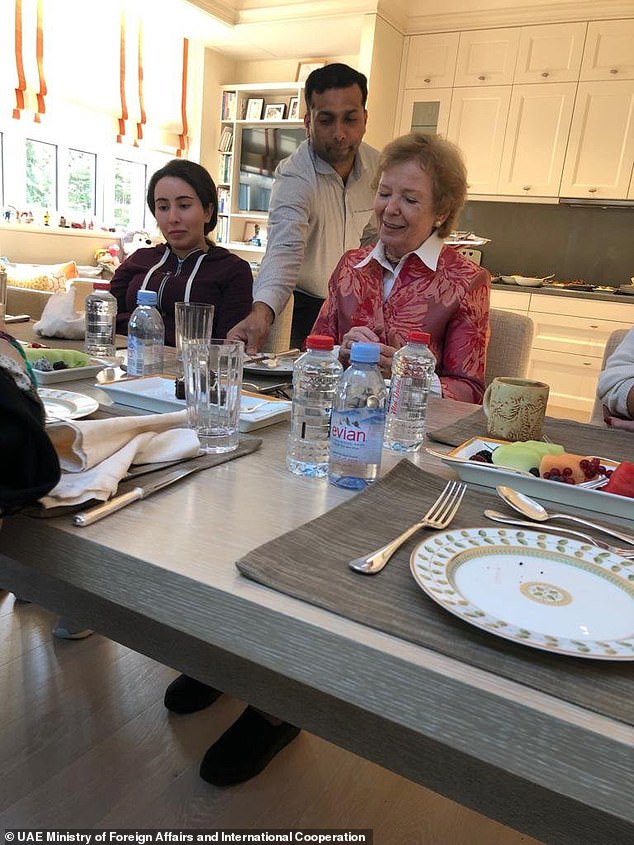 Rights groups had called on the UAE to disclose the whereabouts and condition of Sheikha Latifa, following reports in the international media that she was forcibly returned after fleeing the Gulf Arab state

‘At the request of the family, on 15th December 2018, Mary Robinson, former United Nations High Commissioner for Human Rights and former President of Ireland, met with Her Highness Sheikha Latifa in Dubai,’ the UAE foreign ministry said.

‘Photographs taken during the afternoon they spent together have been shared, with their consent.

‘During her visit to Dubai, Mary Robinson was reassured that H.H. Sheikha Latifa is receiving the necessary care and support she requires.’

It said: ‘The communique responds to and rebuts false allegations and provided evidence that Her Highness Sheikha Latifa was at home and living with her family in Dubai.’

The ministry said the UAE Mission in Geneva shared the statement with the Office of Special Procedures at the United Nations High Commissioner for Human Rights.

Latifa was snatched from a yacht after trying to flee with the help of French former spy Hervé Jaubert and long-time friend Tiina Jauhiainen. 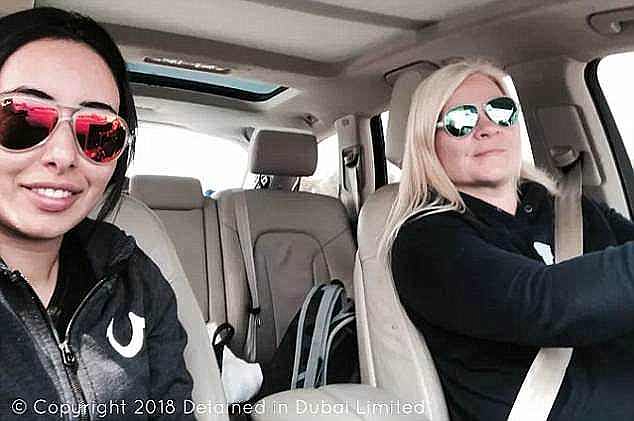 The Princess (left) escaped with Ms Jauhiainen (right) and planned to start a new life in America but three weeks into her escape bid, their yacht Nostromo was surrounded by Indian forces

Earlier this month, Dubai Ruler’s Court said she celebrated her 33rd birthday with her family and that they are ‘deeply saddened’ by speculation regarding her whereabouts.

In an extraordinary statement, a spokesman lambasted the BBC for making a documentary about the case ‘intruding’ on her private life.

It was the first time the United Arab Emirates (UAE) had broken its silence on the speculation surrounding Latifa after she went missing on March 5.

That statement came as footage showed her training for her escape by swimming in a plush pool in scuba gear on February 12.

The princess later attempted to flee her ‘gilded prison’ with the help of Herve Jaubert, and her Finnish marital arts teacher.

The footage was filmed by her teacher, Tiina Jauhiainen, who also joined her on the mission – first driving into neighbouring Oman before sailing to India.

She had contacted Mr Jaubert years earlier asking him for help after she had read about him escaping from the country, he has said. 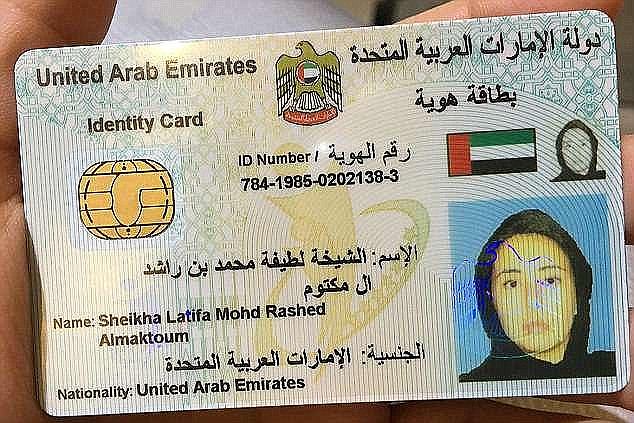 Latifa was last seen on March 5 being dragged into a rubber boat by Indian and Emirati forces, according to those who were with her.

But in a statement, Dubai Ruler’s Court later claimed that Latifa was ‘vulnerable to exploitation’ by Mr Hauve, who had a criminal record.

He and his ‘accomplices’ demanded payment of a ransom of $100million shortly after she disappeared for her return, it was claimed.

A spokesman from the Dubai Ruler’s Court said: ‘This private family matter has caused significant upset and distress for all concerned, most of all Sheikha Latifa.’

It said she was ‘adored and cherished’ by their family and was now safe in Dubai.

Miss Jauhiainen had told the BBC that on the day of the escape Latifa changed her clothes and sunglasses, and the pair crossed into Oman.

They then headed out into international waters by inflatable boat and jet ski to meet Mr Jaubert in a yacht flying the US flag.

The trio set sail for India, where Latifa hoped to claim political asylum in the US, but were stopped by armed men just 30 miles from the coast and taken back to Dubai.