Uber driver, 26, shows her horrifying injuries after she jumped from moving car at 55mph to escape a kidnapper who held her at knifepoint

A man has been arrested in relation to the kidnapping of an Uber driver from Nashville who ended up suffering serious injuries after she jumped out of her car as it was traveling at around 55mph.

Chris Miller has been caught and is currently in jail in Jacksonville, Florida.

Police say 26-year-old Uber driver, Carolina Vargas of Antioch near Nashville, Tennessee was giving a ride to Miller on Tuesday and took him to the Hampton Inn Motel in Cleveland, Tennessee – a distance of around 160 miles.

Nashville Uber driver, Carolina Vargas, suffered serious injuries after she jumped out of her moving SUV traveling at 55mph to escape a kidnapper 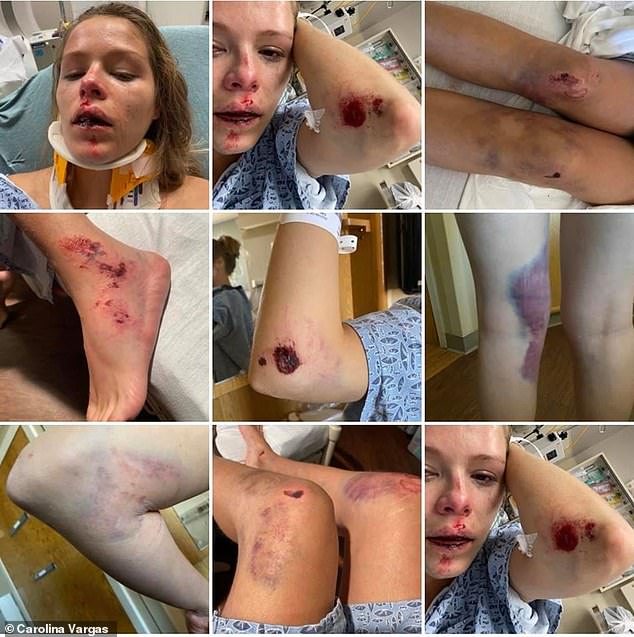 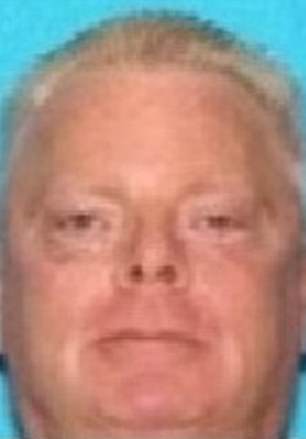 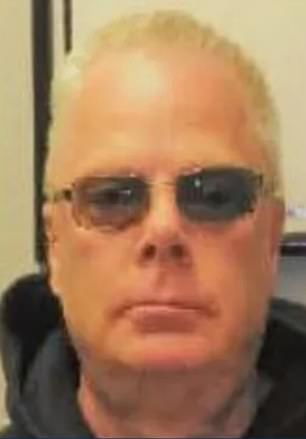 Chris Miller was picked up by police in Jacksonville, Florida and is now in custody 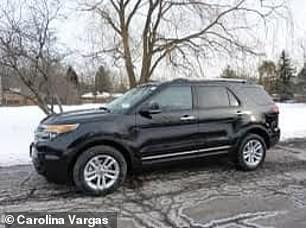 He then told her to return to collect him once again for the three hour return trip the following Friday.

When Vargas picked Miller up, he claimed to know of a faster route back to Nashville.

But just as she began questioning him about the directions he was offering her, he is alleged to have pulled a knife on her and stuck her in the rib cage while holding the weapon.

‘When she was more then half way into the ride he pulled out a knife and held it to her side and told her she better listen to his every demand then told her to drive towards Dalton Georgia. She began to plead with him asking him to please not do this, that she was just working and didn’t want to die. He then put the knife to her Neck and told her that she needed to shut up and do as he said,’ her family wrote about the incident online.

Vargas then decided to jump out of the vehicle while traveling at around 55mph along the Cleveland Highway.

She ended up suffering multiple life-threatening injuries as well as knocking out several teeth along with several cuts and bruises. 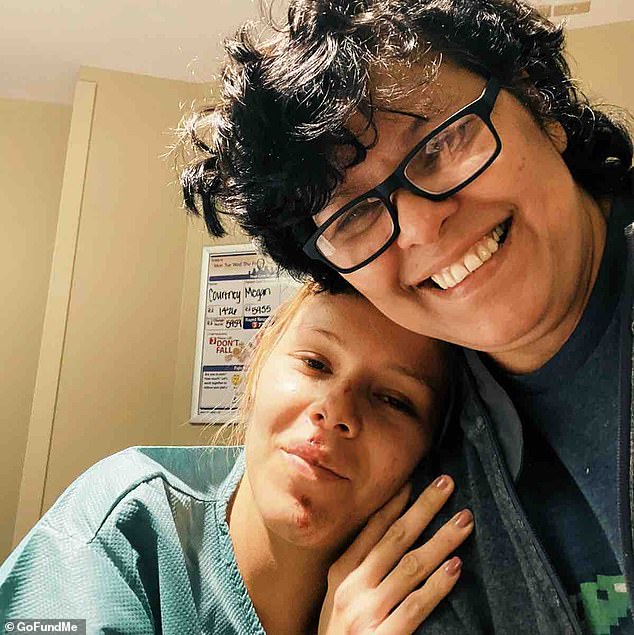 Carolina Vargas was allegedly kidnapped by Chris Miller. She is pictured here with brother Yosueth Vargas

‘She quickly opened the door and jumped out of her car at 60 mph into the middle of the interstate where she slammed her head onto the pavement face first breaking and knocking her front 3 teeth out getting her legs ran over by the back tire of her own vehicle… Thankfully some good samaritans stopped to help her out of the center lane of the highway,’ Vargas’ family explained.

Vargas was taken to Hamilton Medical Center in Dalton, Georgia where she received medical treatment.

‘She has a huge emergency room bill and will have to do extensive reconstructive dental surgery. She needs all the help she can get to be able to pay for these medical bills,’ her brother wrote online.

The family have created a GoFundMe page in the hope that some of her medical expenses may be covered through donations. 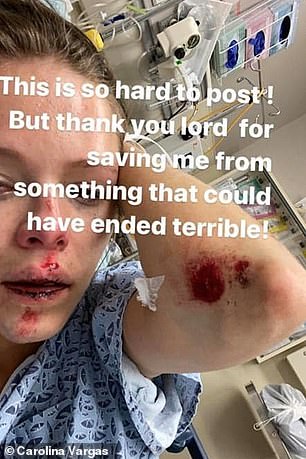 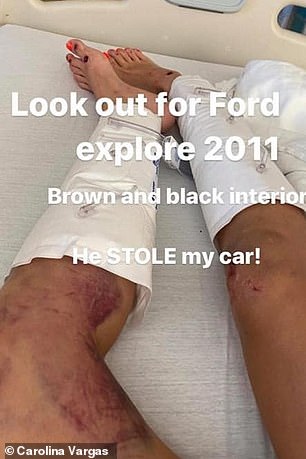 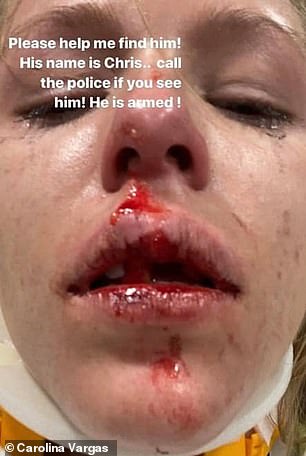 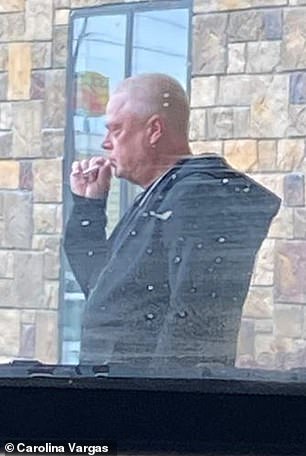