A TikTok star’s story about a suspicious Uber Eats delivery driver who showed up at her home at one in the morning has earned over nine million views.

Bobbie Prestes, 25, says that over the summer, she had a rare conversation with an Uber Eats driver who dropped off her order while she and her husband were sitting outside.

She didn’t think much of it until this week, when the same delivery person showed up with a bag of Taco Bell after midnight — even though they didn’t order any food.

What’s more, the driver clearly remembered them and made some odd comments about their pool — so now Bobbie and her husband have installed security cameras and are demanding an explanation from Uber Eats.

Viral: Bobbie Prestes, 25, shared her story on TikTok and has earned nine million views. She said she struck up a rare conversation with an Uber Eats driver in August 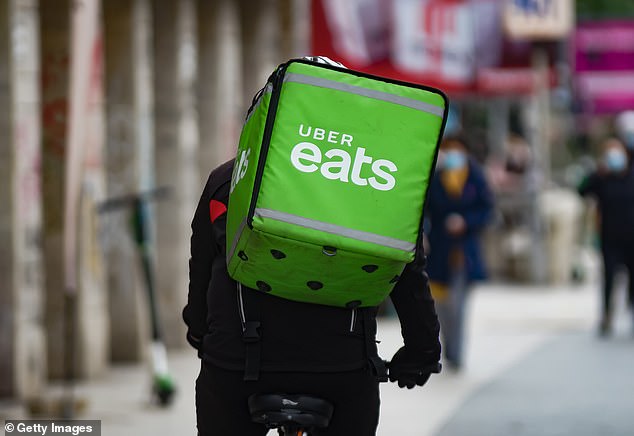 Odd: This week, the same driver showed up at 1 a.m. with food from Taco Bell that they didn’t order and made some suspicious comments about their pool

Bobbie said that she went to bed around midnight a few days ago while her husband stayed up drinking coffee on the porch.

‘But I woke up around 1 a.m. to the sound of another man’s voice from outside my bedroom window.

‘I immediately woke up and texted my husband and was like, “What’s going on?”‘

Her husband came inside and asked if she’d ordered food — but she replied that she had not and had been sleeping.

‘He was like, “Do you remember that guy who delivered food to us back in August?” And as soon as he said this, it just immediately triggered something in my head.

‘There was a guy who delivered food to us back in August while we were sitting out on our patio. When he came to drop the order off, we had a quick little conversation, and it didn’t seem too out of the ordinary.

‘He basically was just saying that he really loved our house, and he liked the area that we were in, and he said that he grew up around here. And then he was saying that he went to the local elementary school, which we happen to live pretty close to. 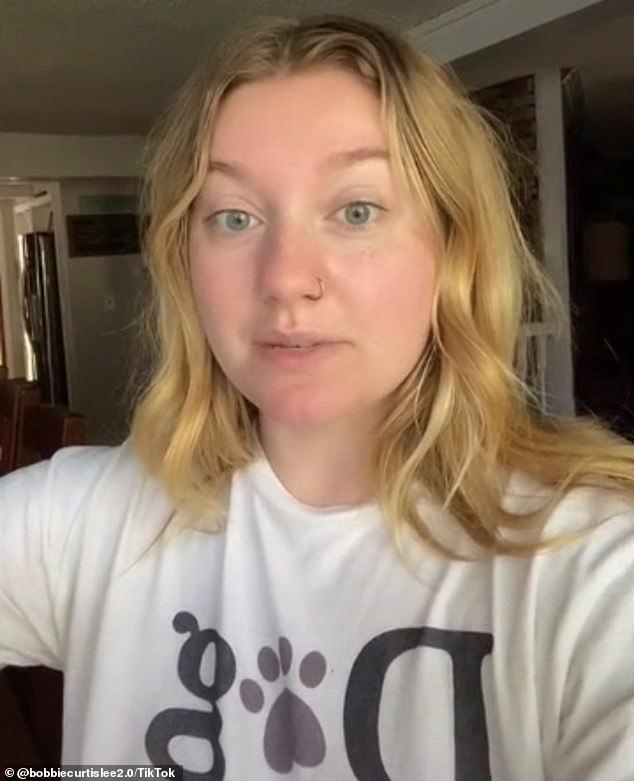 Explanation? A spokesperson for Uber Eats said the order was for another customer nearby, but Bobbie says no Taco Bells deliver nearby that late

‘So, just out of being nice, I was conversing with him. And I told him that I also grew up in the area and that I also went to that elementary school. But mind you, he’s in his 50s and I’m in my 20s.’

That was the end of their interaction that night in August, and Bobbie said he never had their order again after that, so they didn’t see him again — until that night this week.

‘He showed up around 1 a.m. with a Taco Bell order even though I didn’t order anything. And when he got to our porch and saw that my husband was sitting out there, the first thing that he said was, “Do you remember me?” Which kind of struck me as a strange thing to say.’

The man told her husband that the last time he was there, Bobbie and her husband still had the pool open, but it looked closed now.

Bobbie’s husband ‘kind of looked over at the pool area and was thinking, “How does he know that the pool is closed?” Our entire pool area is fenced in and it’s pitch black out, there are no outdoor lights on, and it’s storming.’

Bobbie said it seemed ‘a little bit off.’

She also took a picture of the Taco Bell order, which had an Uber Eats receipt for a customer named Kenzie. 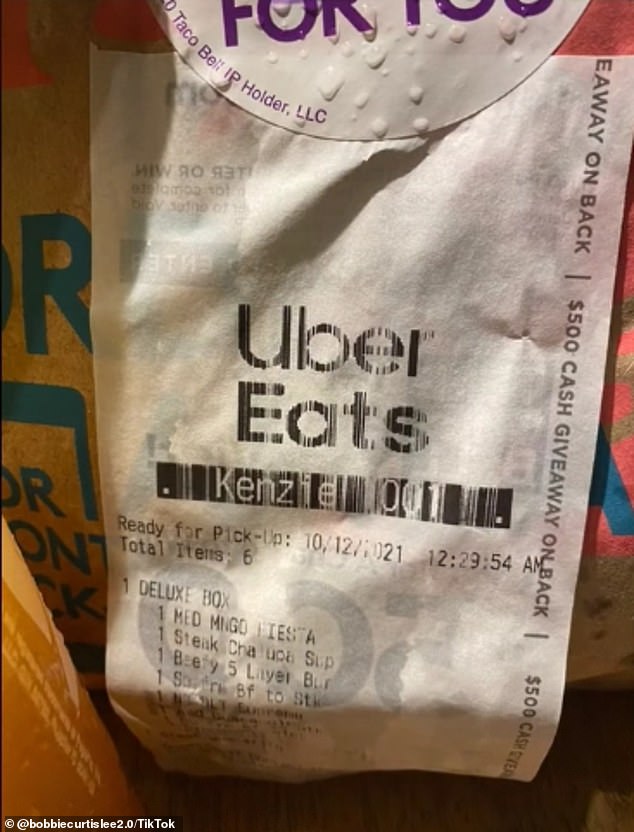 Strange: Bobbie still finds it odd that the order was placed so late, though she says no Taco Bells are open that late in her area

‘Now, normally I would think this was just a mix-up. But because I felt a little uneasy about it, I looked into it a little bit more,’ she said.

That’s when she noticed that the order was processed shortly after midnight — but none of the Taco Bells that deliver to her house take deliveries that late.

Concerned, Bobbie reported the incident to Uber Eats and bought security cameras and a Ring camera to install around her house.

She also said they already have an alarm system — and that she has had stalkers in the past, which is why her own inner alarm system went off.

‘I already know what kind of behavior to look for. This definitely rang a bell,’ she said.

Since Bobbie’s video went viral, a spokesperson for Uber told the Daily Dot that it was investigating the incident and found that the delivery was meant for a customer ‘a few hundred feet away from the TikTok poster’s house.’

The company has also been in contact with Bobbie — and according to her, they ‘basically just said they were looking into it.’

‘I’m really, really just hoping that this was a mix-up, but it’s better to be safe than sorry,’ she said.