Stories have emerged of cold food, pizza being thrown around in boxes, and deliveries taking too long.

Mohammed, 23, who runs the Yellow Door cafe in Melbourne is ‘breaking up with Uber Eats’ because in his opinion it is unfair, A Current Affair reports.

Angry restaurant owners have slammed Uber Eats for ‘unfair’ contracts costing them money and business. Stories have emerged of pizza (pictured) being thrown around in boxes 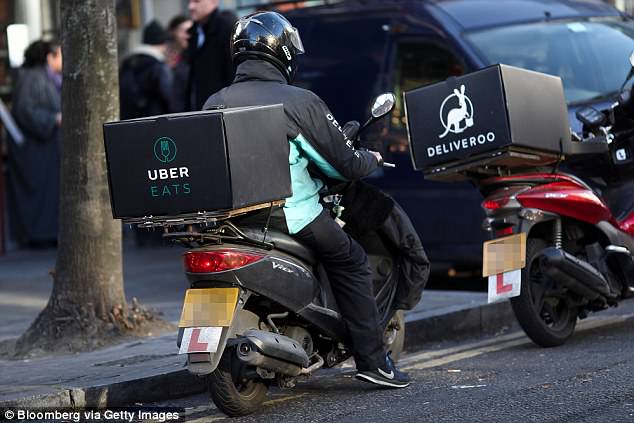 If a customer receives an ‘unsatisfactory meal’ the restaurant owner is ‘responsible for costs related to reimbursement’, according to Uber’s contract. An independent delivery driver is pictured.

And he told the network the company takes 35 per cent of sales per delivery.

‘I am breaking up with Uber Eats, it’s unfair,’ he believes.

‘When you go through it and calculate it properly, you are not making any money.’

Petty Cash Cafe owner Caitlin, based in Marrickville, Sydney, claimed to the network she was making a loss from the service. 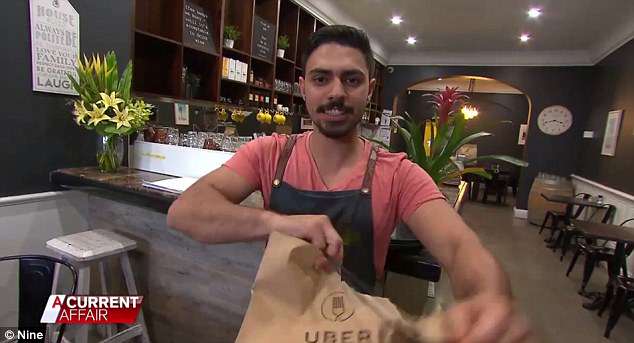 Yellow Door Cafe owner Mohammed, 23, said he was ‘breaking up with Uber Eats’ because it was unfair

The Uber contract, published by the ABC, states the company does not provide any ‘delivery or logistics services’ despite food from the restaurants being delivered by bike or car.

‘Uber is a technology services provider,’ the contract states.

If a customer receives an ‘unsatisfactory meal’ the restaurant owner is ‘responsible for costs related to reimbursement’, according to the contract.

This means if a delivery driver takes too long, or delivers multiple meals at the same time, the restaurant is to blame. 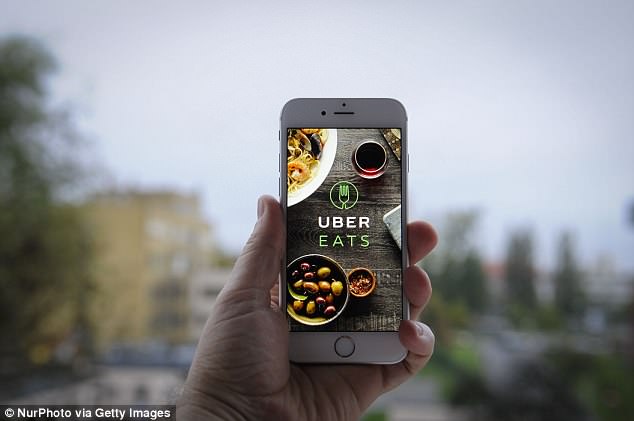 Mobile phone users order Uber Eats using a phone app, and the food is delivered to the door by bike or car, but Uber claims they are a technology provider and do not provide any ‘delivery or logistics services’

And many of these restaurants allege they have been receiving negative reviews on social media and Google due to Uber Eats.

‘I guarantee I’ve lost business with Uber Eats from the reviews that are posted right now,’ Mohammed claimed to A Current Affair.

He said there were three aspects of the law they can look into relating to the contracts.

Uber Eats will continue to actively cooperate with the ACCC, the company told Nine Network.

‘No one has a greater interest in a thriving restaurant sector in Australia than Uber Eats,’ the company stated.

‘Complying with Australian law is important to us.’