UCLA gymnast Katelyn Ohashi, who skyrocketed to fame after her killer floor routine went viral, has cut Michael Jackson’s music from her new choreography following the sex abuse allegations made in the documentary Leaving Neverland.

Ohashi, 21, became an internet sensation in January when she won her first 10.0 of the year for her upbeat Michael Jackson medley routine that went viral online racking up over 35million views.

However, in her new routine revealed Friday she cut Jackson’s music from her mix, saying she doesn’t feel comfortable with his music or his moves following HBO’s documentary.

In the bombshell documentary James Safechuck and Wade Robson accuse the singer of grooming and molesting them when they were children. 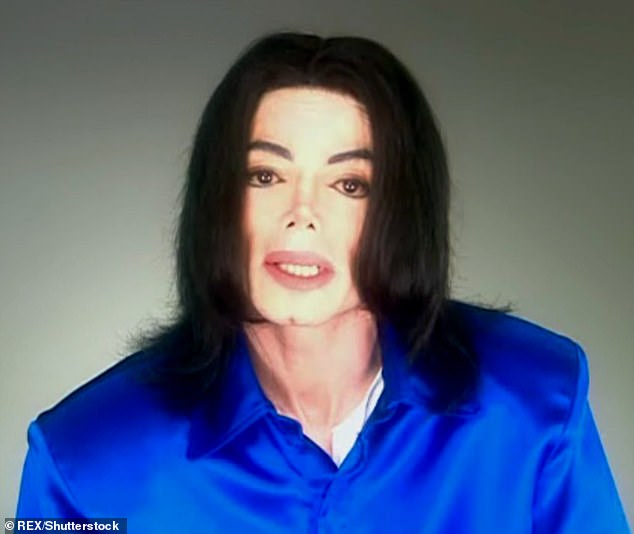 In her new floor routine revealed Friday she cut Jackson’s music from her mix, saying she doesn’t feel comfortable with his music or his moves following HBO’s documentary

When asked if the Michael Jackson backlash led to her new music mix she said, ‘Honestly, in the back of my mind it did.’

‘The goal of my routine is pure joy, and after the documentary, not everyone was feeling that way, and you can never discredit someone’s feelings. So yes, it was in the back of my mind because my main goal is to find as much joy as possible in this routine,’ she said to ESPN.

‘I just really wanted a women’s empowerment routine because it’s a big part of my platform,’ she added. 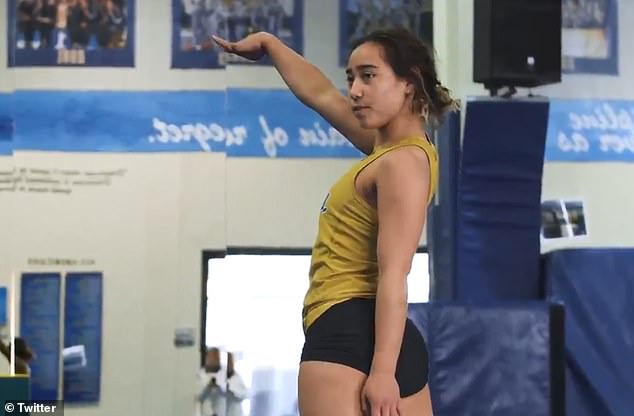 Her new routine, which was shared on Twitter on Friday, includes music from all female artists

Together with her coach they put together a new music mix that highlights all female artists instead of the King of Pop.

‘Katelyn and I have been talking about having two routines this year ever since this summer,’ UCLA head coach Valorie Kondos Field said to the outlet.

‘It was a little bit of a hard decision once we saw how much people enjoyed her routine. Could we top it? It was hard enough to get music that could top last year’s routine,’ she added.

Field says the new mix uplifting women is a ‘no-brainer’ for the gymnast champion and is sure it’ll be another hit with judges.